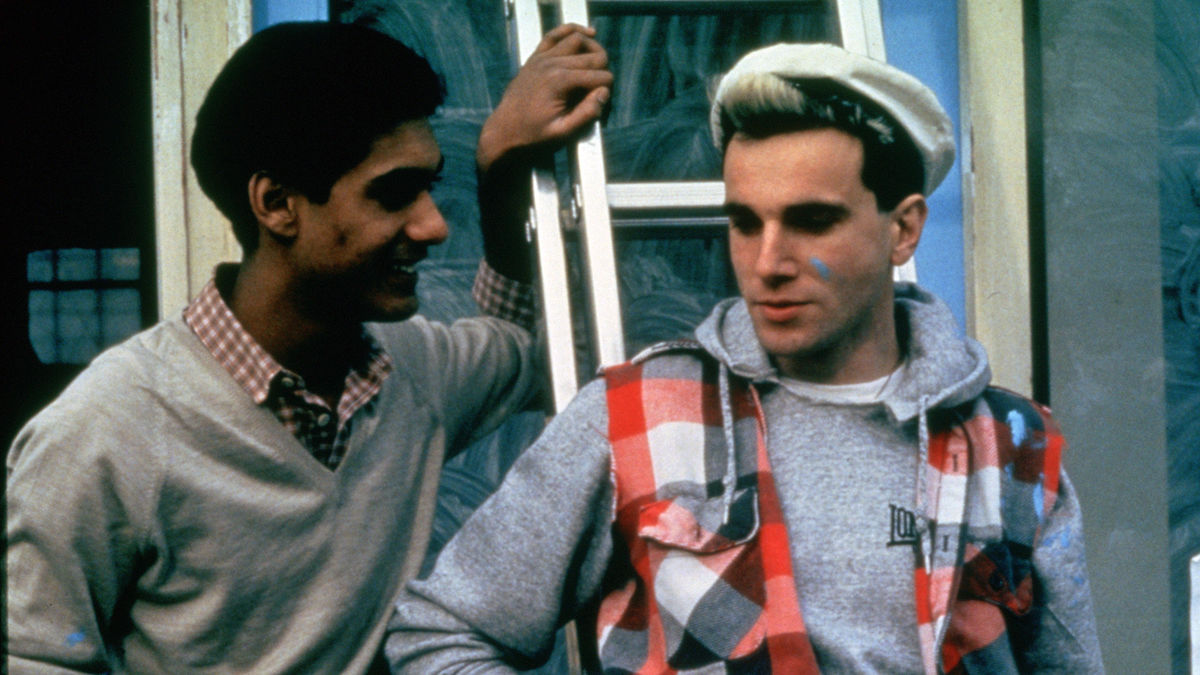 ‘Call Me By Your Name’ is a 2017 coming of age romantic drama film which is directed by Luca Guadagnino. This movie is inspired by the screenplay of James Ivory and this movie is also inspired by the 2007 novel of the same name by Andre Aciman. ‘Call Me Your Name’ is the final installment in Guadagnino’s thematic “Desire” trilogy, after ‘I Am Love’ (2009) and ‘A Bigger Splash’ (2015). This movie is set in 1983 in northern Italy. The movie starts with the character named Elio Perlman who is a precocious 17-year-old young man who likes reading, playing music and to flirts with his friend Marzia. Elio enjoys a close relationship with his father and mother, his father is an eminent professor of Greco-Roman culture and his mother Annella is a translator who favors him with the fruit of high cultures and value. While Elio has intellectual gifts and is talented at many things, he is also a full-fledged adult. One day Oliver, a 24-year-old American college graduate student working on his doctorate, arrives on the annual summer to help Elio’s father as an intern. As the movie progresses further, both, Elio and Oliver discover the heady beauty of awakening desire, which was for each other and how they loved each other.

This movie is just fabulous and tells how it is important to love someone or how far one can go to protect your loved ones (it does not matter who he/she/it is). If you guys are in search of the movie, which is just like ‘Call Me By Your Name,’ then we have got you covered as this list will cover seven different movies, which is just amazing as this movie. Films on this list will be easily available on Netflix, Hulu, or Amazon Prime.

‘Edge of Seventeen’ sets many things which are in common with ‘Call Me By Your Name.’ This comedy-drama film from 199 by David Moreton is set in Sandusky, Ohio, in 1984, just like ‘Call Me By Your Name’ was set in old times. ‘Edge of Seventeen’ also follows the protagonist named Eric, who finds his sexuality and realizes that he is into boys, but he struggles to come out as he realized that he might lose the emotional support from her friends and his parents. As the movie moves further on, this mid-American tale tells us how he learns about learning, his new life, love, sex, friends, and lover. This movie also tells us how passionate one’s love can be and how one can go beyond boundaries to achieve it and experience the love he/she was missing for the whole life.

A Summer’s Tale is a 1996 French romance film which is directed by Eric Rohmer. This is the third film is his Contes des quatre saisons  (Tales of the Four Seasons) series, which include ‘A Tale of Springtime.’ ‘Autumn Tale,’ ‘A Tale of Winter.’ This movie shared many similarities to the movie ‘Call Me By Your Name’ as the film is also set in the summertime, and the main character can be seen frustrated due to the things he faces all the time. The whole film centers around a shy maths graduate who takes a holiday in Dinard before starting his first job, and he hopes that his sort-of girlfriend will join him but soon strikes up a friendship with another girl who was working in the town. She, in turn, introduces him to a further young lady who fancies him. Now he has to juggle everything around as everything in his territory was new to him. This movie is an amazing piece of art and all the movies which are included in the series, as mentioned above. It is said that Luca Guadagnino, who is the director of ‘Call Me By Your Name’ is inspired by this film and the director.

‘À nos Amours’ is a 1983 French dramas film which is directed by Maurice Pialat and is written by Pialat and Arlette Langmann. This movie was pinpointed by the directed Luca that this film was his primary influence and calling it the one coming of the age movie. This movie tells the tale of a 15-year-old girl named Suzanne, who experiences her sexual awakening and becomes promiscuous. She is having sex with many boys, just for fun, but does not feel any love tension between her and anyone she has been with. Her family does not understand and what she is up to. Moreover, her father does not like her behavior, and her relationship with his brother escalates to violence. She continues to seek happiness in life without knowing how to love. This movie is truly considered as coming of the age movie.

As every movie on this list takes its place in the 80’s. ‘My Beautiful Laundrette’ is the movie that takes its place in the ’80s as this movie is shot during that time. This movie is set within the Asain community in South London during the time of Thatcher year and displays those who value money can make it. This movie revolves around Omar who gains the running of his uncle Nasser’s launderette with the help of his friend and eventual lover. Aside from the period, this movie is set in this movie shares a wonderful offhandedness about the core of the relationship with “Call Me By Your Name’, protagonist in this film are not attracted for the reason of being together as film want it to be but by the mutual attraction and affection which feels authentic and passionate. 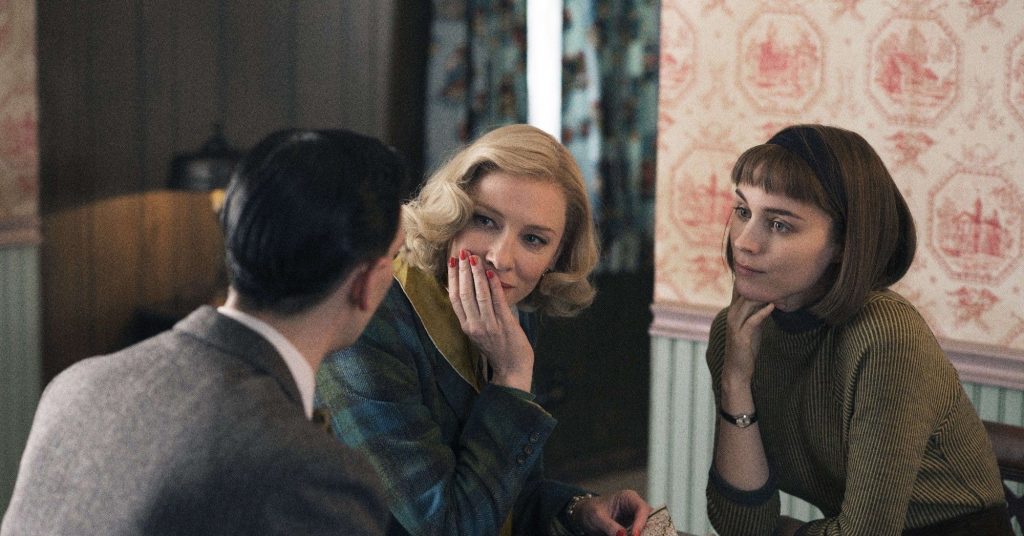 Carol is a 2015 romantic drama film which is directed by Todd Hayne. This movie is the screenplay by Phyllis Nagy and is based on the 1952 romance novel The Price Of Salt by Patricia Highsmith. This movie stars Cate Blanchett, Rooney Mara, Sarah Paulson, Jake Lacy, and Kyle Chandler. This movie takes in the 1950s in New York and it starts with the character named Carol Aird who is long separated from her husband, Harge. Their daughter lives with Carol. Harge is trying to win her back but no avail. One day, she meets Therese Belivet and is immediately attracted to her and ultimately falls in love with her. However, things get complicated when Harge finds the relationship and files for the divorce and uses their relationship as the leverage to win the custody of their daughter. This movie is filled with a heart-touching moment and truly is a piece of art. 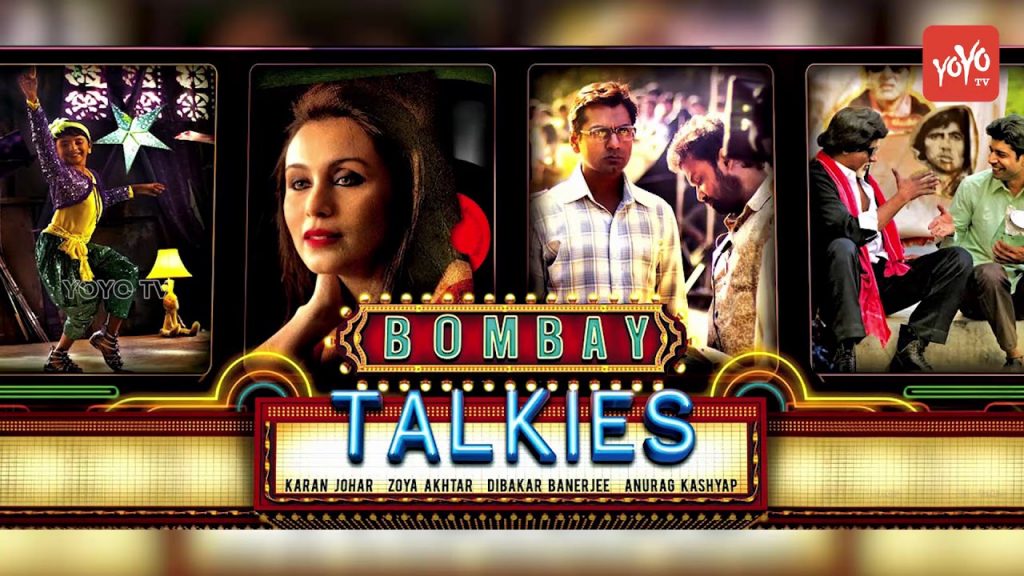 ‘Bombay Talkie’ is a 2013 Indian anthology film that consists of four short films which is directed by Karan Johar, Dibakar Banerjee, Zoya Akhtar, and Anurag Kashyap. This film was debuted in 2013, coinciding with the celebration of the 100th year of Indian cinema and the beginning of the new era. This movie is truly an example of coming of age movies as this whole movie consists of different parts and they were: 1. ‘Ajeeb Dastaan Hai Yeh’ 2. ‘Star’ 3. ‘Sheila Ki Jawaani’ 4. ‘Murabba’ all the small movies are phenomenal. Therefore all we will say is to grab a bucket of popcorn and enjoy all the short movies on ‘Bombay Talkie.’ This movie will you insights into Bollywood cinema and let you know how vast and amazing the whole industry is. 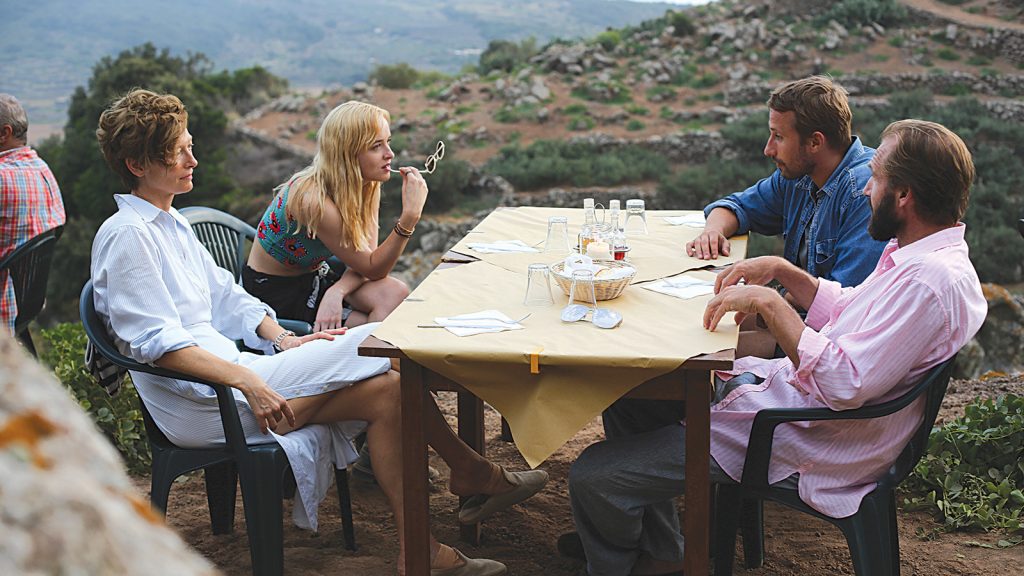 ‘A Bigger Splash’ is a 2015 psychological drama film directed by Luca Guadagnino and written by Alain Page and David Kajganich. Loosely based on the 1969 Jacques Deray film ‘La Piscine’ and named after the David Hockney painting, the film stars Tilda Swinton, Matthias Schoenaerts, Ralph Fiennes and Dakota Johnson. This is the second installment in Guadagnino’s self-described Desire trilogy, following ‘I Am Love’ and preceding ‘Call Me By Your Name.’ This movie tells the tale of high profile couple, a famous rock star (Tilda Swinton), and a filmmaker (Matthias Schoenaerts), vacationing and recovering on the idyllic sun-drenched and remote Italian island of Pantelleria. When they meet disrupted by the unexpected visit of an old friend (Ralph Fiennes) and his daughter (Dakota Johnson) – creating a whirlwind of jealousy, passion, and, ultimately, the danger for everyone involved. This movie is one of the best age of coming ever made and also heart-touching and heart-lifting movie too. All we can recommend for this movie ‘A Bigger Splash’ is to go with the straight face and enjoy the movie to the fullest and yes, watch the whole series by Luca Guadagnino, and the whole movie series consists of three movies.