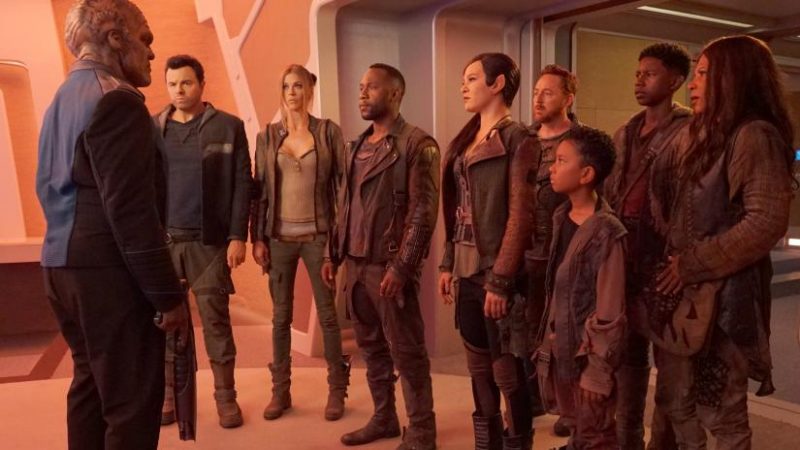 The science-fiction comedy-drama series The Orville will be returning with its third season and fans of the show are extremely excited to see how the story extends in the upcoming installment. Created by Seth MacFarlane, the show has been pretty popular ever since it made its debut back in 2017, and Fox seems to have big plans for the show as season 3 is teased to be a very exciting season, so it will be interesting to see what the creators have in store for us. Also, according to the latest reports, season 3 is moving exclusively to Hulu, and it will be released later this year. We have gathered all the recent updates and information regarding the upcoming season, so here is everything you need to know about The Orville Season 3.

The Orville Season 2 has received an average rating of 0.75 in the demographic range of 18-49, and it attracted a total of 3.16 million viewers. Compared to those of season 1, season 2 is behind by 40% and 27%, but, Fox renewed the show for the third season, however, it will move exclusively to Hulu.

Is there a trailer for The Orville Season 3?

As of now, we have no trailer for The Orville Season 3, as of now but we do have the Comic-Con Reel for the show, which you might be interested in watching.

What is The Orville Season 3 update?

The Orville Season 3 is expected to be released on Hulu in October 2020. The official update is yet to be revealed, we will update you for the same.

Who is in the Cast of The Orville Season 3?

The team of writers for the third season includes the following:

The third season of Orville is expected to finish Filming and Production by June 2020, but due to coronavirus pandemic, it looks like the filming and production of the series is going to be delayed to Fall 2020. Almost all the production studious have halted the work, that includes AMC Studios as well, as they have halted filming for The Walking Dead Season 10, as the 16th episode is getting delayed.

Tom Constantino revealed that the two-part episodes will be increased and that the storylines will not be dropped, there will be a continuation of things the fans care about, and characters they care about.

The upcoming season will be a bit shorter compared to others. The Orville Season 3 will have a total of 11 episodes, which will air on Hulu streaming platform on a weekly basis. What more is that each episode of the third season will have 12 to 15 minutes more air time than the previous season.