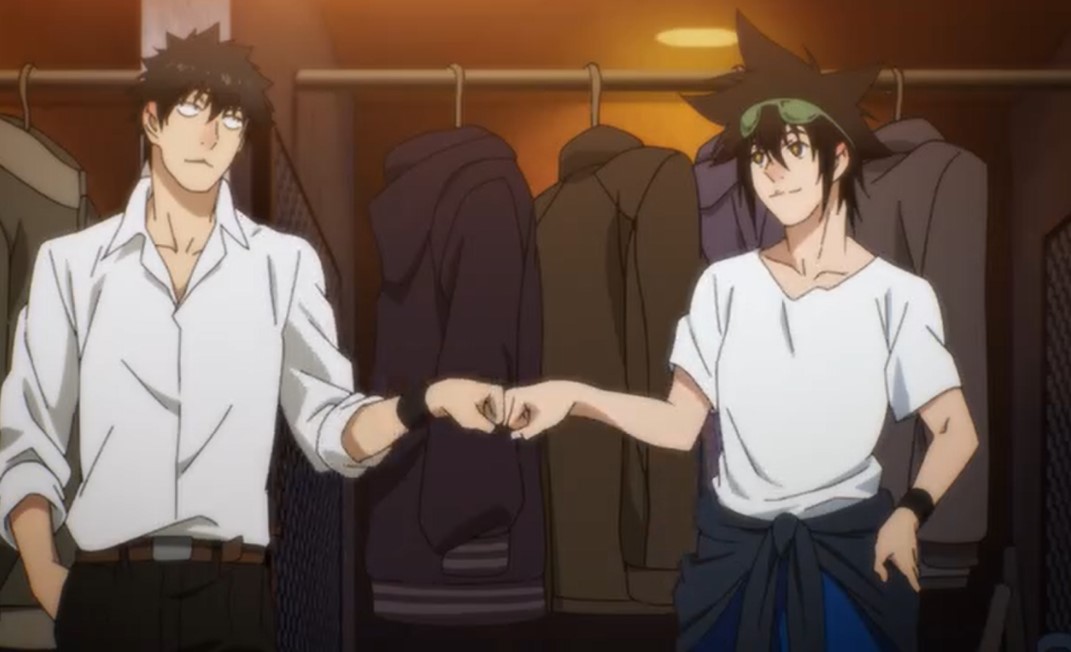 This post is about God of High School Episode 2 update, preview, and a recap. Some bosses team up at the beach and they want to destroy the life of Mr. Park Mujin since he has pick up a fight with them. Suddenly the storm came and destroy everything including all the people at the beach, the storm was sent by a powerful guy who left a cross sing symbol on the beach sand.

It is raining in the evening a small boy has nowhere to go with no one to take care of him. Later another man came and help him and told him to stop crying. He told him that he has to go to school and study hard. The boy’s name is Mori who promised his grandfather that he will make it. 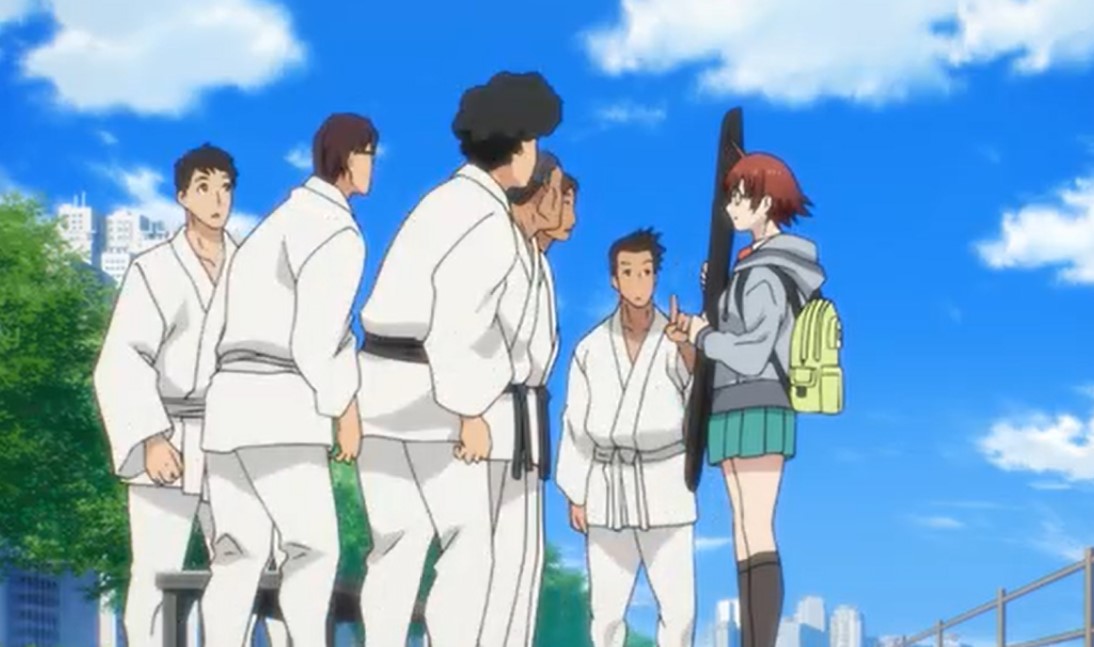 Mori is now at high school trying his best to fulfill his dream and the promise that he made with his grandfather. Mori is rushing to school using his bicycle to avoid being late on his way he met with an old lady carrying a cat in her shoulder. She yells at him that he must get off from the bike and apologize since he nearly makes an accident.

Typical Mori uses a short cut and jumps from a high distance to reach the all styles martial arts tournament for students all over the country. The tournament is being held at the God of HighSchool and city preliminaries will be held at KORGA Arena. The students are discussing about the tournaments and they want to see it live.

While showing her the direction, she shouted that she loves muscles all of them throw away their top and show her their muscles. Mori is busy chasing a guy who stole a purse from an old lady. Mori is so strong he is using a bicycle to chase a guy who is on a motorbike. Mori makes an amazing stunt to catch up to the thief but he ends up coming across those guys who are showing their muscles to a beautiful girl.

After crushing with a girl they decide to team up together and chase the thief. Fortunately, another guy manages to punch the thief and send him away. The tournament has begun all fighters have been introduced.

A battle between unbelievably strong high school students is about to begin… 👊🔥 Join us for the world premiere of #TheGodofHighSchool on Crunchyroll July 6! pic.twitter.com/iK17PBzffA