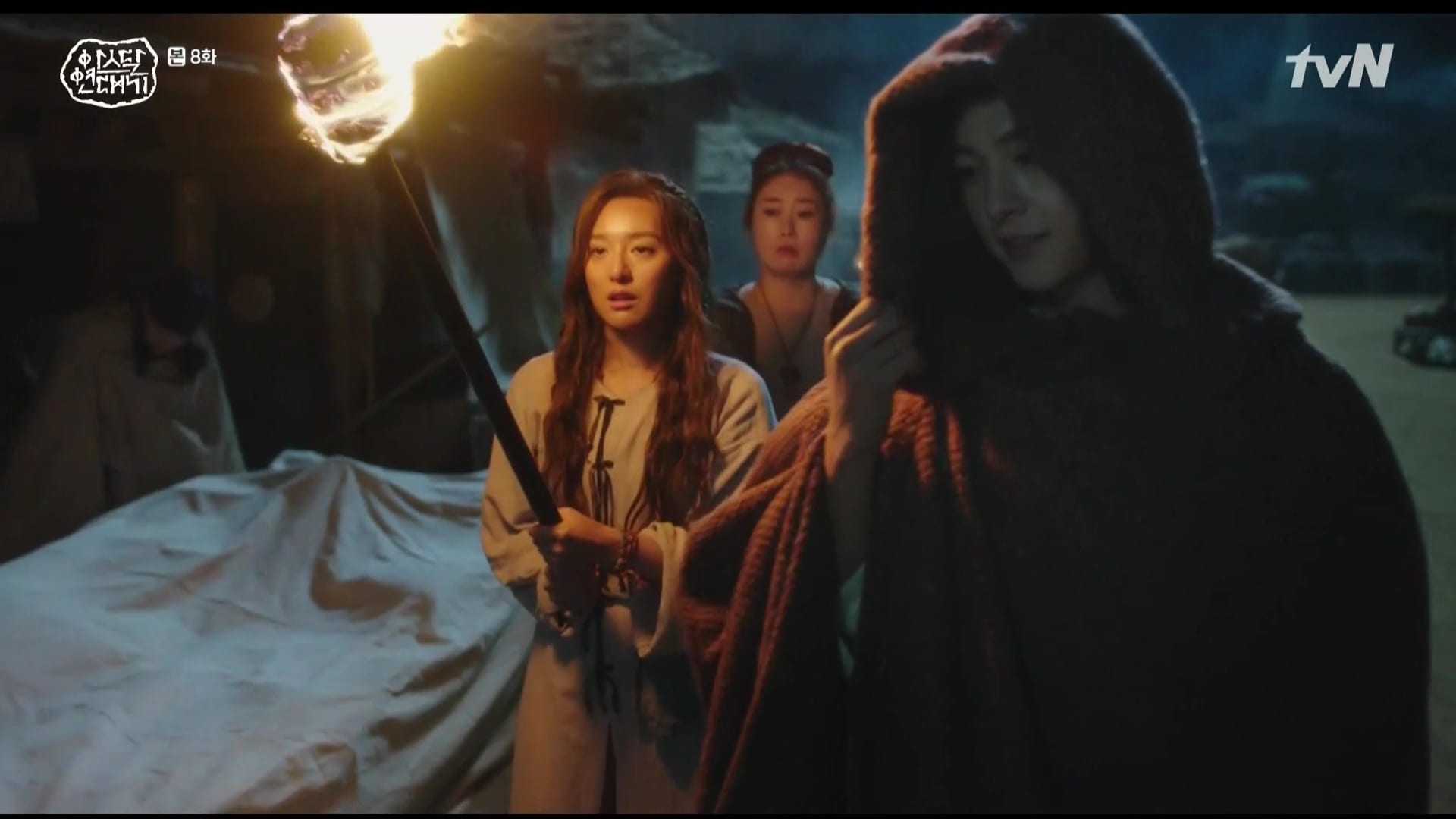 In this post, we are going to talk about Arthdal Chronicles season 1 episode 13 and 14 delays, with new update, streaming information, and spoilers. As we know, the 12th episode gave us an ending which left us with the desire of more episodes. It started well with Tanya getting attacked by Moo-Gwang, while a Neanthal coming to save her. Then she tried to get to Mubaek as soon as possible but was captured by Mihol’s servant. Also, Mihol got to know about Tagon’s plan of using Tanya to dethrone Asa Ron.

On the other hand, Eunseom had a plan to get out, as they acted like dead bodies to get an authority come down and check. They threatened him to be a part of their plan and get them out as dead bodies. While the plan seemed successful, as they will be free in the next episode. Also, we saw Tanya dancing to pinpoint Asa Sin bell, and now she is officially the high priest, and one of the most noticeable voices of Arthdal.

The show is now 12 episodes deep, as we are waiting for new episodes. However, the new episodes will not be released anytime soon, as the show will have a two-week gap before they return with the second half of the first season. The show airs on the channel at 9 PM KST in South Korea, on Saturdays and Sundays. Although, the schedule will again start from 7 September, as the 13th episode will broadcast on 7 September 2019, and the 14th episode will release on 8 September 2019.

Also, the show will release new episodes on Netflix as well, where you can watch the new episodes along with the Korean viewers. The reason being is that Netflix adds episodes at a similar time in South Korea so that all the fans around the globe can watch it together.