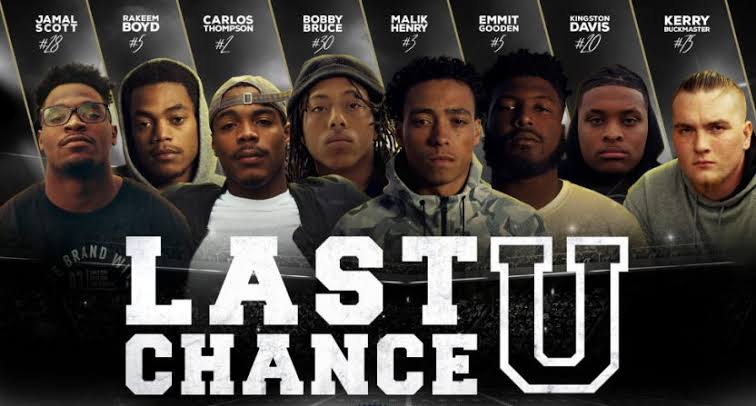 Last Chance U is a very popular show by Netflix. The third season of the show aired on July 20, 2018. It has become extremely popular over the years. The first season aired on July 26, 2016. The show has developed into something that fans can look forward to seeing every year. With the third season over a long time ago, the fans want to know whether they will get another season of Last Chance U.

So far Netflix hasn’t commented on the show’s future but, with a lot of people asking for the show to be renewed, Netflix might just make an announcement soon. So far each season of Last Chance U has aired July. If they do decide to renew it then it is highly likely to make a comeback in July of this year.

It is reported that Kansas Junior college football will provide the setting for the upcoming season four. Previously, the show has focused on the rise of Independence Community College and their head coach, Jason Brown.

The series focuses on the footballing program at East Mississippi Community College, which is one of the most successful JUCO programs in the country. It focuses on some themes which the academic struggles of the players. Brittany Wagner is the academic advisor of the team and she is featured quite a lot. Brittany has the task of making the players graduating on time. The head coach Buddy Stephens has a temperament problem and it is also placed among the themes.

The show is pretty highly rated. It has scored a rating of 8.5 on IMDB. If you are into any sports, football in particular then you ought to watch it. This show could probably bless you with the missing link that you have needed in your sports career. I would recommend adding this show to your watch list.

The show is officially coming back, and it will be interesting to see how well does it do. The next set of episodes is called Last Chance U: Indy Part 2 by Netflix. Netflix is supposed to release new episodes three days later, on 19 July 2019. So, stay ready to get more sports content. Check out the announcement tweet below!

The next season has big spoilers already out, which might not be a good sign for Pirates fans. It is supposed to be a “disastrous season on the field” as per a Netflix announcement. James Brown’s team will go out for JUCO national championship, but will “fall from grace,” which is a huge spoiler before the season is even released!