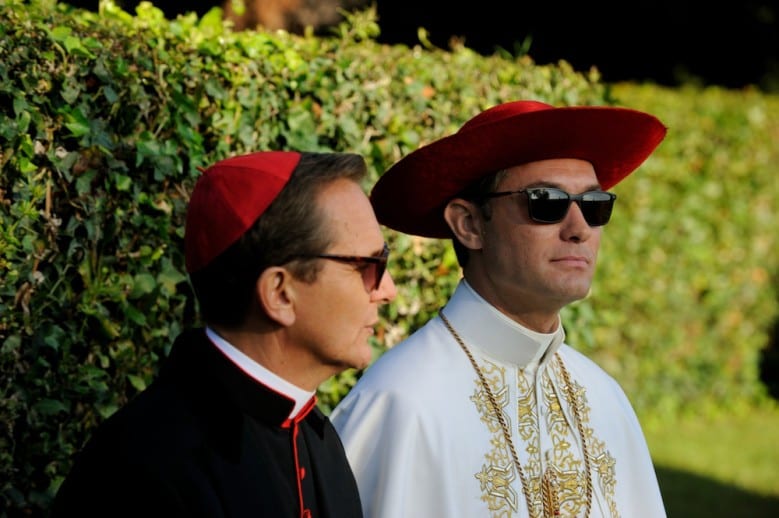 The New Pope saw Jude Law headline Season 1 of Paolo Sorrentino’s on HBO. But now we hear that Oswald Cox from the Burn After Reading is all set to star in Season 2 of The New Pope.

By now you must have guessed who I am talking about – John Malkovich. There’s a certain acting element that John and only John can bring forth with him, so his addition to the HBO drama is a big thumbs up. Not that Season 1 lagged behind in the weirdness quotient but Malkovich’s addition has just raised the bar.

HBO has done a release photo of Malkovich dressed like Lenny Belardo (Jude Law). Could it be that a different supreme pontiff is coming along our way?

It should also know that The New Pope plot will depart from Season 1, no continuation of the old story whatsoever will be seen. Earlier we were confused if Jude Law would return to The New Pope, with both Sky Atlantic and HBO have made abundantly clear that they needed to cast a new pope for Season 2. Anywho, since Malkovich has come aboard, Jude Law will also return as Belardo.

Few of the familiar faces joining Law from Season 1 would be Cardinal Voiello played by Silvio Orlando. Ludivine Sagnier – who played the Vatican guard’s wife who successfully tried to tempt Belardo. Mark Ivanir is to have a recurring role on The New Pope and so does Sharon Stone.

Certainly, the production has begun on Season 2 of The New Pope. Shooting began in Rome in November last year, before units shifted to U.K. and Venice. That would mean that Season 2 would premiere sometime in the second half of 2019. It will though come to HBO later than it’s European premiere. Unfortunately, we do not have a trailer ar this point.