By Meshack Makungo
In AnimeMixed News
on August 6, 20202 min read 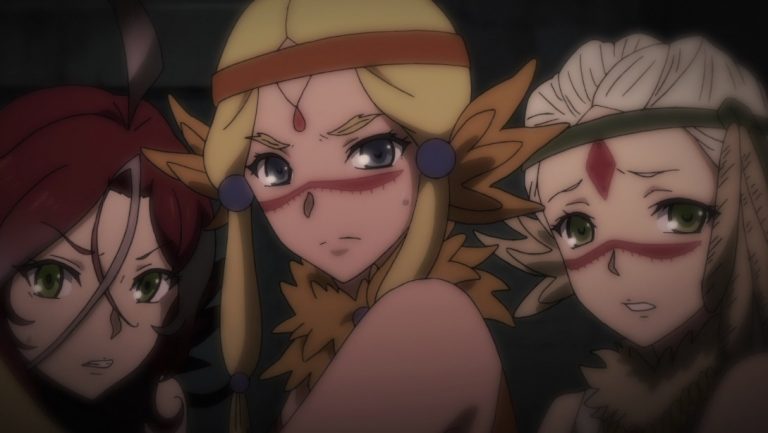 With a new episode released over the last weekend, it is about time we look forward to the next episode of Monster Girl Doctor. As usual, we will be getting a new episode every Sunday for this anime that is currently running for its first season. So the season will run for a total of 13 episodes which means that the anime will be halfway through its first season soon.

This post will be covering all the latest information and everything else you will need to know about Monster Girl Doctor episode 5 release date and the preview for the upcoming episode of the anime. On the recent development of the anime, we saw Sapphee revealing that she was actually hiding an abandoned harpy egg. But then, several bandits attacked the clinic while Glen and Sapphee managed to flee the scene.

Monster Girl Doctor episode 5 will be released on Sunday, 09 August 2020. New episodes are usually released later in the day. But due to the time differences between Japan and other regions. Then it might still be day time in some places. To get the latest episodes, you can catch them on Crunchyroll and other streaming platforms that you can make use of. But new episodes are usually simul-broadcasted via Crunchyroll.

In the last episode, we saw Glen and Sapphee running into Kunai who explained to them that the bandits that attacked the clinic are the slavers who kidnap harpies and sell the eggs as delicates. Kunai, Glenn, and Sapphee joined Skadi and Lulala on the waterways where they are attacked by archers. Tisalia happened to be nearby and managed to fend off the archers who revealed themselves as fanatics who believe that interspecies cooperation is unnatural.

Meanwhile, in the hideout Kunai duels the leader of the slavers while Skadi locates the harpies. One harpie was found to have an impacted egg from the stress and needed Glen’s help. Skadi and Sapphee fought the bandits but Sapphee regrets not telling Glen that she has an incurable disease and that her family specializes in assassinations.

When she was young, she was ordered to assassinate Glen should their family’s business fell through. Sapphee ended up getting poisoned and passed out and when she has recovered. Glenn explained everything that had happened. Sapphee decided to tell Glenn all about her secrets. Only to find out that Glen already knows about it.

We have managed to get the preview for the next episode of the anime and yo can check it out below thanks to iotakuts YouTube channel for the updates.