The latest trailer for the movie countdown revealed a new horror monster that is from this age rather than for old age. It was an app that can predict exactly when people are going to die. This movie has been directed and Written by Justin Dec, this movie makes his non-TV feature debut, the film stars Elizabeth Lail as Quinn is a young nurse who downloads the app, only to discover that she has just three days left to live.

Lail signed for the movie in March, following her breakout performance in the psychological thriller TV series You (which premiered on Lifetime last year before becoming a massive hit by streaming through Netflix). The cast also includes Jordan Calloway from Black Lightning and Peter Facinelli from Supergirl. It also includes Talitha Bateman, Tichina Arnold, and P.J. Byrne. 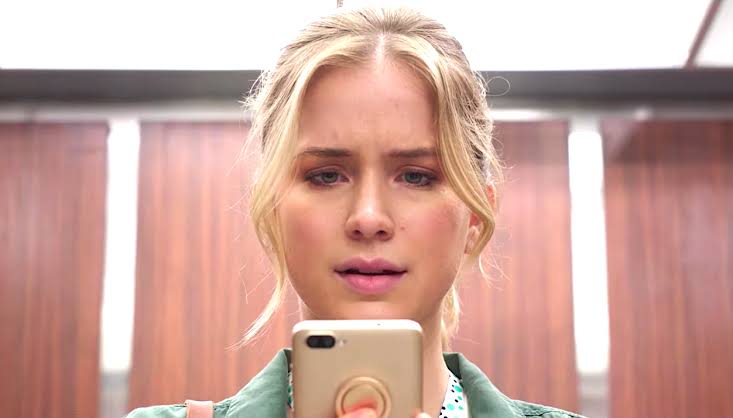 Production of the movie wasn’t that long and it clearly didn’t take very long, as the horror-thriller is already scheduled to arrive at the end of October. This movie is a little bit like the movie ring the only thing that is a difference is that it is an app that is killing people rather than a VHS. In the beginning, our protagonist doesn’t take this seriously until weird things start happing around her. Later, she begins talking to people who learned the hard way just how accurate the app’s predictions really are.

There are many other movies that are on the dark side of apps and smartphone technology either like Truth or Dare and next month’s comedy Jexi revolving around an A.I. life coach that could perhaps best be described as an evil Siri. Moreover, it looks that the is some kind of a curse that might be able to break by simply defying its prediction for as little as one second. The movie will be releasing in the theaters on 25 October which is a Friday.