Daybreak is an post-apocalyptic comedy-drama web television series which is created by Brad Peyton and Aron Eli Coleite. It is based on the comic series by Brian Ralph. It released on 24 October 2019 on Netflix. The show stars Colin Ford, Alyvia Alyn Lind, Sophie Simnett, Austin Crute, Cody Kearsley, Jeanté Godlock, Gregory Kasyan, Krysta Rodriguez and Matthew Broderick. The fans base of this show has gotten very big and the fans wanted to know when they will be getting a second season of their favorite show. 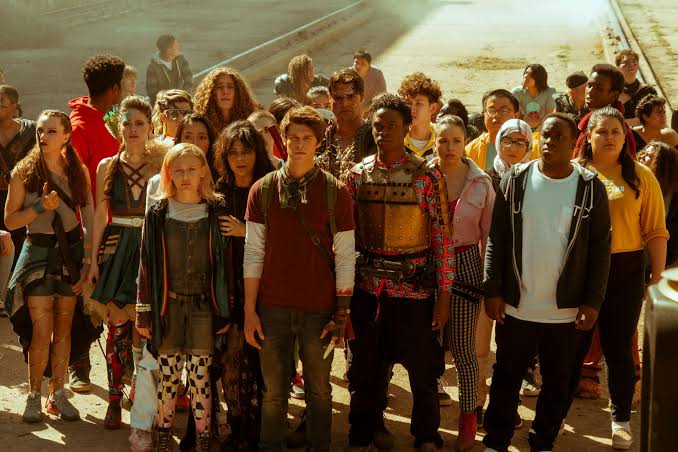 Right now it is pretty early to talk about the second season of the show. Moreover, it is painful to wait because of the thrilling finale of the first season which left us wanting for more. We that there is a lot going on between Sam and Josh, which could potentially be one of the stories that will be explore in second season. Right now, the show hasn’t officially been renewed for season 2 at Netflix. Netflix will renew the show based on viewing figures and fan response.

But, recently it was revealed that Season 2 is apparently already in the works. This was revealed by Aron Eli Coleite who is the showrunner of Daybreak. Coleite said “We are currently writing Season 2. We have the full writers room going, and Season 2 really turns things on its head.”

The streaming giants haven’t made the official announcement yet. It was also revealed by Coleite that in season 2 “you can’t trust anybody. You have to think about who is telling the story and their point of view, and how and why they’re gonna tell the story in the way they’re gonna tell it”. This is a very good news for the fans and we willthis when we get more information on Daybreak Season 2.

Rick and Morty Season 4 Episode 2: ‘The Old Man and the Seat’ Streaming And Preview

Impulse Season 3: Cancelled Or Renewed? Here Is What We Know So Far