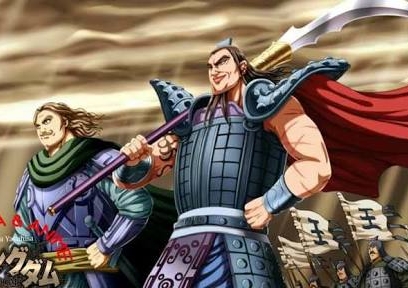 Kingdom Manga has been recently released at a faster pace, with new chapters released every week. In the latest Chapter, Riboku has groundbreaking news to reveal about his first meeting with Houken. Riboku was revealed to be one of the seekers of the path, and his responsibility was the salvation of humankind through Houken during their encounter years ago. This led to Houken later transcending the limits of humanity becoming the Martial god, Bushinn. This revelation seems to be heading to explain how humans can transcend and become the seekers of the path.

Chapter 624 will most likely build up more on this revelation as 623 only ended in the middle of the story. This could be where the root of the power dynamics of the series will be further explained. Considering the rate at which the Manga is progressing, and as there have not yet been any official confirmations, Chapter 624 will most likely be released around the first of December. Chapter 623 was already circulating the internet as of 23 November, and as it has been almost a week by now, then 624 can not be that far off.

Xin then discovered that Piao was serving as a body double for the king(Ying Zheng) as their appearances where identical. As Ying’s leadership was under threat, Xin decided to help him reclaim his King’s position. As a result, Xin was given the position of Qin’s commander in battlefields, further pursuing his goal of becoming the greatest General in the world in order to end wars and incest.

Kingdom manga began its run in January 2006, making 56 volumes so far. An anime television series was adapted by Studio Pierrot from June 2012, producing 2 seasons with the third one scheduled for April 2020.

We will keep you posted if there are any changes to this.