In a most recent blog post fr PUBG, it was revealed that a new feature that is called Inner Blue Zone. This will act as a camping deterrent as well as an indicator of where the next circle will be. There are some new rules to this which the developers have mentioned. This is only available on PUBG Labs which is a place where developers test me features before adding them into the game. They listen to their fan base and make changes so that the feature is something that their fans will love. 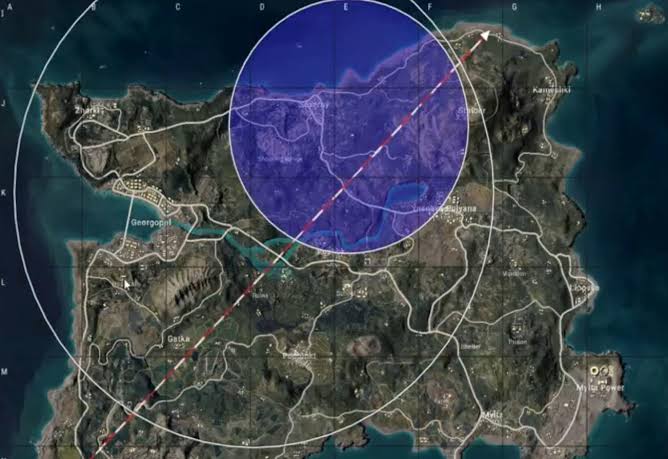 As I said, in PUBG there isn’t any indication on where the next zone will be made and what most players do is get to the center of the first zone to increase their chances of winning. These things promoted camping which a few players and the developers are trying to change it by this feature.

You can test this feature on 5 December 11 pm PST to 8 December 11 pm PST. It is available on both TPP/FPP and only available in the 4-man Squad matches. The map that it will available on will be Erangel and will have a maximum player limit of 64. You join this clicking the banner on the left bottom above the ‘START’ button. There are a lot different mechanics of the inner Blue Zone, you can see them right down below:

– Another Blue Zone the “Inner Blue Zone” appears inside the safe zone. (Except the final phase)

– The Inner Blue Zone is the same size/position as the safe zone that will proceed it.

– The damage of the Inner Blue Zone is the same as that of the next Blue Zone phase.

If you want to check out the official blog post from PUBG, you can do some by clicking right here.