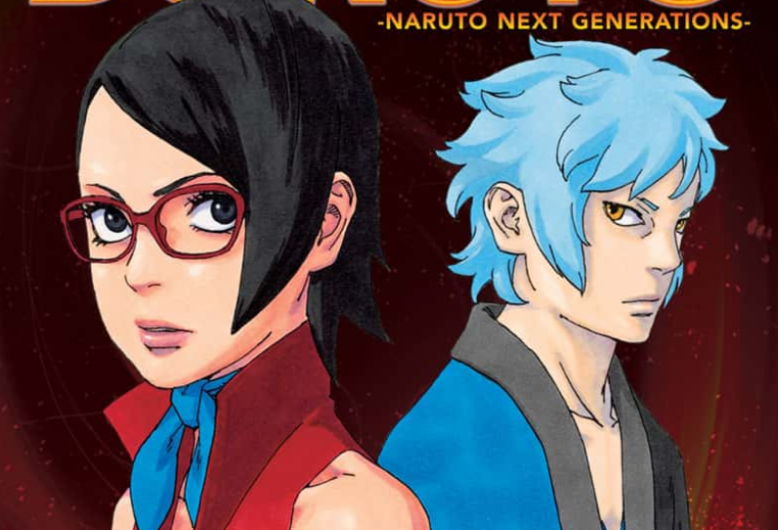 Boruto Next Generations continued its Manga release on its latest chapters as the leaf invasion continues. Shikamaru has eagerly been waiting for Sasuke’s return as he needed Sasuke’s abilities in order to go after Boruto’s group. Things got more complicated as not only Naruto was missing, but Sasuke came back in a critical condition as well. This eliminated any chance they had in following Boruto’s group meaning that there is no providing backup for them, with the scale of the enemy still unknown. As Boruto and his team are stuck in Boro’s dimension, the battle to rescue the 7th Hokage ensues. Boro revealed that Naruto is sealed inside a spherical coffin that he had with him, and only Jigen is unable to undo the seal.

Kawaki and Boruto tried to take on Boro as Sarada and Mitsuki watch from the background. Although their attacks seem to be working, Boro has very fast regenerative abilities, and he wields Jutsu that we do not know yet as he still came out with only scratches after their onslaught. Boro’s counter-attack swiftly took out Boruto and Kawaki, with Mitsuki intervening to rescue them. It turned out that all this time, Boro was weaving the hand seals for his dark mist Jutsu, which eat away at his opponents. After realizing this, Sarada went in, and the entire group retreated in order to formulate a counter-attack strategy. When Sarada had finally found a way to deal with the mist, the team prepared for a counter-attack, which brought us to the end of Chapter 40.

Boruto’s Manga has been released on a monthly basis on Viz Media’s official website with Chapter 41 Scheduled for release on the 20th of December 2019. The manga comes out around (6:00 PM IST) The Manga began its serialization on Shueisha’s Weekly Shonen Jump since May 2016 and was later transferred to V Jump magazine in July 2019.

Status: Boruto Chapter 41 Spoilers not yet out

What is Boruto manga about?

Boruto next generations came as Naruto Shippuuden’s spin-off Manga immediately after the end of the Anime series. This was after Shueisha’s proposal to Naruto’s creator, Kishimoto, on making a sequel to his original series. His former assistant Mikio Ikemoto was the one who ended up drawing the Manga while Ukyo Kodachi worked on the plot. The anime adaptation directed by Noriyuki Abe premiered on TV Tokyo from 5 April 2017 and currently airs on Sundays.