‘Maou no Musume wa Yasashi Sugiru’ updated its chapter release schedule with the adoption of its first side story on the 26th Of December, making up chapter 8.5. This means that chapter 9 will be receiving a new update. So in this post, we are going to talk about ‘Maou no Musume wa Yasashi Sugiru’ chapter 9 updates, new and spoilers. This story is also known as ‘The Demon King’s Daughter is too kind,’ so let’s take a quick look at the chapter spoilers below. If you don’t like spoilers, you can just skip to other chapter details at the end. 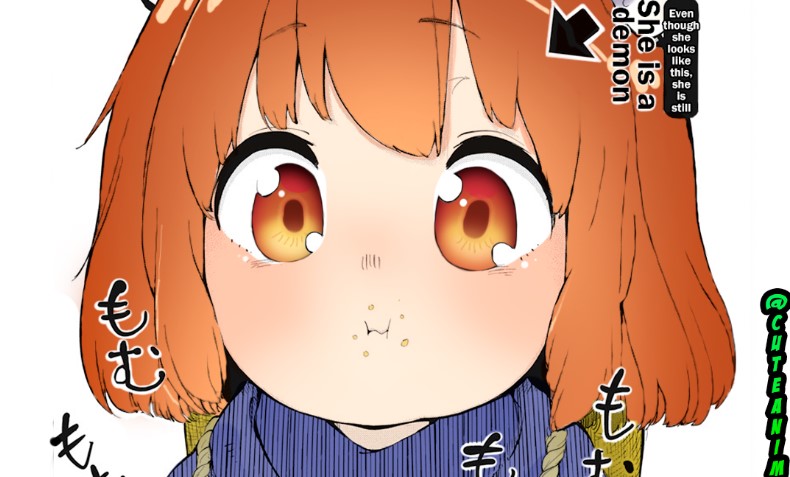 In this side story, Jahy wants to improve her magic affiliation as she saw how Acooman was very good at controlling his magic. Rumors of a vengeful spirit appearing in the roars of the thunder, and cries of the wind are circulating all over. Meanwhile, Dou is crying nonstop as she is scared of the thunders that were striking about. Chapter 8.5 consisted of 3 side stories that saw the daily life of just the demon king and his family.

New chapters for the Manga are released on a weekly schedule with the latest chapter, Chapter 8.5, released on the 26th of December. This means that Chapter 9 will be released on the 2nd of January 2020 if there are not any delays. Raw scans will be coming out  2-3 days earlier than their respective chapters as usual.

As of now, there is no official website for you to read ‘Maou no Musume wa Yasashi Sugiru’ online; they are available on the young animal magazine, so you can support the creator by buying the magazine. You can read new chapters online on Isekaiscans, but we highly advise you to support the official release as it supports the creators.

The Manga follows the story of the demon king “Ariman” who reigns above all in hell. His goal is to conquer the entire world, and unfortunately, his world conquest was brought to a halt due to a troubling matter he has with his daughter. His daughter is so kind that she would even request the demon king to bring his world conquest to a stop, and he listens to his dearest beloved daughter.