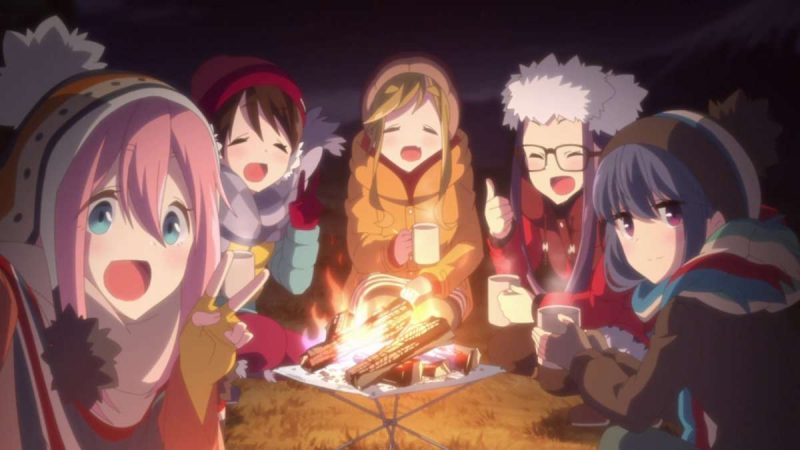 The parent anime, Yuru Camp is a slice-of-life-anime that performed quite well and received positive responses from the audiences despite having quite a simple storyline. Fans found the simple nature of the anime along with the cuteness factor associated with the characters quite attractive, and it’s one of those animes which seems simple at the beginning but, gets good once progress is made.

Fans are extremely excited for the first season of Heya Camp, and it will be interesting to see what it has to offer, as we know that it won’t be a direct continuation to the parent anime. We have gathered all the recent updates and information regarding the mini-series, so here is everything you need to know about the upcoming Heya Camp Season 1.

Yuru Camp had made quite an impact with its content, as the English version of the manga’s first three volumes were included on the list of 2019 Great Graphic Novels for Teens of the American Library Association. Apart from this, the manga also received a nomination for an Eisner Award in the category of ‘Best U.S. Edition of International Material—Asia’ in 2019.

In 2019, it was revealed that the opening song of the upcoming mini-series would be performed by Asaka. The title of the theme is ‘The Sunshower,’ and C-Station will be taking charge of the production. Other members of the crew include

The official plot of Heya Camp is yet to be revealed, however, the introductory episode, Heya Camp Episode 0 is already available on Youtube. It will give you an idea of what the anime would be.

The characters of Heya Camp include Aoi Inuyama, Rin Shima, Nadeshiko Kagamihara, and others.

Heya Camp Season 1 will be released on January 6, 2020, and it is expected to feature a total of 12 episodes. Stay tuned to Otakukart for updates.