Who Is Actually The Main Batman For DCEU’s The Flash? Brooks Barnes Addresses The Confusion!

Let’s admit it for the fact that nobody at the moment knows exactly where the DC Extended Universe is heading. From a bumpy road for their dark-toned movies that shifted its environment to lighter tones soon as Snyder left, just so that the company started embracing some success and then announcing a Batman solo project which was first set to be Ben Affleck’s Batman story but was changed completely when the actor stepped down leading the movie to follow a different universe of its own. Also, let’s not wait there. Ezra Miller’s The Flash also appeared in The CW’s “Crisis On Infinite Earths,” thus setting up a multiverse for the DCEU. Whoa! That is a lot, in fact, A LOT to explain and digest for the audiences who are still finding it hard to follow the storyline after all.

If we observe, DC, at the moment, is not looking to connect too many dots at the same time, a mistake they were making earlier, and is going slow with their developmental movies finding success in the forms of Aquaman and Shazam! which audiences are enjoying at the fullest. Thus, the future movies are also in slow development with a firm plan stating that the studio is not looking to rush into it while also delivering the fans what they actually wanted from the company initially. For example, the highly-anticipated Snyder Cut Of Justice League was brought to life by the fans and is now set to premiere on HBO Max this year.

So, one of all these projects from DCEU is the upcoming “The Flash,” which is set to star Ezra Miller’s Iteration of the titular character along with the cameos of a few Justice League members, including the likes of Cyborg (although it might not happen because of issues between Ray Fisher and DC) and two Batmans. You heard it right, “two Batmans.” One being the DCEU’s own Ben Affleck’s iteration and the other being Micheal Keaton’s iteration from 1990, which will be returning to screens after almost 30 years.

Yes, the fans are already satisfied and have an insight into how this idea is coming to light through the multiverse. The question stirring up the internet is exactly who is the main Batman for The Flash’s solo movie after reading an interview with DC President Walter Hamada. Here we are explaining how it all went down when questions were raised on the topic.

President of DC, Walter Hamada, sat on an interview with the New York Times where he addressed Batmans’ portrayal for the upcoming Flash solo movie. In an interview with Brooks Barnes from the New York Times, Hamada quoted that DCEU is set to have two different Batman sagas running alongside played by the two actors. The quote stirred up the internet and was questioned which Batman is exactly having a second saga, as one is definitely Robert Pattinson’s iteration and second? Is it Keaton’s Batman or Ben Affleck returning?

On the 2nd of January 2021, A question was raised on Twitter asking Brook Barners from the New York Times, who wrote the interview with DC President Walter Hamada. The question that came was which Batman will be following a new saga apart from Pattinson as WB is planning to do two completely different Batman franchises. Brooks Barnes took Twitter, and an answer came addressing only one name, “Keaton.” 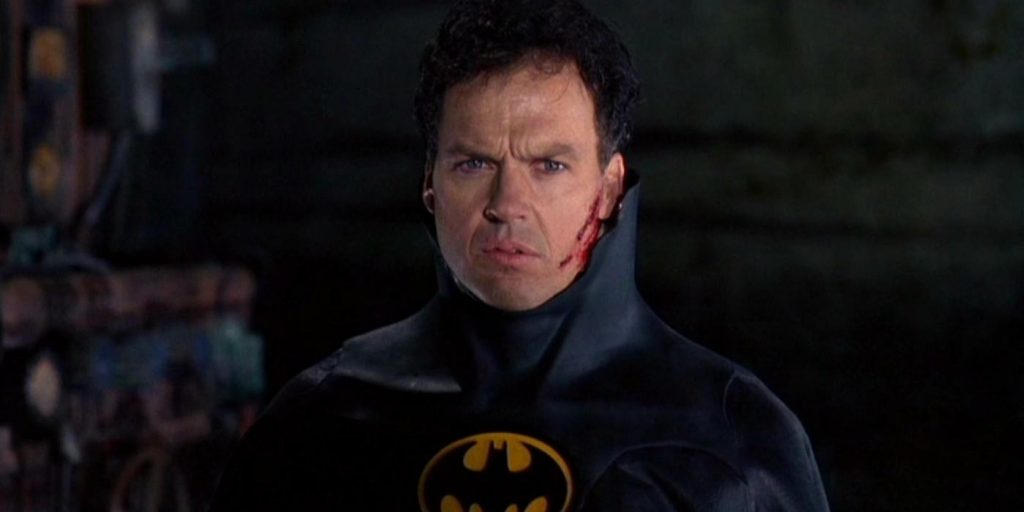 The answer heated the internet on the morning of 2nd January, and the fans already started picturing how this all might turn out. The response was such huge that even Aaron Couch from The Hollywood Reporter came to Twitter and addressed the reply by sharing a piece from one of his colleagues, which showcased a detailed report on Keaton’s role in DCEU will playout. The tweet quoted showcasing a report from June that stated how Micheal Keaton’s role in the Flash would open up several different DC films and sources that may refer to Micheal Keaton wanting to play a role similar to Marvel’s Nick Fury as played by Samuel Jackson.

From June: "If a deal makes, Keaton wouldn’t just return for Flash but possibly for several other DC-oriented film projects. Sources tell THR that the role being envisioned for the veteran actor is akin to the role played by Samuel Jackson as Nick Fury…" https://t.co/1ozBPnQlT4 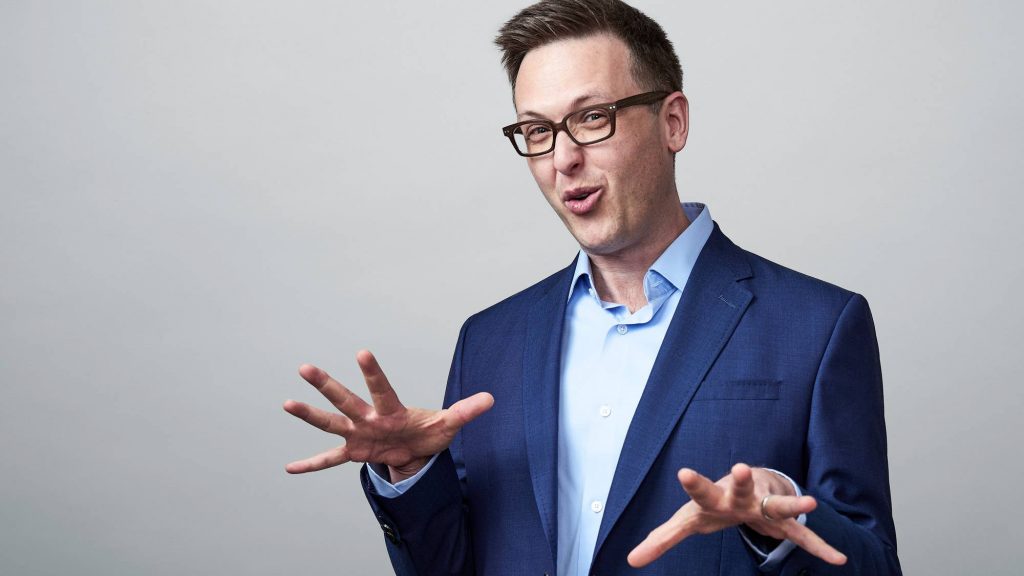 The tweet definitely brought a lot of confusion to the fandom and looking at much a heated internet, and two days later, Brooks Barnes took to Twitter and clarified his take. Barnes addressed the statement and clarified that he was referring to one film of Keaton being only “The Flash,” and there are not more than one set of films as of now. If Barnes had more information on The Batman saga of Keaton beyond The Flash, he would’ve definitely given an insight on it through his article.

So the answer is Ben Affleck is probably still the main Batman for the DCEU as of now, considering there are no plans for Micheal Keaton’s iteration of the caped crusader yet.

Been offline (moving apartments) and return to see this Michael Keaton craziness. I was referring to the *one film* that Keaton has been announced as being in, not a set of his own Batman films. If I had info on him beyond "The Flash," I would have obviously put it in my article

What To Expect Now? 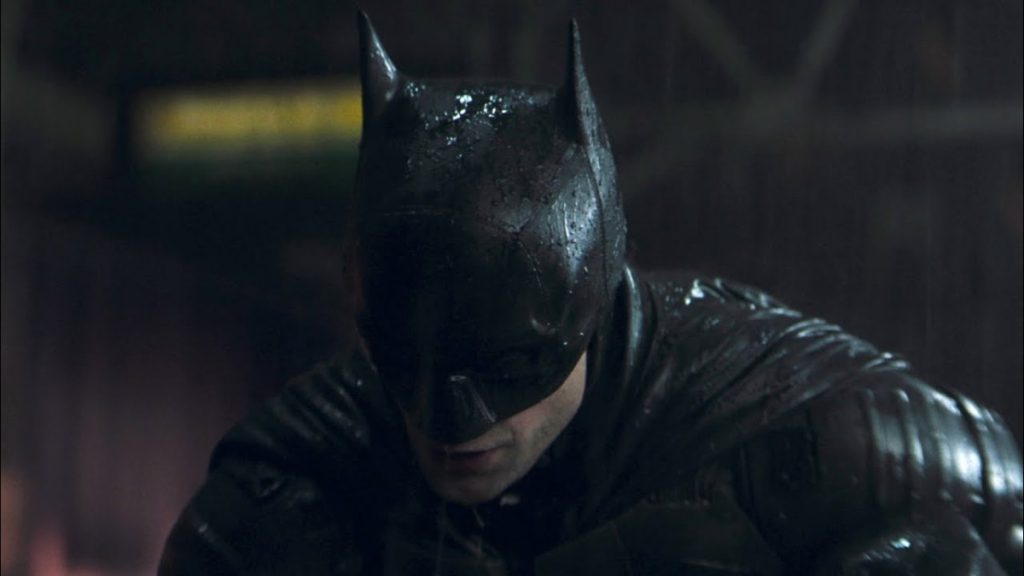 So, what DC is planning to execute is still is a secret. Ben Affleck’s Batman is slowly going out of the question even though he is set to reprise the Flash 2022 solo movie’s role because the actor himself doesn’t seem to be interested anymore. On the other hand, after Affleck exited from the character’s solo movie, The Batman (2021) was announced to follow a completely different storyline resulting in Robert Pattinson stepping in the boots of the Caped Crusader.

We are summing this up based on Ezra Miller appearing as The Flash in CW’s Crisis On Infinite Earths arc, which resulted from DC introducing a multiverse, thus bringing in Robert Pattinson, Ben Affleck, and Micheal Keaton in their own positions. We are still not sure if The Flash from 2020 will be Ben Affleck’s last take on the iconic Batman character because who knows if the upcoming Justice League’s Snyder Cut’s success may change a lot of plans. The reason is that the fans demanded and got the Snyder Cut, so if DC is happily planning to fulfill all their fan’s wishes, we might see Ben Affleck returning once again.

On Michel Keaton, as Aaron Couch said above, it seems like DC does have a lot of plans for the veteran actor, and even the fans will love watching the classic hero come in as Nicky Fury kind-off character for the DCEU. Anyways, for further DC entertainment, anime, TV show, or movies-related news, stay tuned to Otakukart.