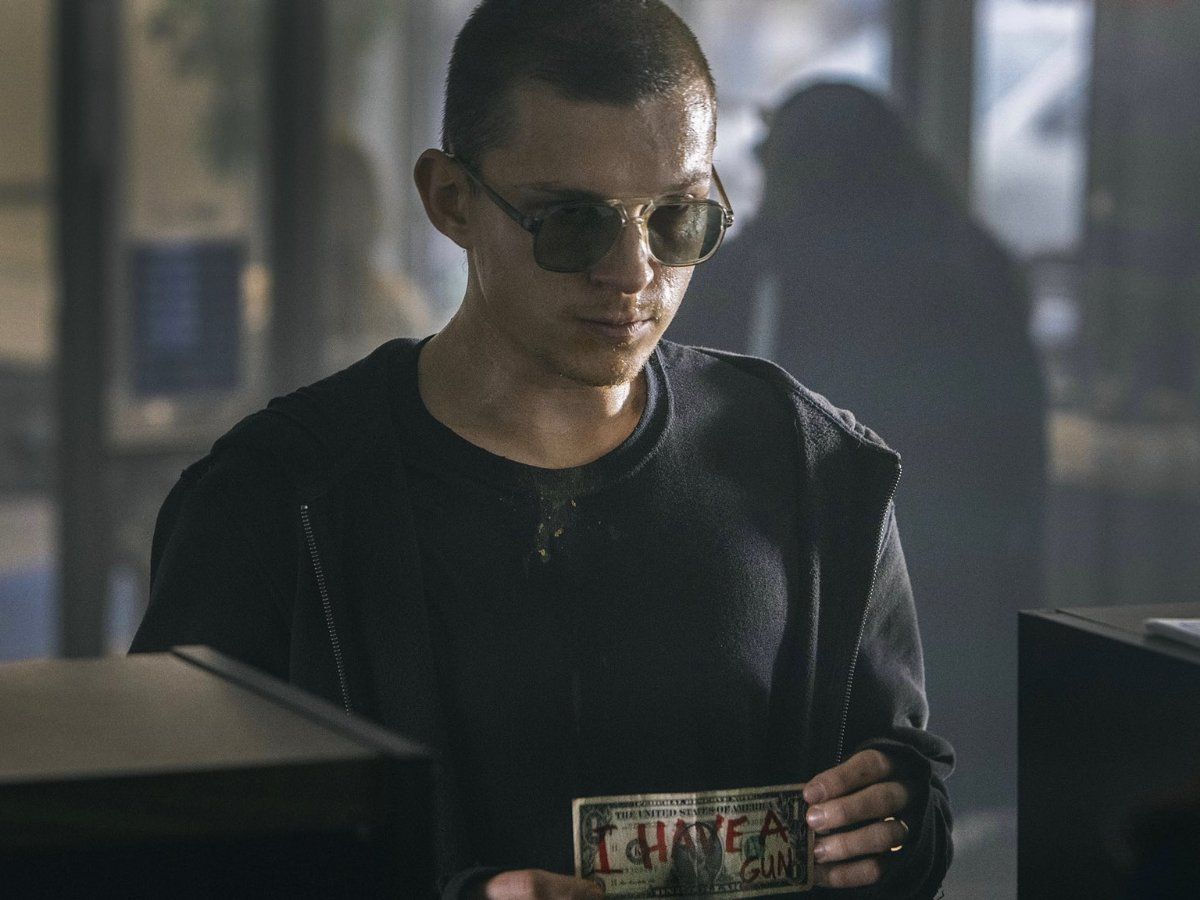 Tom Holland, as of now, has been on the road to glory, if we are speaking, because of all the upcoming movies he is slated for, with each of them getting hyped on an almost daily basis. First, of course, we are bound to mention the highly-anticipated Marvel Cinematic Universe’s Spider-Man 3, which for the last three months has done nothing but fuel fire on the internet as every detail from it comes out in public. Next, Sony’s upcoming movie adapted from the popular Naughty Dog’s Uncharted video-game titled with the same name, which recently teased a rough and rugged look of Holland along with a glimpse into all the artifacts and treasures we might see in the adventure movie. For a while, the movie has been teasing Tom Holland’s most mature character yet. The movie called Cherry is teasing for Academy Award nods; Now we officially have the first glimpse of what could be called a teaser from the Russo Brothers, who are directing the film.

Cherry is set to be Tom Holland’s upcoming crime drama directed by Anthony and Joe Russo, who will be reuniting with Holland after their highly-successful Marvel ventures. Cherry will see Tom Holland as an addictive army medic who starts robbing banks to fulfill his addiction needs. On the 9th of January 2021, the Russo brothers officially dropped a teaser trailer, giving us a glimpse of the movie. Here we are talking about everything the teaser has to say about the upcoming Tom Holland crime-drama.

After a humongous adventure in Avengers: Infinity War and Avengers: Endgame, Tom Holland reunites with Anthony and Joe Russo, who has become one of the most high-profile directors in the entertainment industry through the last decade. The movie is set to see Tom Holland in his most serious role yet, and on the plus side, the movie is also buzzed with Oscar nomination nods.

The Russo Brothers, on the morning of 9th January, dropped a minute-long clip giving us a glimpse into the upcoming crime drama. From the clip above, we may see Cherry looking for what is called “The purpose of life” as he tells the story to an army recruiter where kids of his age are trying to do something good for the country while he is crying over his girlfriend who broke up with him. The army recruiter recognizes Cherry’s feelings and intentions and uses his lack of interest to recruit him within the same day. So far, that’s all we get to see now as we have to wait for a further trailer until it arrives for the movie sooner.

What To Expect Next For Cherry? 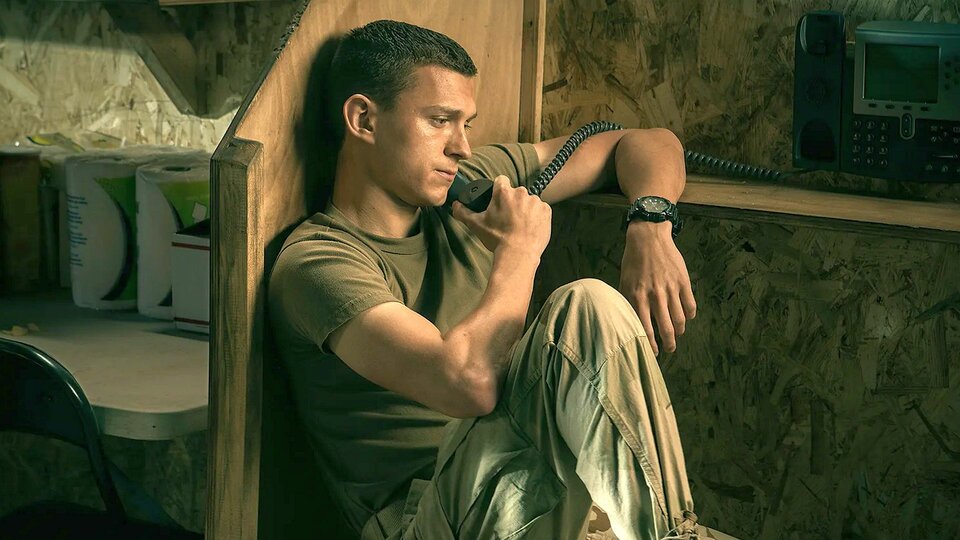 With Cherry releasing on the 26th of February 2021 through Apple TV Plus, we are bound to get a trailer in the coming weeks soon, so that’s not much far away for sure. According to Joe Russo in an interview with Vanity Fair, the movie is set to span over 15 years of the main character played by Holland, and all these 15 years will consist of 16 chapters which will have their own genre matching Cherry’s story depicting every period in the life of the titular character. Joe Russo quoted on the different genres telling that one of the stories is based on magical realism. Simultaneously, the other is horror, and another is absurdism, and then dubbed the character of Holland as in an existential crisis.

The plot, Cast, and More About Cherry

Based on the novel of Nico Walker of the same name, Cherry will see Tom Holland as Cherry, a character based on the author of the book itself as an army medic who becomes addicted and embark on bank robberies to pay for his addiction. Apart from the basic plotline, the movie will see Cherry go through different shades of his life from a regular college student to a desperate bank-robbing addict. The poster released by the studios sees Cherry in five different forms, including a student, lover, junkie, soldier, and thief. 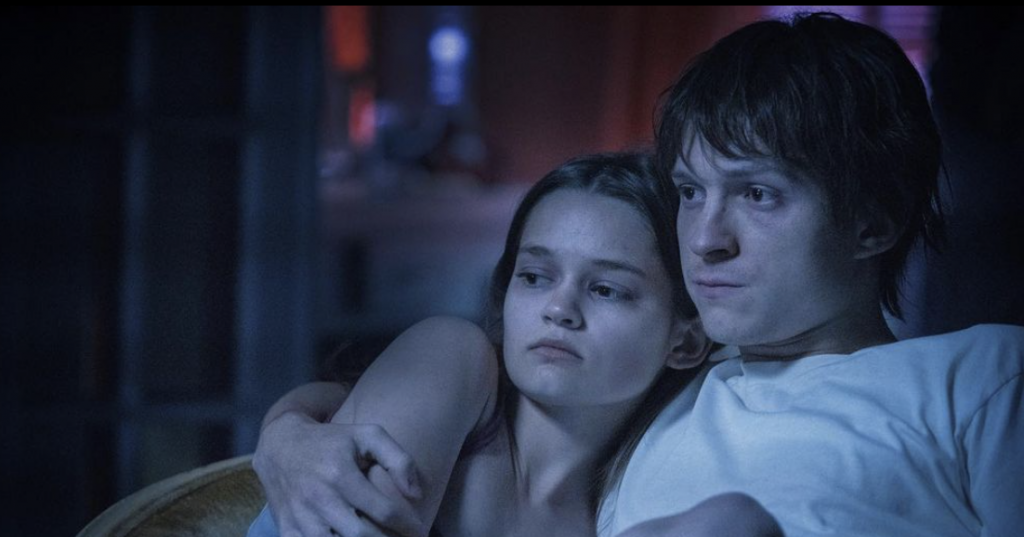 Directed by the duo of Anthony and Joe Russo and produced under Chris Castaldi, Jonathan Gray, Mike Larocca, Matthew Rhodes, Anthony Russo, and Joe Russo, the movie stars Tom Holland as the titular character along with names like Ciara Bravo playing the role of Emily, Jack Reynor in the role of Roy, Jeff Wahlberg as Jimenez and also Michael Rispoli, Forrest Goodluck, Michael Gandolfini, and Kyle Harvey. For more information, you can refer to all the related articles mentioned in this piece.

Cherry is just one of the biggest projects coming from Tom Holland, including Marvel’s Spider-man 3, which gets hyped daily with new additions and details, and the other being Sony’s Uncharted based on the popular video-game of Naughty Dog. There is a lot in the actor’s hands who has made such an impression since he rose to prominence with his appearance as Spider-man in Captain America: Civil War. On the other hand, Anthony and Joe Russo are also fed up with many huge projects in their hand with a live-action adaptation of Disney’s Hercules and spy-series titled “Citadel,” which includes stars like Priyanka Chopra and Richard Madden. So with projects like this, Cherry is one of them to look out for. We will keep you updating on the movie and more from Tom Holland and Anthony and Joe Russo, so stay tuned to Otakukart News.