Peter Dinklage shined on our screen as he adored Tyrion Lannister’s role on HBO’s Game Of Thrones and received critical acclaim and praise from around the world, winning a Primetime Emmy for a record of four times in the category for Outstanding Supporting Actor in a Drama Series. From then on, he has been a part of huge franchise movies that includes the likes of X-Men: Days of Future Past (2014), Three Billboards Outside Ebbing, Missouri (2017), and Marvel’s Avengers: Infinity War (2018). Now, the actor is all set to team up with the Academy Award Nominated and Primetime Emmy award-winning Rosamund Pike in Netflix’s latest comedy thriller titled “I Care A Lot.”

Netflix’ “I Care A Lot” is an upcoming black comedy thriller directed by J Blakeson and will see Rosamund Pike as a woman making her living by stealing from elderly people as she deceives the judges adoring the role of a legal guardian for elders until she meets her newest victim who turns out to have connections with a powerful gangster played by Peter Dinklage. Netflix recently dropped an official trailer from the movie, which is among the 52 movies Netflix is set to offer this year. Here we are breaking down what we see from the trailer and what we can expect from the upcoming Netflix Original Film. 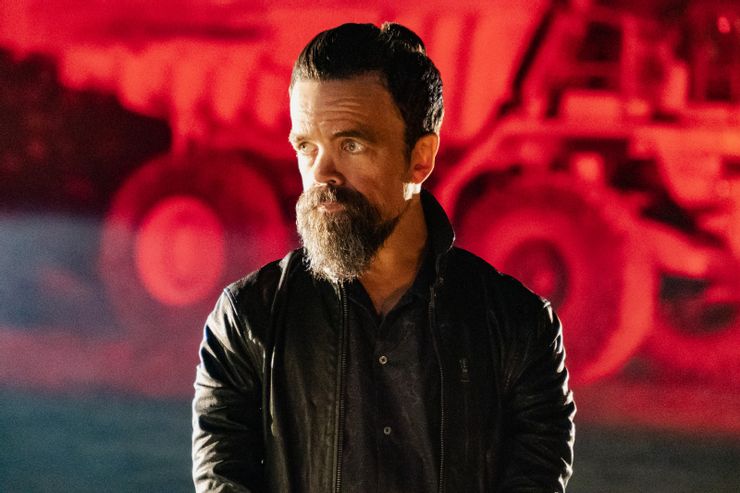 Read More: A New Trailer Revealed For “Judas And The Black Messiah”! The Daniel Kaluuya and Lakeith Stanfield Starrer Up For Oscar Nods!

Netflix’s I Care A Lot – Trailer

Recently Netflix has dropped some stills and finally an official trailer for the upcoming black comedy thriller titled “I Care A Lot,” starring Rosamund Pike and Peter Dinklage. The glimpses and trailer have focused heavily on the dark character of Marla Grayson, played by Pike, who finds loopholes in the law system as she picks up the job of being a legal guardian to assist elders while she tries to steal from them. 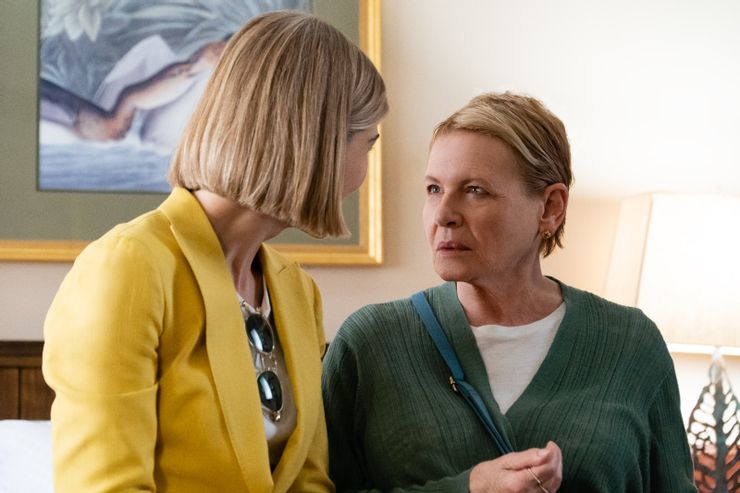 Things start going downhill when Marla meets her newest victim Jennifer Peterson played by Dianne Wiest, who turns out to be connected with a powerful gangster named Roman Lunyov played by Peter Dinklage, and soon a war between Marla Grayson and Roman Lunyov begins as she is kidnapped by Lunyov’s goons and tries to break free from the gangster. The blend of comedy and thriller delivers a strong plot and trailer from Netflix that promises a hit from the OTT Giant.

So far, we can see that Rosamund Pike is the star here who shines throughout the trailer with her amazing acting assisted with Peter Dinklage, who is sporting a new look with his hair and beard. On the other hand, the character of Jennifer Peterson, played by Dianne Wiest, has also been teased about having some deeper secrets. Anyway, the first trailer of Netflix’s “I Care A Lot,” according to us, proves that although the movie might not grab any award nominations, it still promises to be a fun and enjoyable watch for the viewers as soon it arrives on the OTT Giant. You can check out the trailer for Netflix’s I Care A Lot below:

Read More: “Stray” Trailer! A Documentary On The Over Population Of Stray Dogs In Istanbul And A Look Into The Lives Of Three Dogs!

The Cast Of Netflix’s “I Care A Lot”

Okay, the lead characters are so far played by a talented duo, so what else remains to say. Anyway, moving on, Netflix’s “I Care A Lot” will see Rosamund Pike, who is popularly known for her role in 2014’s Gone Girl starring alongside Ben Affleck, and here she stars in the lead as the smart thief Marla Grayson. Peter Dinklage, known for his performances in HBO’s Game Of Thrones and several big franchise movies, joined the new Netflix film as the second lead in the role of powerful gangster Roman Lunyov. 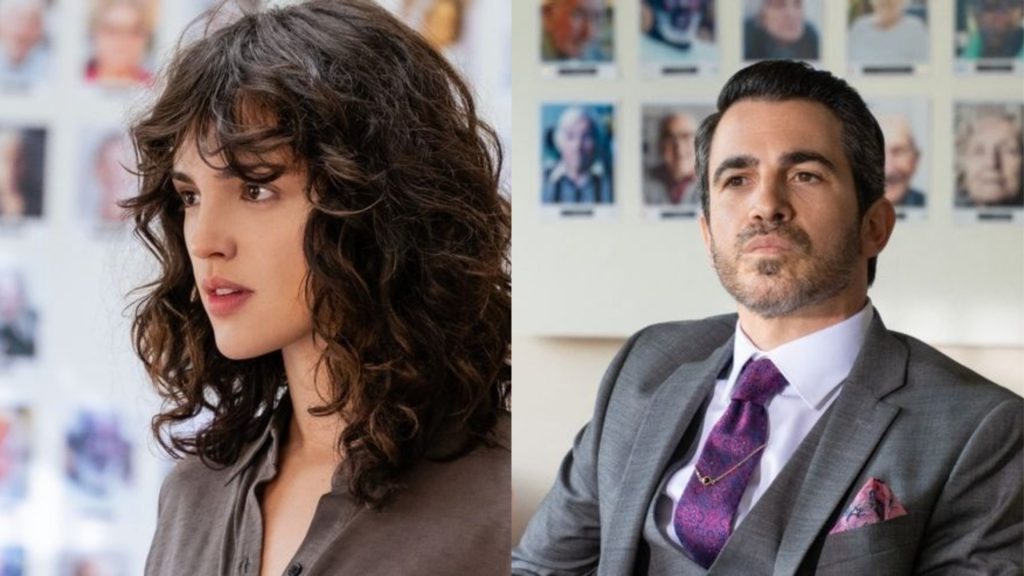 The supporting cast includes the likes of Eiza González (Alita: Battle Angel) as Fran, Chris Messina (The Mindy Project) as Dean Ericson, Dianne Wiest (Hannah And Her Sisters) as Jennifer Peterson, Isiah Whitlock Jr.(HBO’s The Wire) as Judge Lomax, along with Macon Blair as Feldstrom, Lance Norris as Eric, Alicia Witt as Dr. Karen Amos and Damian Young in the role of Sam Rice.

Release Date and More About Netflix’s “I Care A Lot” 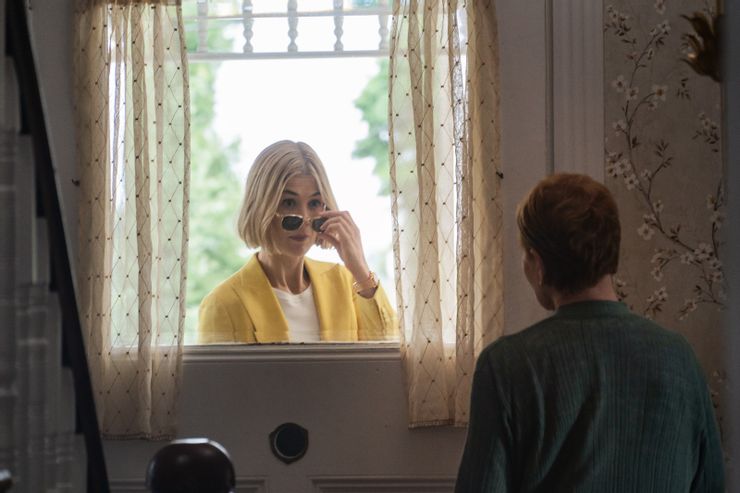 Netflix’s I Care A Lot is written and directed by J Blakeson under Black Bear Pictures’ production. The film premiered on September 12, 2020, at the Toronto International Film Festival and is set to release on the 19th of February, 2021, in most countries around the world through Netflix or else Amazon Prime Video depending on the region. Netflix’s “I Care A Lot” currently holds a rating of 96% fresh on Rotten Tomatoes based on 26 reviews with a weighted average of 7.4/10, while Metacritic has given the movie a 67 out of 100 approval. We will keep you updating on everything related to entertainment, movies, TV shows, anime, and gaming, so stay tuned to Otakukart News.

Read More: Lucifer Writers Bring A Disappointing Information On Season 5B! Is Lucifer Season 5B Not Coming Anytime Soon?