Chris Rock’s “Spiral: From The Book Of Saw”! The Horror Movie Is Set To Give “Seven” Vibes!

The “Saw” franchise is one of the most infamous horror franchises ever to grace the screens and continue to do so even today, inspiring several horror movies. The Saw movies were heavily known and remembered for their gruesomeness. The infamous serial killer John Kramer, popularly known as the Jigsaw Killer, who, rather than killing his victims directly, puts them in a set of survival games that involves extreme brutal kills upon losing or getting eliminated. After all these years, the franchise has spawned 8 movies and is not planning to stop anytime with the upcoming  Darren Lynn Bousman directed 2021’s “Spiral: From The Book Of Saw,” to star the popular comedian Chris Rock.

Recently, a new image was revealed from the upcoming ninth installment of the Saw franchise and revealed that the movie will not only be inspired by the previous Saw movies but is set to take cues from different other movies. Even the director, Darren Lynn Bousman, stated that the movie might give vibes similar to the 1995 David Fincher’s Seven. So here we are breaking down everything Darren Lynn Bousman had to say about his upcoming directorial “Spiral: From The Book of Saw” in an interview with Empire and what we can expect from the new installment of the infamous horror franchise.

Read More: All Movies from the James Bond Franchise: Ranked

Darren Lynn Bousman On his upcoming directorial “Spiral: From The Book Of Saw.”

So, recently Empire released a new image for the upcoming “Spiral: From The Book Of Saw,” and the director of the film, Darren Lynn Bousman, sat with Empire and talked about how the movie has been inspired by not only the previous installments but also some different movies and mythologies with David Fincher’s Seven being a major inspiration. You can check out the image right below.

In an interview with Empire, Darren Lynn Bousman stated that he wanted to feel the movie more like David Finch’s Seven, but the movie still has a lot of ties with the mythos of Saw. Bousman gave all the credits of this idea to Chris Rock, who initially came up with this idea and called Rock’s idea elaborate and dense. Comparing the movie with the critically acclaimed classic “Seven” is something to carry forward to. Still, a completely new idea that actually ties up with the other Saw movies is way better, we could say, for the franchise that has dipped in quality in little for the past few movies.

Darren Lyn Bousman also revealed that Saw’s upcoming ninth installment would remove much of the gore scenes and would rather focus more on characters and storytelling. According to him, Bousman quoted that Gore and Violence was a gimmick, and here Gore and Violence is no longer a gimmick and would rather serve the storyline as the movie will focus more on character, tension, and fear.

Plot Of  “Spiral: From The Book Of Saw”

The ninth installment in the Saw Franchise titled Spiral: From The Book Of Saw is set to follow the police veteran Marcus Banks and brash detective Ezekiel “Zeke” Banks along with his rookie partner William Schenk who take charge of grisly investigations that are pretty similar to the city’s gruesome past. While Zeke tries to go in-depth with the mystery and past, he soon finds himself trapped in a morbid game bent on his survival.

The Cast Of “Spiral: From The Book Of Saw” 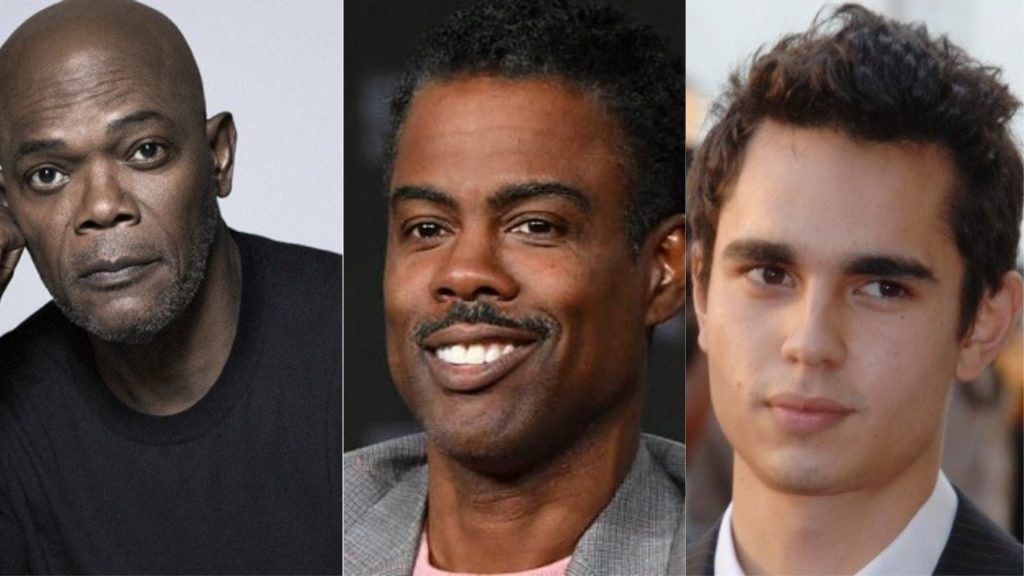 As of now, the main cast of “Spiral: From The Book Of Saw” sees popular comedian Chris Rock known for movies like The Longest Yard (2005) and Top Five (2014), and here he will be seen sporting the role of Detective Ezekiel Banks along with Samuel L. Jackson in the role of police veteran Marcus Banks and The Social Network’s Max Minghella as rookie Detective William Schenk. Fox series 24’s Marisol Nichols will also join the main cast as Captain Angie Garza and Lost Girl’s Zoie Palmer as Kara Boswick.

Release Date and More On “Spiral: From The Book Of Saw”

The ninth installment in the Saw Franchise has been directed by Darren Lynn Bousman, who has previously directed Saw II, III, and IV. In contrast, Josh Stolberg and Peter Goldfinger have carried out the writing duties. The movie is produced by Oren Koules and Mark Burg under Twisted Pictures, while Lionsgate distributes the movie.

First of all, we are definitely set to see Chris Rock taking up a tonal shift as the actor known for his comedic roles will be portraying a serious role for the horror franchise, which is something to look out for. We might see so many gags here and there and that too combined by Darren Lynn Bousman’s artistic direction, which is something to look at. 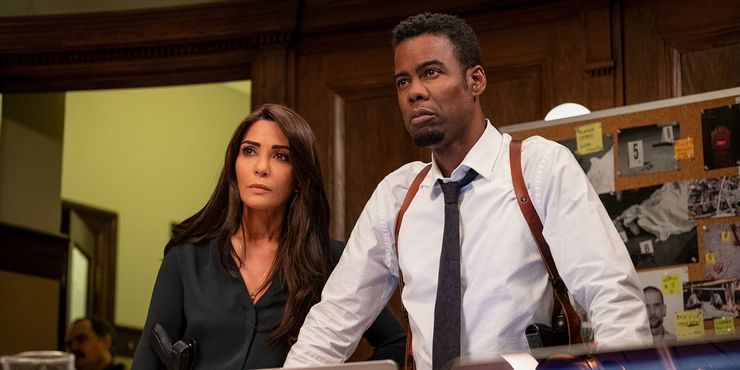 Darren Lynn Bousman is planning to take the franchise in a complete direction with this upcoming franchise, which for now we don’t know if will live up to the original movie but surely looks way better than the recent installments. The constant traps and games were once intriguing, but with time started growing old and boring, which led to a certain fall in quality for the franchise, so a new take is required, and this new fresh look we are expecting to see in the upcoming “Spiral: From The Book Of Saw.”The new image itself teases that the movie is probably going in a completely new direction and suggests that our detectives are looking forward to an investigation that kind of reminds us of the times from the city’s gruesome past.