The classic thing about Western films is those daring and valiant cowboys and gunslingers. Moreover, the way they dressed in The Old West style with a powerful personality impresses everyone. However, they do terrorize us once they get in action. In the early 90s, there has been an upsurge in Western movies. For instance, Passage West(1951) is one of the famous movies showcasing Western American ambiance. The wagon intercepting and fight sequence in Passage West are some of the great scenes. Certainly, action movies bring about an adrenaline rush. Moreover, there is nothing like western-style combat.

Therefore, to help you experience Western films’ nostalgia, here is a list of movies just like Passage West. Follow your way through these amazing classics, and get ready to watch some bandits and bounty hunters get in action. 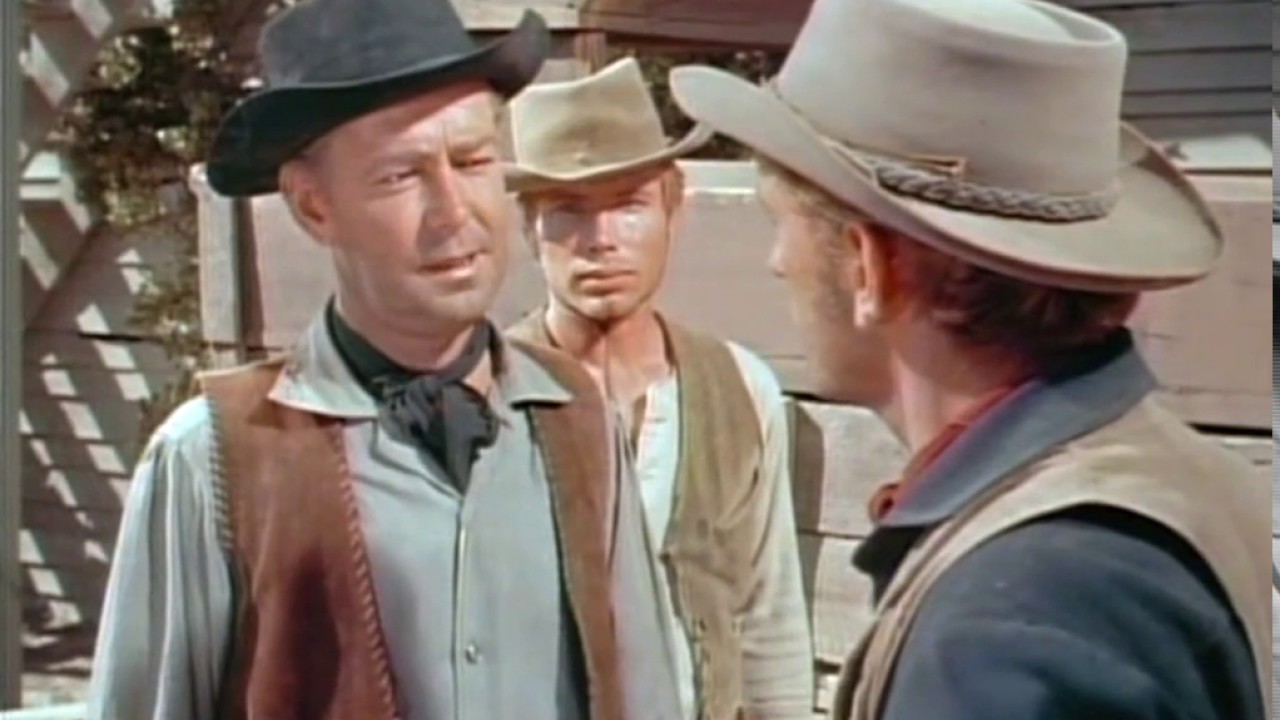 This movie has a very heart-touching plot. The Proud Rebel is a story of a widowed soldier, John Chandler, and his 10-year old son, David. Firstly, the plot opens with the John and David visiting Dr. Enos Davis. The poor little kid is struck mute after watching his mother die in a fire. Secondly, John is told that he has to go to Minnesota to meet another doctor who will operate on David. Furthermore, as he begins to leave, a flock of sheep gets in the way. But his dog, Lance, makes the path for him expertly. Unfortunately, the sheep belonged to a rancher Harry and his sons, who weren’t polite enough.

Moreover, John gets into a fight with Harry when the latter tries to steal his dog. The evil Harry tried to frame him in front of the Sheriff. Moreover, John couldn’t gather enough money for the trip to Minnesota. So he has to sell his dog unwillingly but returns disappointed as his son has not spoken anything yet. John wanted his dog back, but Harry took and mistreated him. He tricks John by asking him to take the dog back but asks his son to shoot him as a thief. Surprisingly, the little kid shouts in order to save his father. John then kills Harry and his older son and returns back with his dog and David. 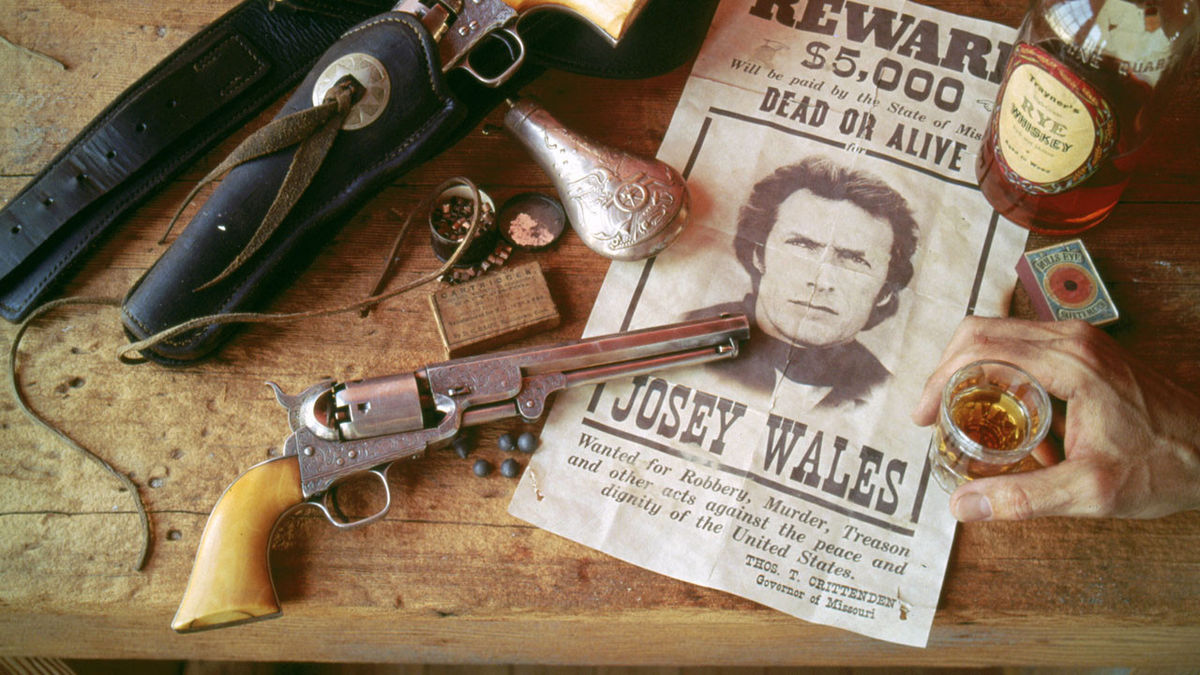 An amazing action movie by Warner Brofull of gunshots, fights, and war in order to seek revenge. Firstly, The Outlaw Josey Wales is set around the time of civil war. Josey is a Missouri farmer whose wife and Captain Terrill murders down son. Moreover, with the determination to seek revenge, Josey Wales trains himself to shoot with guns and joins a guerrilla band as a gunfighter. Thirdly, the band is eventually led by Josey, who has a bounty of $5,000 over his head. Meanwhile, Terrill is on a hunt to bring down Wales.

Furthermore, to keep his band safe, Wales decides to move to a ranch and hide there safely. However, the evil Captain Terrill is informed about Josey’s location by a bounty hunter. Suddenly, the guerrilla band is under attack, but they are prepared as well. Each one of Terrill’s men is shot down, and Wales chases the frightened Terrill. However, when he tries to use his sword after getting cornered, Josey stabs and kills him with the same sword. Finally, Josey Wales has avenged the murder of his family.

Read More: Movies Similar To The Swarm (1978) That You Need to Watch 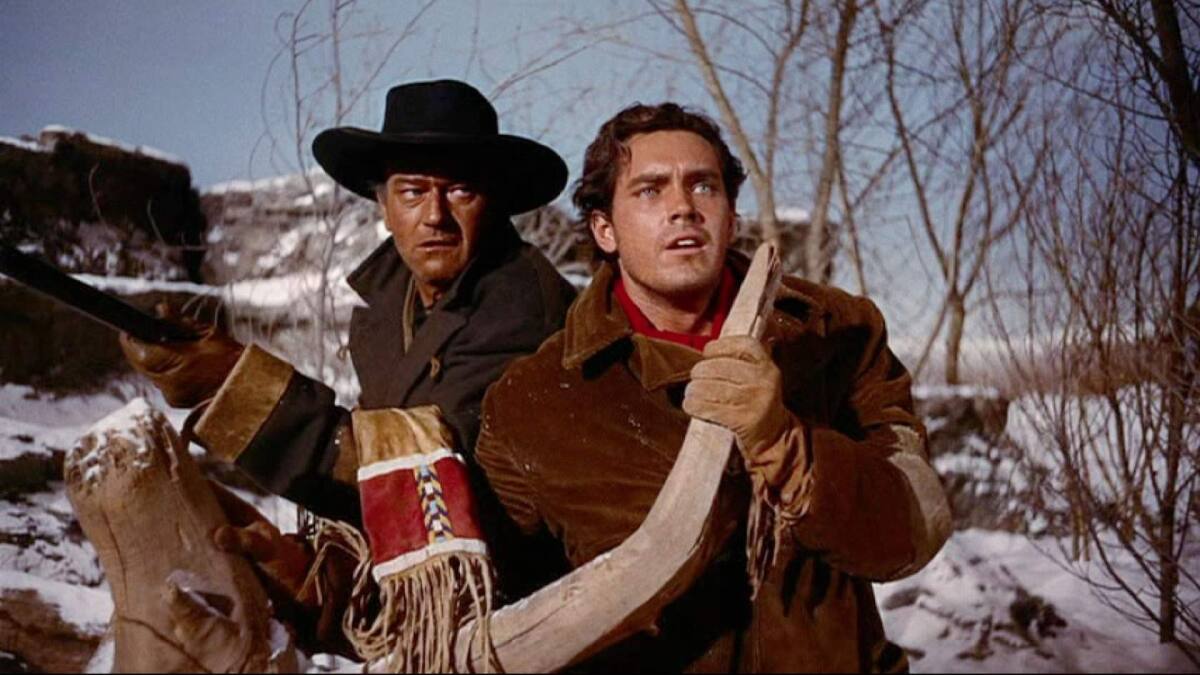 Yet another masterpiece among the Western films is The Searchers. This 1956 movie is based on a novel and takes place around the Civil War era. The plot opens with Ethan, a war veteran, returning to his home after eight years. However, some unexpected events take place upon his return that leads to some misery. Firstly, the Comanche burn down Ethan’s neighborhood and abducts his niece, Debbie. This makes him furious, but he realizes that an open attack on Comanche will be a futile move. Therefore, he goes on a search for Debbie with his adopted nephew, Martin. However, his efforts come to no result as he couldn’t possibly locate Debbie.

Upon returning home, he reads a letter from Futterman, who claims to know Debbie’s location. This time Ethan leaves alone without Martin and comes to know that Scar has abducted his niece. Apparently, Martin joins him, but they both discover that Debbie is one of Scar’s wife and wants to remain a Comanche as well. This makes Ethan angry, and he decides to kill her, but Martin stops him in time. Furthermore, on getting the news that Scar is located, Ethan kills him, but Martin is worried that he will kill Debbie. So he sneaks ahead and kills Scar himself. In the end, Ethan seems to be gentle with Debbie and takes her home safely. 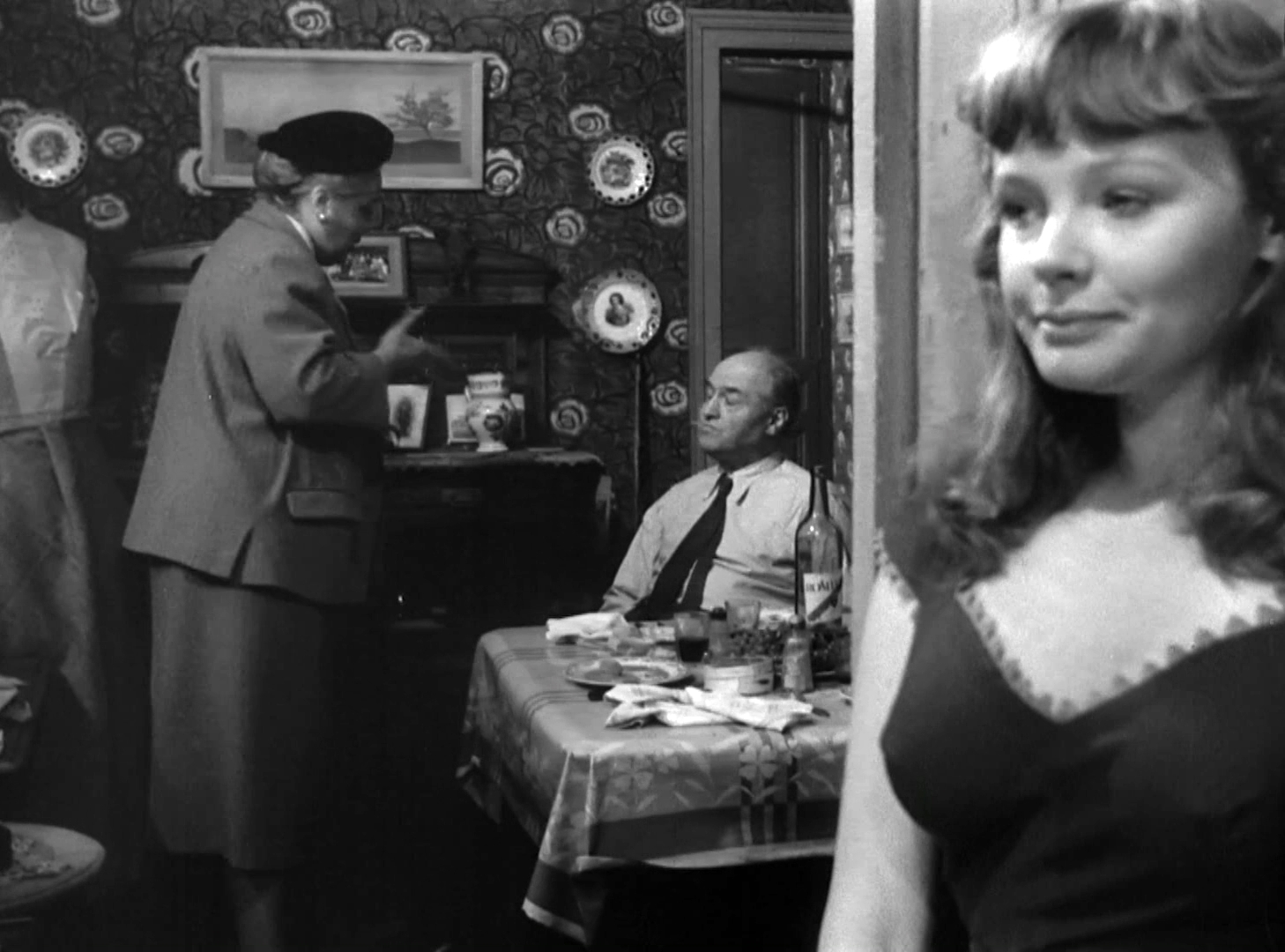 This story is about an undercover operation packed with a lot of action. Firstly, the plot opens up with civil administrator Roger Hale. He becomes a scourge of Galeston town after the war is over. However, he is up to no good and earns money the wrong way. Furthermore, Hale and his ex-lover Rose Slater move into the Grayson manor. This is the house of his childhood friend, Rockwell. Since Rock had gone to serve in the army, Hale settled in there. But Rock returns and joins hands with Hale in his ill activities. Everyone is shocked by Rock’s behavior, along with his sweetheart, Jane.

Apparently, it is revealed that Rose is by Hale’s side for his money and luxury. She even convinces him to sign papers stating that all his riches will belong to her after he dies. Apart from this, Rock seems to be in trouble. Kirby has disclosed Rock’s secret mission that he is there to dig dirt on Hale. Unfortunately, Rock is shot, but he tries to tell Jane that he is a good man. Jane forgives him, and Rock deals with Kirby to reunite with Jane again. 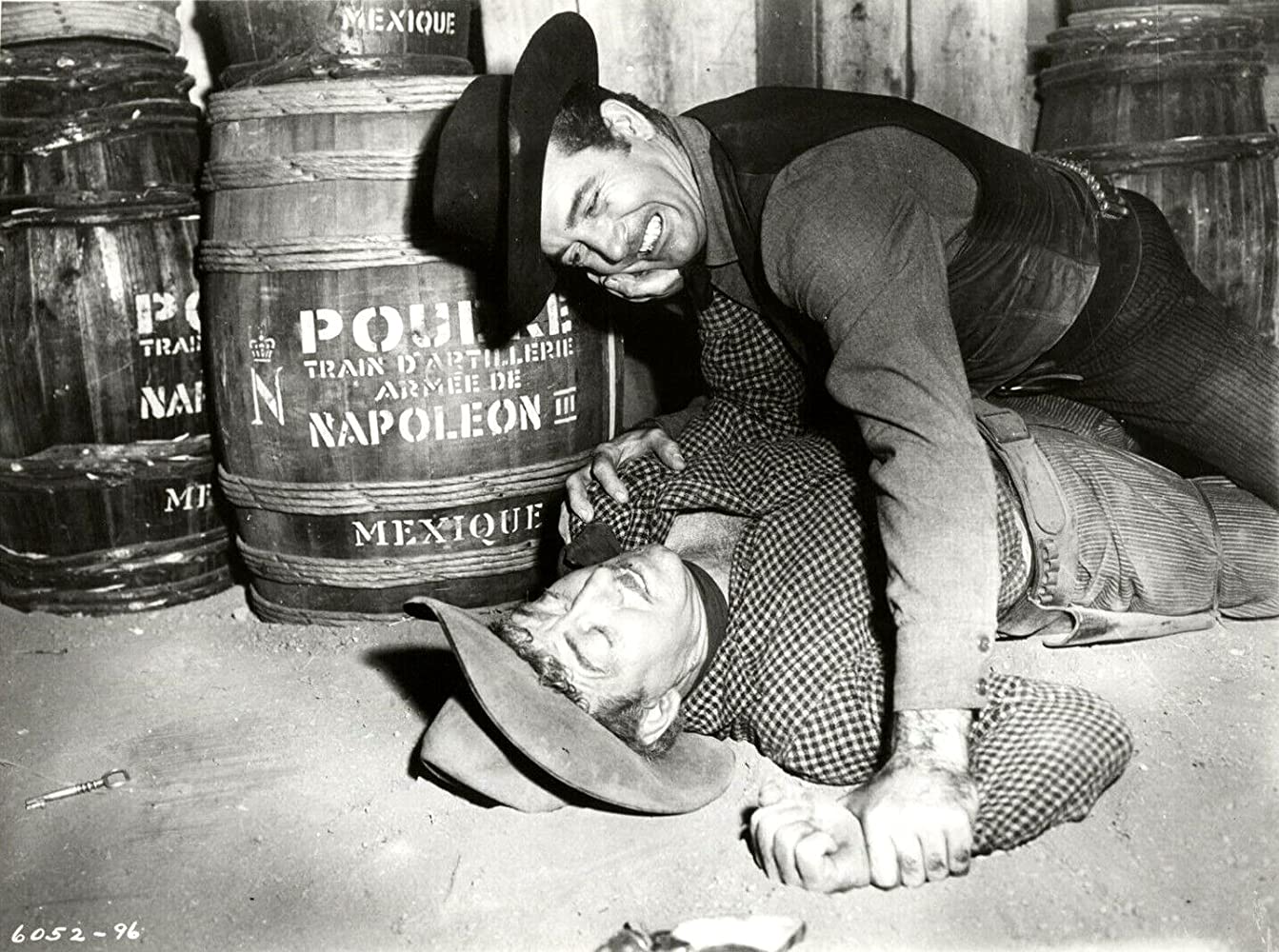 The Eagle and The Hawk is one of the interesting spy movies. The storyline runs around wartime when France is trying to invade Mexico. The guns and armor are stolen, and there needs to be an investigation of this situation. Therefore, the governor orders a Ranger and a spy to get into this secret mission. So they set upon their journey to find out who is behind the loot. Moreover, Croydon and Randolph are crossing the Rio Grande when they are held at gunpoint by a lady. The woman, Madeline Danzeeger, needed help with her stuck wagon.

Apparently, she ends up telling the possibilities of weapon stealing. Madeline tells them that a former German officer is working with the Mexican general for money. Moreover, she tells that this German army officer goes by the name Danzeeger as well. Furthermore, Croyden finds the location of missing ammunition at Dazeenger’s ranch. After this, Randolph and Croyden set fire to destroy gunpowder, which makes chaos. Unfortunately, they learn later that Madeline is the wife of Basil Danzeeger, and she holds them in prison. Croyden is tied to horses and left to die while Randolph dies saving him. On the other hand, Madeline is shot by her husband, who sees that she is changing sides.

Read More: All Movies from the James Bond Franchise: Ranked

View all of Suhasi Gadge's posts.