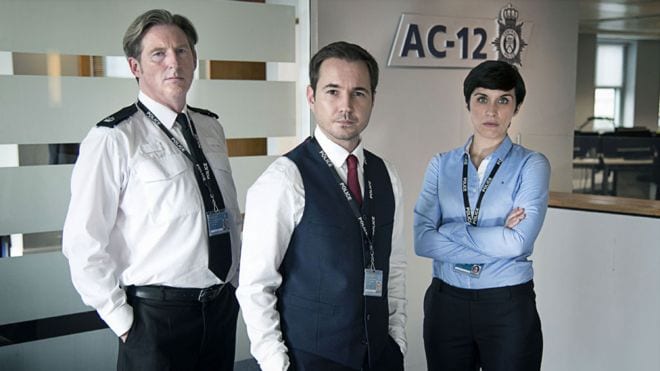 Fan favorite show about police anti-corruption unit AC-12 is all set to come back. The show ‘Line of Duty’ is confirmed and renewed for its new Season 5. Creator Jed Mercurio’s acclaimed the show is admired by viewers for the elaborateness of its plot and its nail-biting interview scenes.

Line Of Duty Season Four left viewers in a state of surprise when it aired in 2017, and followers of the show to this date are wondering about the true identity of Balaclava Man and contemplating whether Superintendent Ted Hastings is corrupt.

Although there is no official BBC has confirmed the show will return to air on BBC One in 2019. Alongside this news, sources have already confirmed Line of Duty Season 6 which is estimated to air next year, in 2020. Season 5 is confirmed to have Martin Compston as Steve Arnott, Vicky McClure would be playing Kate Fleming, Ted Hastings played by Adrian Dunbar, Maya Sondhi as Maneet Bindra, Stephen Graham as Craig Parkinson and Thandie Newton as Roz Huntley.

Line Of Duty Season 5 will follow new cases of AC-12. This new season is set around after two years later from the previous season. While Line Of Duty Season 4 was mainly focused on Roz’s endeavors and cases, it seems season five will be more fixed on the show’s regular cast.