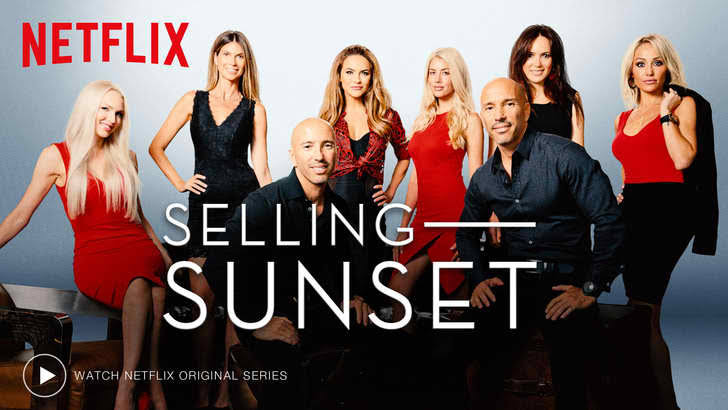 It has been quite a long time since Selling Sunset Season 1, created and produced by Adam DiVello, has released on Netflix, and the loyal supporters of the series have constantly been eying for a second season. With a package full of gossip, the dating of younger men, unexpected pregnancies, and conspiracies against one another, the series consists of all the factors that make the show— a perfect reality drama. The strong female characters, sex appeal, and intensive drama have made the show quite popular among the spectators. With this article, you will come to know about the renewal of ‘Selling Sunset,’ the date of release, casting members, production details, and the plot. Keep reading further to know about it.

As per the sources, Selling Sunset Season 2 will be releasing on June 27, 2020. Earlier it was said to be released in March 2020, but the release shifted to June due to late renewal. The first season of Selling Sunset premiered on Netflix on March 22, 2019, with all the episodes of the show been dropped at the same time. The first season consisted of a total of eight episodes. The number of episodes of the second season is still unknown.

Selling Sunset season 2 will premiere on Netflix, and people can stream the episodes there if they have a subscription to it. Meanwhile, before the second season premieres, you can catch up with the first season.

Selling Sunset season 1 star the Oppenheim twins — Jason and Brett Oppenheim, Christine Quinn, Chrishell Hartley, Davina Potratz, Heather Young, Mary Fitzgerald, Maya Vander, Romain Bonnet in lead roles. It appears that almost all the members will be present in the next season as well. Chrishell confirmed her presence in the next season. All the members are willing to come up again, but they do need to get called by Netflix in order to start working again.

Selling Sunset is an unscripted docuseries that centers the day-to-day incidents of the ‘Oppenheim Group’ owned by two brothers— Brett and Jason Oppenheim., selling residential properties to affluent buyers in Los Angeles. Prospective buyers who want a lucrative property in an around the Hollywood Hills or the Sunset Strip come forward for bragging it. The story revolves around the group of agents, a team of kickass women, as they navigate their private as well as professional lives. When the brothers recruited their sister, Hartley, as an addition to the realtor group, she has to go through a lot of trails in order to prove her worth in the group just like the other members.