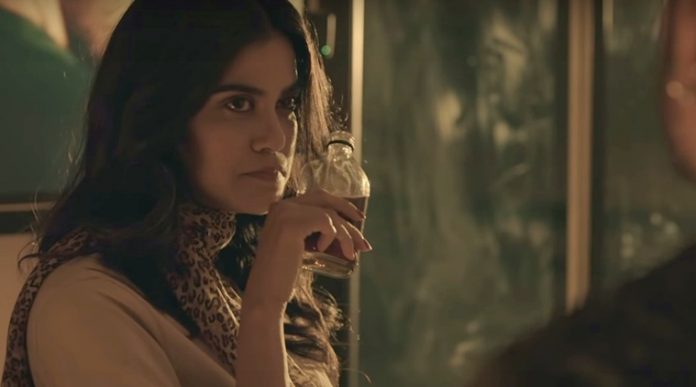 In the World of opportunities comes a girl with absolute self-confidence and perseverance to change her struggling life. Girl stands with determination to helps her family financially. Young lady taking charge as a cop looks quite unusual, but the screenplay has given enough weightage to compromise. Script inspires many Female talents who lack the confidence and strength to pursue their dreams. Aaditi Pohankar fits the lead role as a struggling woman proving herself with her potential ability.

‘She’ is a female-centric crime drama; we are going to be talking about the release date of the second season hasn’t been officially announced yet. First Season was directed by Arif Ali and Avinash Das. Imtiaz Ali takes the responsibility to create the series. Ali has directed many romantic love films before it’s his new avatar in creating a web-based series. Casting crew included Aditi Pohankar, Vijay Varma, Vishwas Kini, Dhruv Thukral. The First Season was exclusively launched in Netflix on March 20, 2020. The first season of the web series consisted of seven episodes. The initial response of the Female centric web series looks quite good. Screenplay clearly portraits that the story has undergone several background and street work to get its absolute perfection on screen.

It has received a positive response from the critics with few suggestions. Aaditi Pohankar features as Bhumika Pardesi in this web series as a female cop undergoing hardships prooving her potential ability in the Male dominant Police sector. Bhumika enters the police department for her bread and butter to support her family. she faces many problems personally and professionally. Her father was missing for the last 13 years, a mother suffering from a serious illness, and her dotted sister is a rebel. Bhumika is married, but her husband left her alone. She hasn’t seen him for the last couple of months. In struggling life, she is compelled to prove herself in the Mumbai police department. For an undercover operation, Bhumika dresses up as the sex worker along with prostitutes roams around the city to catch the big fish, Nayak. She faces innumerable threats and warns from the fellow workers undergoing serious hardship. Even though the series is portrayed as a female-centric, it involves many hard scenes to digest.

The transition of the lead woman character clearly shows the plot planned. Pohankar has established her acting skills, which show the amount of training and practice she underwent to encrypt the undercover lady cop role. Vijay Varma enters the story in an undefined character part and finally becomes a victim. Pohar appears on the screen as a different cop woman with her utmost dedication towards her work, With very hard and indulgent nature. We have seen many such female-centric movies and web series in the past. This one looks quite different from the rest. We have seen many female talents coming from the deep interior of the country struggling hard to prove their talent.

Bhumika faces a lot of influence from their fellow peer due to her face value. The lead role gets into trouble every then and now, due to the idea of empowering women in society. Bhumika doesn’t look like a normal girl with million dreams in her eyes and innocence in her face. She looks more of a struggling category woman who keeps who has fought for her family’s bread and butter. Director has portrayed the struggle of single women in the male-dominant society. Though the Hindi web series fails to grab the attention, its well appreciated for taking a new script and working out. Season 2 is expected to be more interesting than the dull season 1.

She Season 2 is expected to release in March 2021, there is no official confirmation from Netflix at the moment. We’ll update you with release date once it gets officially announced from the production.