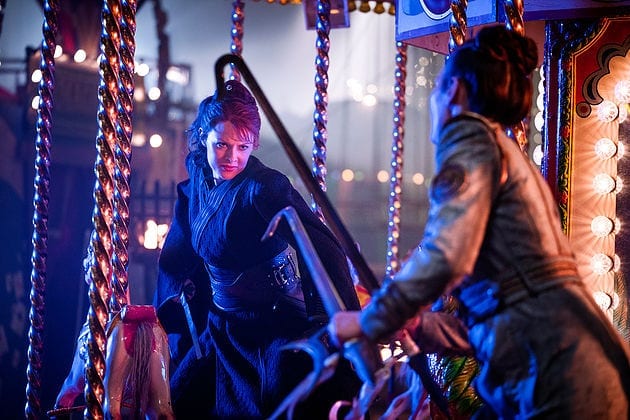 In this post, we are going to talk about Into The Badlands season 3 episode 14 update, where to watch, and spoilers. But before that, it would be essential to know that the thirteenth episode was not broadcasted while creating this post. We are here to provide all the information available about the next week episode, which viewers would need after watching today’s episode. But first, we would discuss what is supposed to happen this week.

As we know, Pilgrim and MK attacked the Monastery and fought the Master; now their main goal is to wake up the dark ones. Also, Sunny would be discovering a known face working with Black Lotus, who is the newest antagonist in the story, and nobody can forget Bajie’s wound, although I still believe he would not be dead. Also, The Widow will be determined to clear all the chaos that has been prevailing right now. Now, let’s talk more about the fourteenth episode.

The show is also available to be watched online on the ABC app, which is the official and the cheapest way to watch any of the ABC shows online. Furthermore, there are many online streaming services such as Hulu, Roku, Sling having ABC channel, where viewers can watch Into The Badlands at the mentioned time. The next section will have spoilers from the future episode.

In the next week’s episode, we are supposed to see Sunny, Bajie, and Kannin go to the Badlands. Although the sentence itself is a big deal, and it also confirms that Bajie would be alive in the next episode. Moreover, The Widow would be platting against Pilgrim, and her plan would include Cressida and Lydia in the crossfire.