During the recent chapters, it was revealed that even after hearing Emma out, Norman will still push through his plans of demon eradication. In The Promised Neverland chapter 132, the Queen’s plan was also revealed: wiping out the problem before the Tifari, or the special feast for the demons. If the Royals are as powerful as Lewis, this would be a problem for both Emma and Norman. This chapter also shows how the Queen and the whole kingdom of the demons are more massive than imagined.

It seems like things are going according to Norman’s plan. He and his team will attack the farms to spark dissatisfaction among the demons. Because of the dissatisfaction, the monarchy will have no choice but to do a countermeasure. It was also revealed that Norman and the others plan to kill the five royals that serve under the Queen. The five royals are needed to be eradicated because they are a big hindrance to Giran’s plan.

Meanwhile, we’re also going to find out where will Emma and Ray ended up after opening the door. For some reason, they will end up in the Gracefield House, where they were raised and taken care of by Isabella. 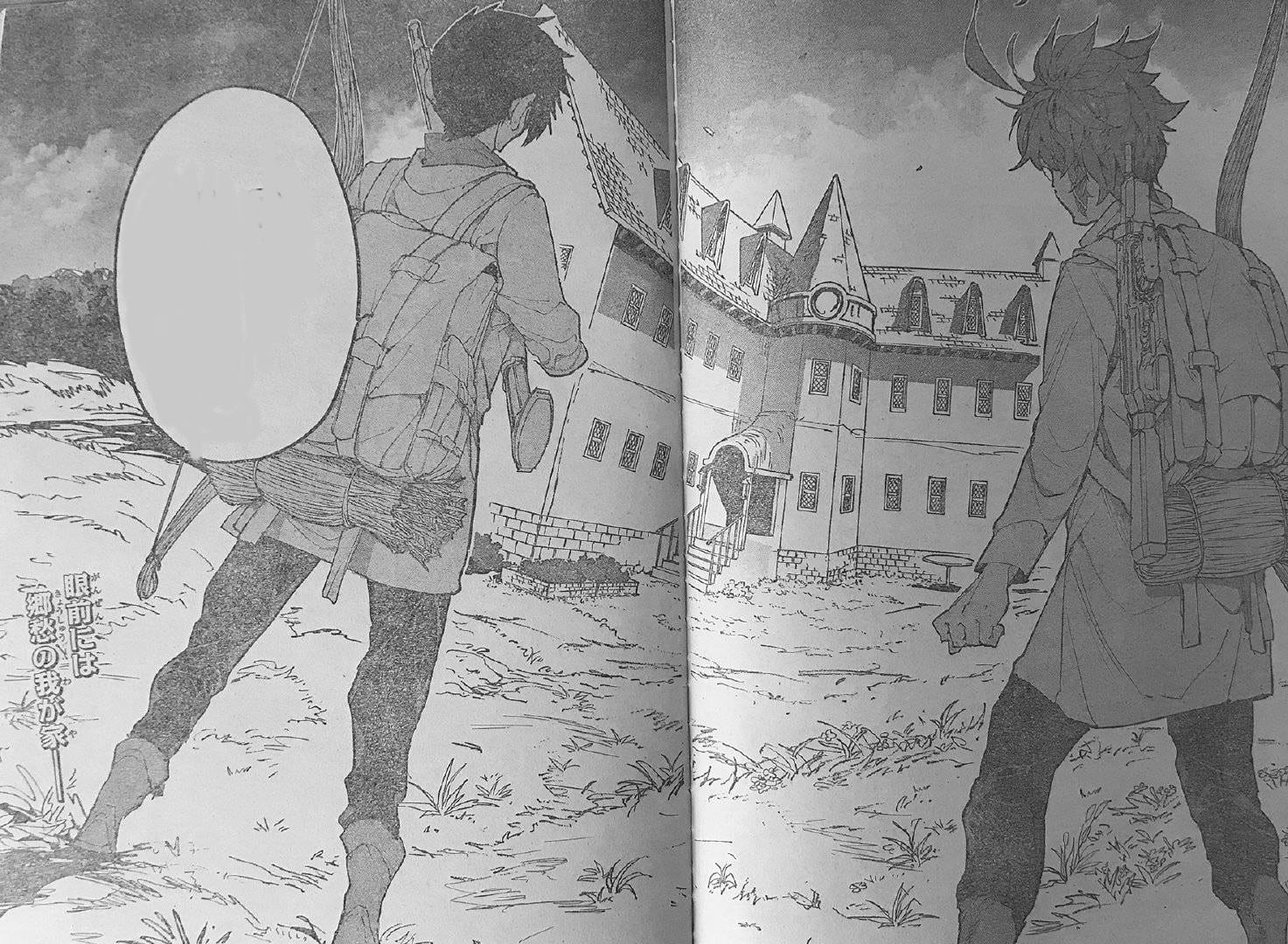 Gracefield House was burned when they escaped a few years ago. Phil and the others have been relocated to other farms, and the last thing we know about them is that Phil was interviewed by Andrew. It is pointed out that this house might be an illusion made by the Demon Boss. We’ll see how the negotiation would turn out in the next chapters.