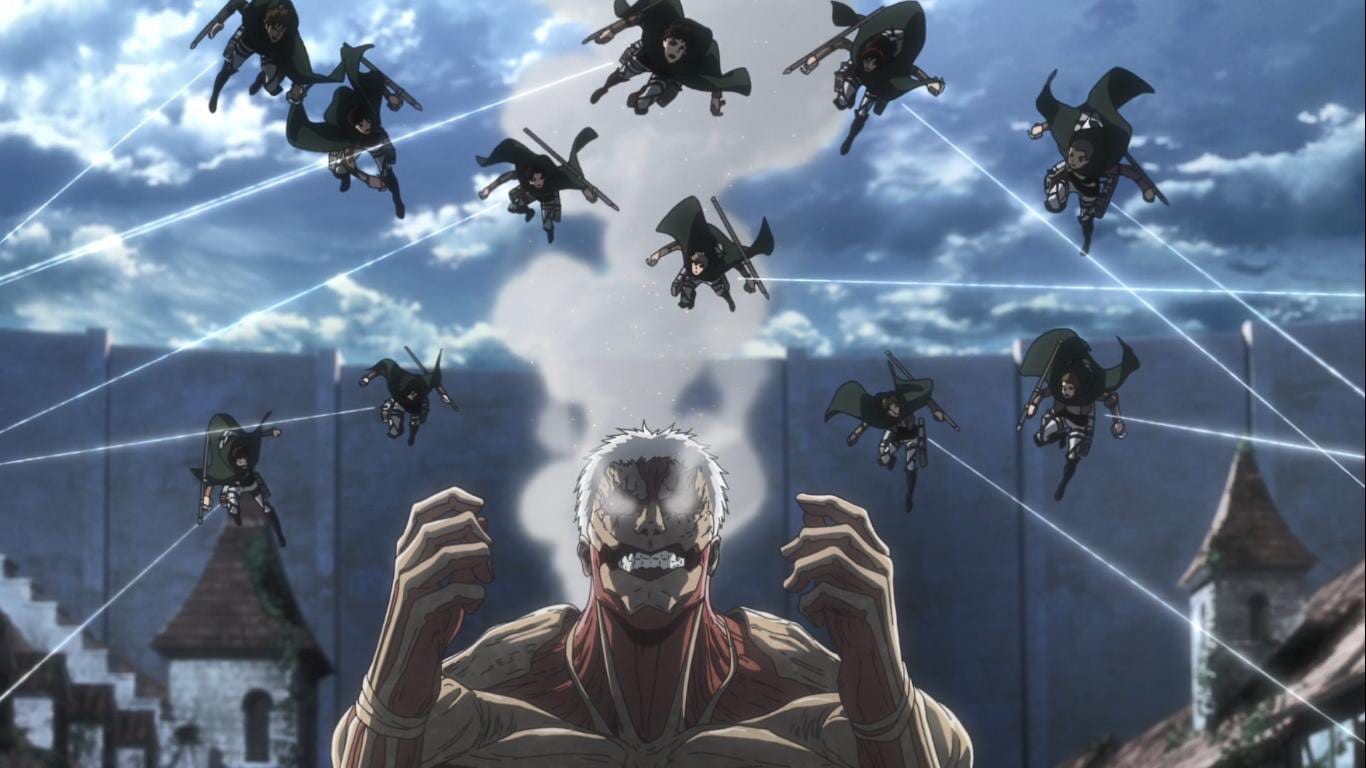 Attack on Titan Chapter 117 is almost upon us. Like every other chapter for the last few months, I expect this one to be good, with lots of story development and interesting plot points. I’ve been enjoying this arc and last chapter was a set-up for what’s coming next.

Spoilers for the chapter are out already, and we can tell you that there’s a lot of fighting going on. Beyond this point, we’ll be discussing the spoilers for Attack on Titan Chapter 117, so let’s get started!

So, let’s get to Attack on Titan Chapter 117 spoilers now. Here are the key points that end up happening in the chapter. We know that Pieck asked Porko to chop off her hand, and Porko retreated, which allows Gabi to climb into Pieck’s Titan mouth for safety and then she’s taken to Magath.

Reiner jumps and titanizes midair and sustains facial damage in the battle later on. Porko attacks Eren a ND chopped off his War Hammer Titan defence. Eren skewers them using his powers and headshots both Magath and Pieck. Eren then slaps Porko to the ground and rips the Armored Titan’s jaw apart. The fight continues.

Attack on Titan Chapter 117 leaks are out and expect the scans to come out by tomorrow.