In today’s post, we will be looking at Fruits Basket Season 2 Episode 11 the recap from the last chapter of the manga. Tohru went to call Kyo upstairs she secretly heard Momiji and Kyo discussing how they keep on pretending to love Akito and abandoned Tohru in front of Akito so that Tohru will be protected from Akito. Tohru notices the change in every member of the Soma family since they have started vacation and she wants to keep everyone happy. The next day everyone is enjoying lighting fireworks while Tohru thinks of breaking Soma’s family curse for them to live happily.

Note that this post might contain spoilers for the upcoming episodes of fruits basket. So if you don’t like spoilers it is best to proceed with caution. 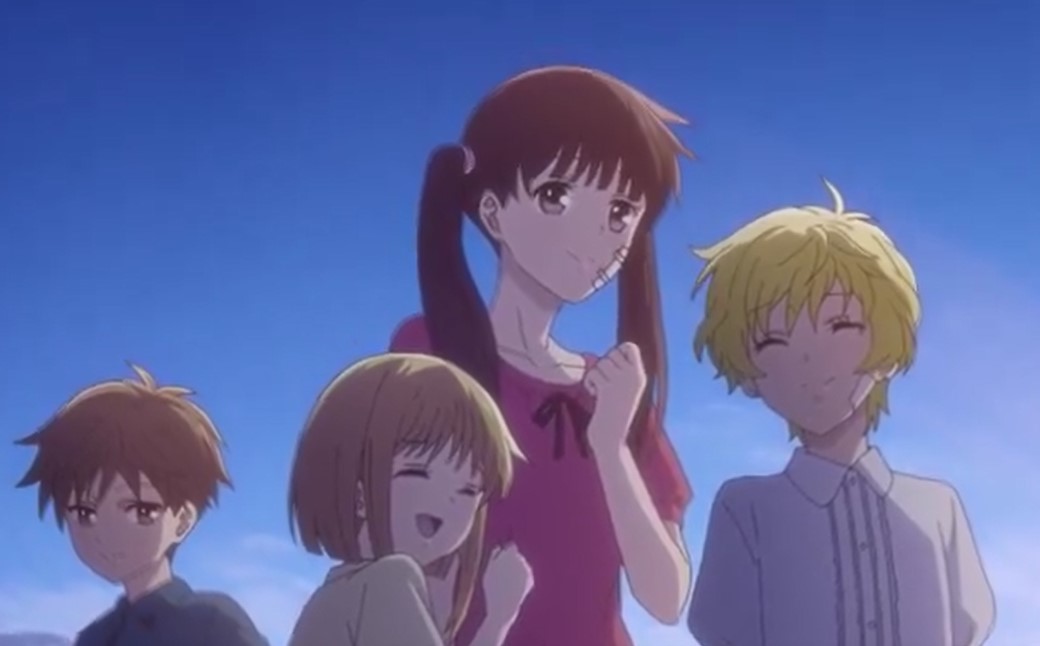 Momiji and Kyo think that they selfish for loving Tohru so much then Tohru interferes and calls them to watch Momiji’s favorite anime. Akito question Shigure why he had Kureno to accompany him. Shigure replied that because Kureno is her favorite who she can’t bear others to even glimpse. Akito change her dress and went to see Tohru. Akito reaches to a place where Tohru is she find Momiji outside and orders her to call Tohru.

Momiji refuses and said Tohru is sleeping then Akito slaps her she started bleeding suddenly Tohru appears and stops her. Akito told Tohru that she doesn’t have to think that she saved Yuki and Kyo because after high school Kyo will be confined and Yuki everyone will live and die in the Soma estate with her. She also told her that all the zodiac members will live in the same place, same position, and at the same pace, nothing fro them will be taken forever unchanging.

It will be a future of happiness and an eternal banquet but she is not letting Tohru join them. Tohru replied that is that true happiness? to be confined, to return to Soma estate? all of the effort everyone is taking to move forward. Akito told her that a stranger like her has a different way of life than them after all Tohru can’t decide with her weak value. Tohru started to notice that Akito is not a Rooster and she found out that Akito is god to the Soma family that is why no one can disobey her.

Akito scratches Tohru’s face and she started bleeding telling her that she is a ruler of their soul then Kureno came seeing him. Akito stops her behavior and told her that Kureno is the Rooster. After they have left Tohru promises her self that even though Akito keeps on bossing around she will save other members of the Soma family for the sake of their happiness. Shigure tends to Tohru and Momiji’s injuries.

Supernatural Season 16: Will There Be Another Season of Supernatural? Here is All You Need To Know