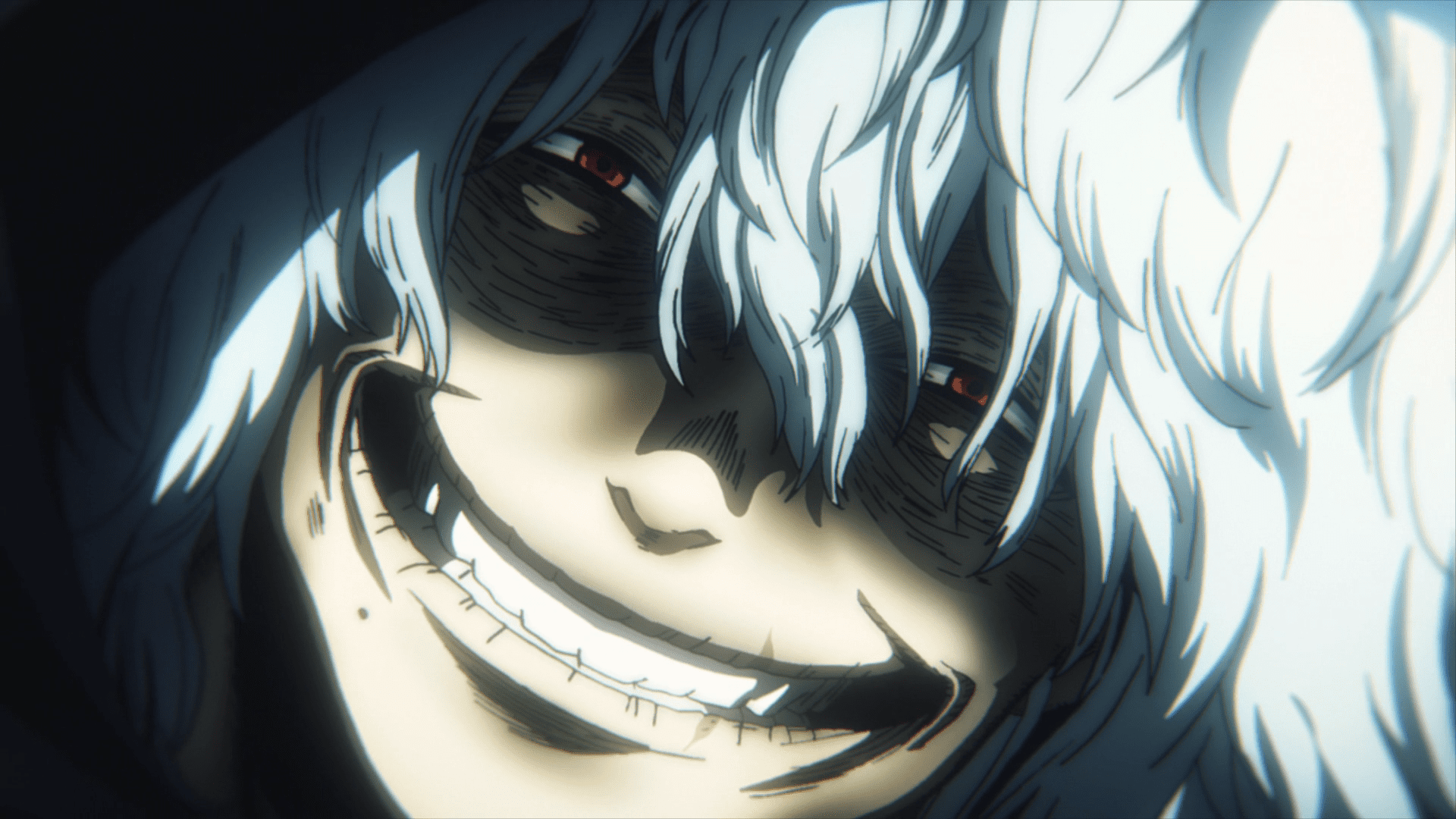 Hey everyone! It’s almost time that we get our weekly share of My Hero Academia spoilers and this week’s chapter is one that I’m particularly looking forward to seeing. Last week, we saw ReDestro and Twice finally come face to face. Twice is there to save Giran. At the same time, ReDestro transformed and started using his ability against Twice. Meanwhile, Machia is on his way and the rest are still fighting. That’s exactly where the next chapter of My Hero Academia will pick up. So, let’s get started!

It seems ReDestro’s quirk will be revealed to us in the next chapter of My Hero Academia! According to the spoilers, we’ll see him throwing everyone around with his giantified black arm. He is then seen talking about the discrimination that was once faced by the Meta Liberation, and mentions some ‘Mother of Quirks’. She was killed yelling “this is the child’s Quirk, I want them to be able to live freely!”
Meta abilities were called Quirks, but it is just a repression of the Meta ability, according to him

According to Destro, that’s not the future that Mother wanted. Redestro and the others carry on Destro’s blood, making their mission more important than the League of Villains. Shigaraki is right there below, and destroys the entire tower. Redestro and Shigaraki face each other, and finally
clash.