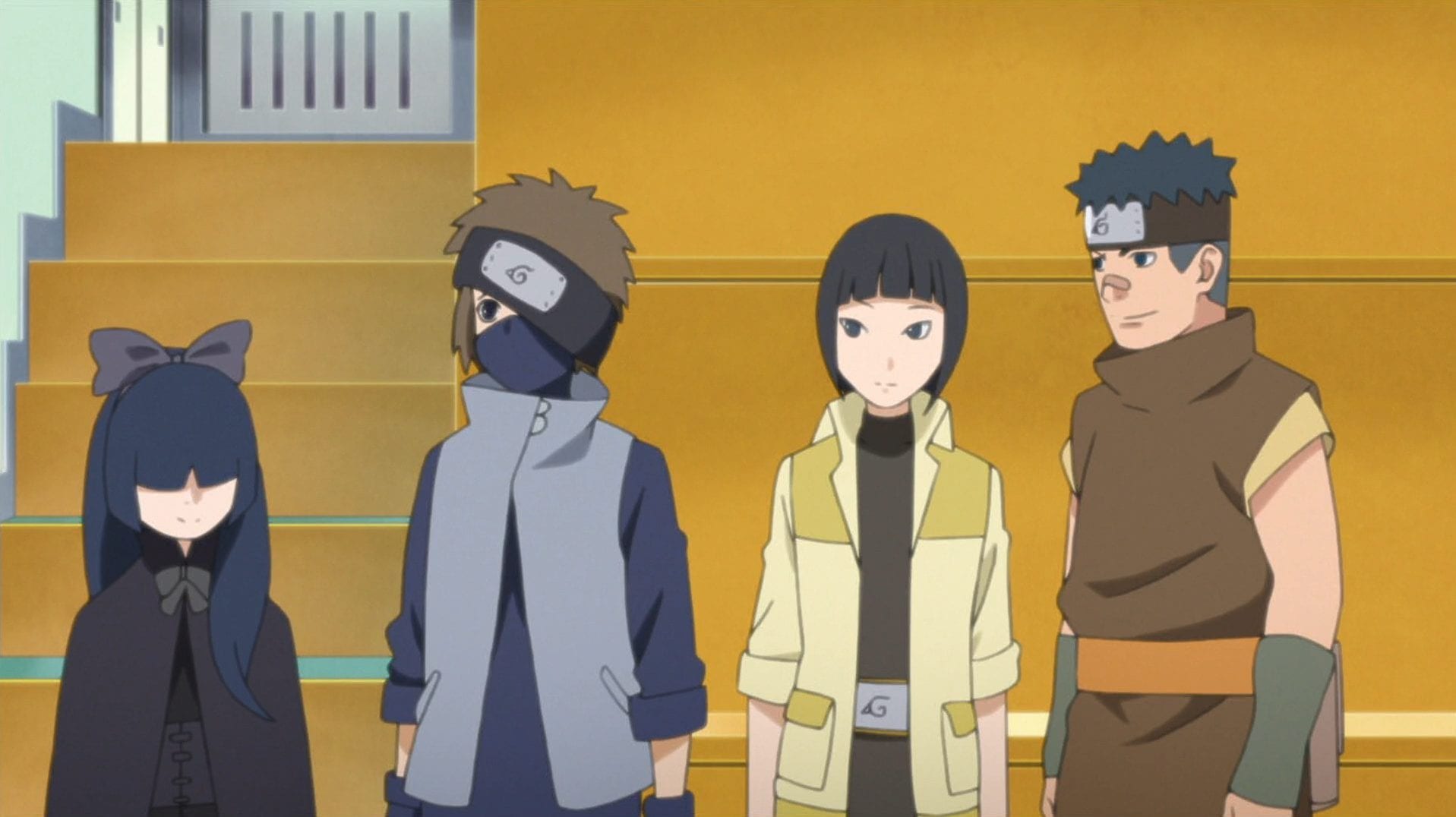 The Boruto anime continues with its filler journey and last week’s gemaki card episode was average, in our opinion. We can’t expect much from these episodes until they start adapting the manga at last, but at the same time, we think they can do at least decent episodes. The series has fallen off lately, in our opinion and hopefully, that changes with Boruto Episode 115, which looks promising to say the least. In this post, we’ll be discussing the spoilers for the upcoming chapter of Boruto, so without wasting any more time, let’s move forward!

Boruto Episode 115 is titled ‘Team 25’, and obviously, that means Houki and his team will be the focus of this episode. While that may sound boring at first, the episode is also going to feature Kakashi Hatake as Sukea. It seems that Team 25 has been doing nothing but ordinary stuff ever since they became Genin, and added to that is the fact that their teamwork is in shambles.

Hearing this, Kakashi has a conversation with Houki who resembles Kakashi a lot and is the leader of this team. It seems we’ll find out a lot more information about why Houki resembles Kakashi in the first place. We’ve been wondering about this since a long time and hopefully, it’ll be answered in Boruto Episode 115.