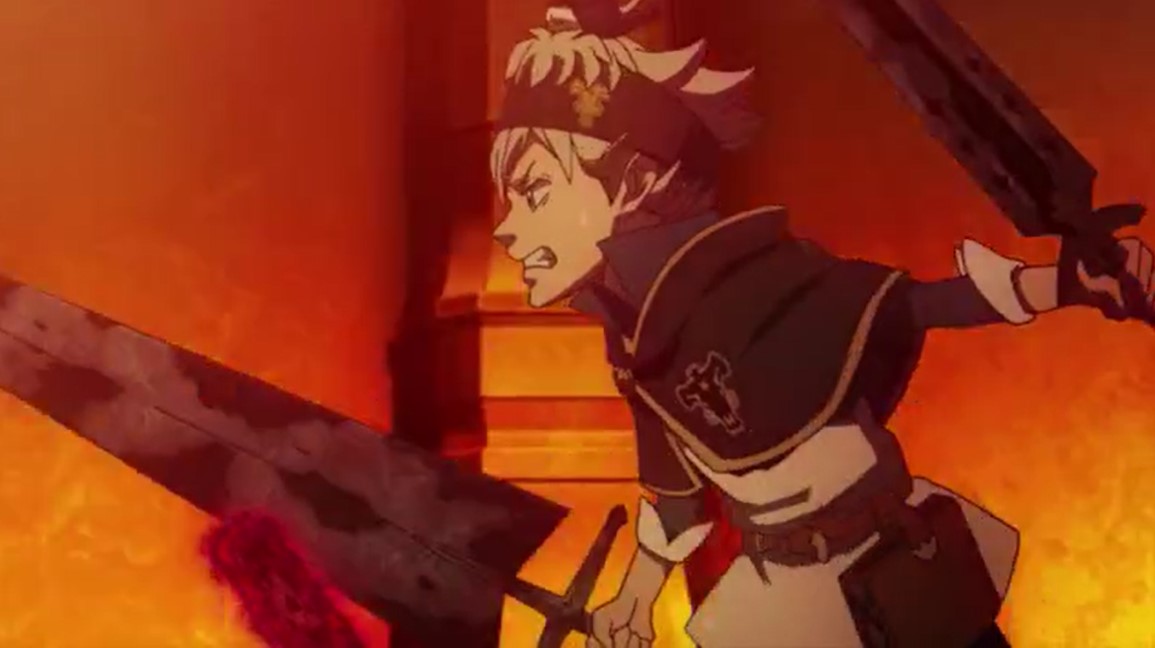 The Black Bull squad and the Crimson Lion King came back from the Yultim Volcano region after conquering all the golems and devil spiders. Asta along with all members of the BB squad reach their home. When Magna is praising their performance standing in front of the door it fell on top of his head. Suddenly Mereoleona appears coming from inside and she told them that they are late.

Mereoleona grabs Noelle and Asta by their heads and told them that they have been chosen to deal with an urgent matter. Mereoleona reaches Vermillion Residence with them and she told them to hurry up and get a seat. This post is about Black Clover Episode 135 update, preview, and a recap. Let’s see what mystery awaits for Asta and Noelle down here.

Black Clover Episode 135 will be released on Tuesday, 21 July 2020, at 6:25 PM JST. Note that the time is in Japanese standard time. For you to get the episode as soon as it is released you can change the time to your local time. Let’s see what more Black Clover has to offer for us down here.

Mereoleona told Asta and Noelle that they are in her home Vermillion Residence. They found Fuegeleona, Mimosa, and Mimosa’s brother sitting around the table.  Mimosa whispers at Asta and Noelle saying ”this seems quite serious.” Noelle replied that maybe they are receiving special orders linked with the Spade Kingdom.  Fuegeleona told them that they are about to hold a very important meeting.

He also said that he needs them to understand that the outcome of their meeting will have an effect on the future of their Kingdom. They must keep everything as a secret and Asta thinks that it must be a top mission. Fuegeleona uses his power to burn the red vail and an old hag appears in front of them. Asta is surprised that it is the old sister lady Theresa Rapual who is one from the church in Nean.

Noelle asks why she is here. Asta, Noelle, and Mimosa are not aware that it is one of the tricks that the Vermillion uses to trick others as if there is a special mission. Mereoleona announces that the meeting is to celebrate Ms. Theresa’s fifteen years in the sisterhood. They both enjoy eating, drinking, and performing a play Theresa asks Fuegeleona to perform his trick like others.

Fuegeleona boils three eggs using his power and they came out in different shapes. The results are a hard-boiled egg, a soft-boiled egg, and a jammy soft-boiled egg. When he tries to explain to the children they yell at him that it is boring since Asta and Noelle give them a great performance. Theresa explains how she raised Fueggy and Mereo that amaze Asta and others hearing their nicknames.

Later Fueggy and Mereo get involved in a fight to see who is stronger and the house is in a fire. Asta takes out his grimoire and summons the two swords, he wanted to stop the two from fighting. Fortunately, Theresa stops them using her bare hands touching their powerful fire powers and they stopped fighting. Asta is amazed that Theresa stopped the fight in an instant.