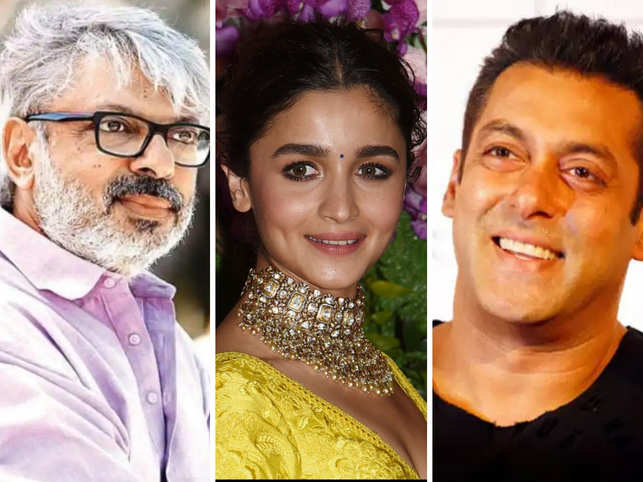 The Salman Khan and Alia Bhatt starter film ‘Inshallah’ will be helmed by veteran director Sanjay Leela Bhansali. The recent news update states that Inshaallah is to have a third female lead in the movie.

Salman Khan is busy with Dabangg 3, and Alia Bhatt is busy with Sadak 2. After Salman and Alia wrap shootings of their respective movies, Inshallah will go on floors. We are thinking lore of a mid-August timeline.

It is being said that there is a second female lead, undecided yet in Salman Khan and Alia Bhat starrer. Bhansali’s forthcoming film units at a love triangle between the three, an undisclosed source had revealed.

As we know and the source reiterates, most Bhansali movies have had a third lead angle to them. Bhansali hits such as Bajirao Mastani, Padmaavat, Hum Dil De Chuke Sanam, all of them did. Inshallah is a similar example; a young actress will be roped in to play a second female lead. Inshaallah is supposed to be a love drama by Salman and Alia. Both Salman and Alia will play the lead role in the movie.

This will be Salman’s third time working with Sanjay Leela Bhansali, the actor-director first paired up with Hum Dil De Chuke Sanam. Salman also made a cameo appearance in Bhansali’s Saawariya in 2007. As for Alia Bhatt, Inshallah marks her first stint with the director. If all goes well, the movie may be out by the fall of 2020- most likely on Bakr Eid, as most Salman movies are.