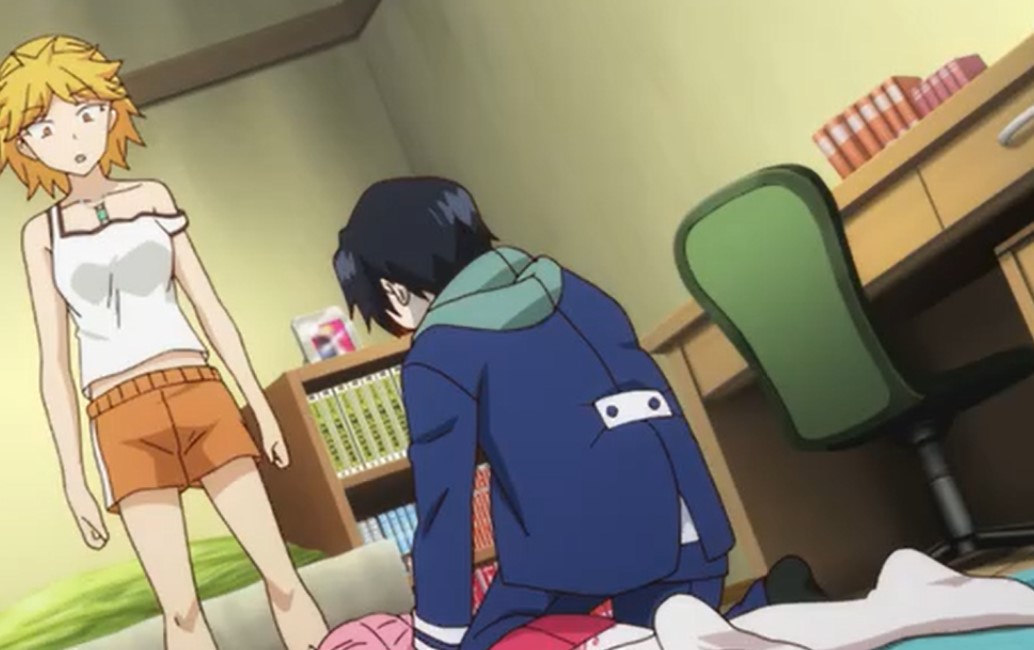 Shinji is holding Nana on her hand laying on the floor and Nana said that she the murder but she let the dead rest in peace. Yuka said that it is Nana all the time hiding beneath the mask. Yuka adds that even Nana tries to fight back she can’t defeat all of them. Nan replies that she doesn’t need to defeat them she will just explain that she was on night patrol. Yuka said that Shinji and I both saw everything Nana did with their own eyes. Nan said Shinji is dead and Yuka is merely animating him she said that to confuse Yuka.

Yuka falls for that and said everyone thinks Shinji is alive which is true and he is the one holding Nana. Nana threatens that she will reveal the truth about Shinji and Yuka to everyone. If they are really are a hulk and not a necromancer and they have to prove that. Since they can’t what do they think will happen and humans don’t believe the truth, they believe people. She reveals that she is the class leader and Yuka is the necromancer who screws her dead boyfriend every night.

Talentless Nana or Munou na Nana Episode 8 will be released on Sunday, 22 November 2020, at 9:30 PM JST.  Talentless Nana will release its new episode every Sunday. Make sure to convert the above time to your local so that you will get a new episode as soon as it is released. Enjoy watching Talentless Nana on Funimation. Let’s take a look at the recap and preview below. 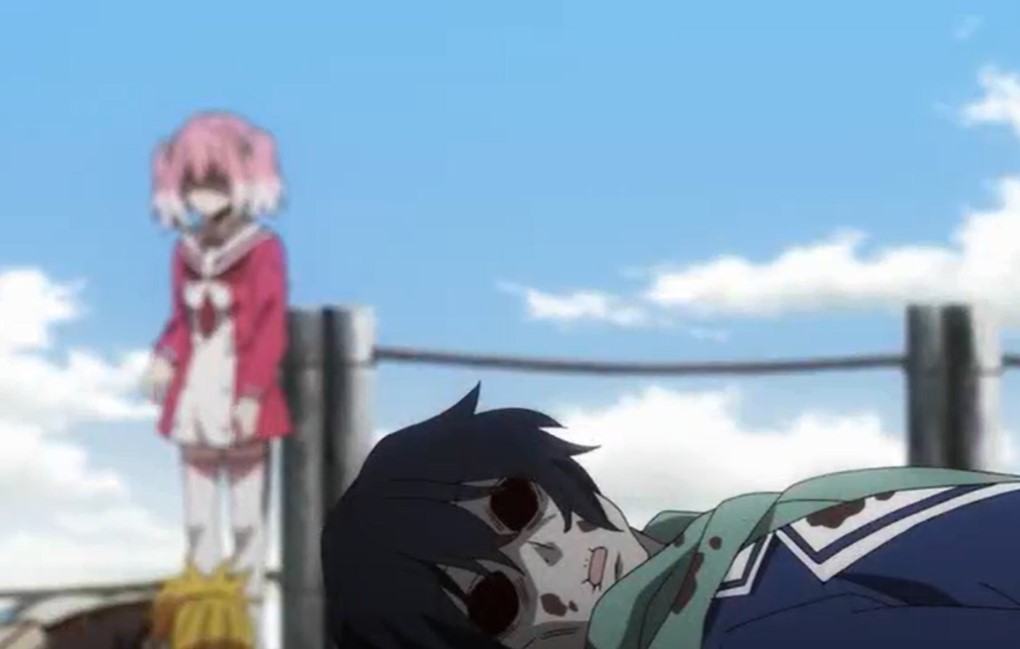 Nana said she wonder who they will stand side with. Nan is worried that Yuka has taken the poisoned needle that she used in killing Shinji who managed to survive because of his powers. She is also worried that if Kyo finds her weapon he will dig out the truth and she told Yuka that she has a proposal. Yuka asks what is it and she said she will keep her secret safe. She will spare her and Shinji’s lives and Yuka said it makes no sense she is the one on advantage here.

Yuka decided to release her and  Nana said that Shinji told her that Yuka must kill her. Nana runs away and Shinji taps Yuka at her shoulder and reveals that if she wants to hear his voice she will have to kill Nana for real. Nana brings up the things she observed in Yuka’s room. She then heads further into the mountains and encounters some zombies. When she reaches an abandoned cottage, it is revealed that Yuka cannot use her talent. Yuka decides to lock Nana inside and at night.

Yuka returns to the cottage and Nana was nowhere to be found. The next morning, Yuka heads to the dormitory with Shinji when she is confronted by Nana. When they arrive at the cliff, Nana reveals how she tricked Yuka. She then asks Yuka about her relationship with Shinji. After hearing it, Nana states the facts and leads Yuka saying that she caused Shinji’s death because she was jealous that he was dating another girl. After outsmarting Yuka, Nana took her poisoned needle and kill her near the edge of the cliff Shiji is also dead lying nearby.

That’s the latest preview and updates about the Talentless Nana Episode 8. For the next episode updates, we will be bringing them next week as soon as the new episode is released.