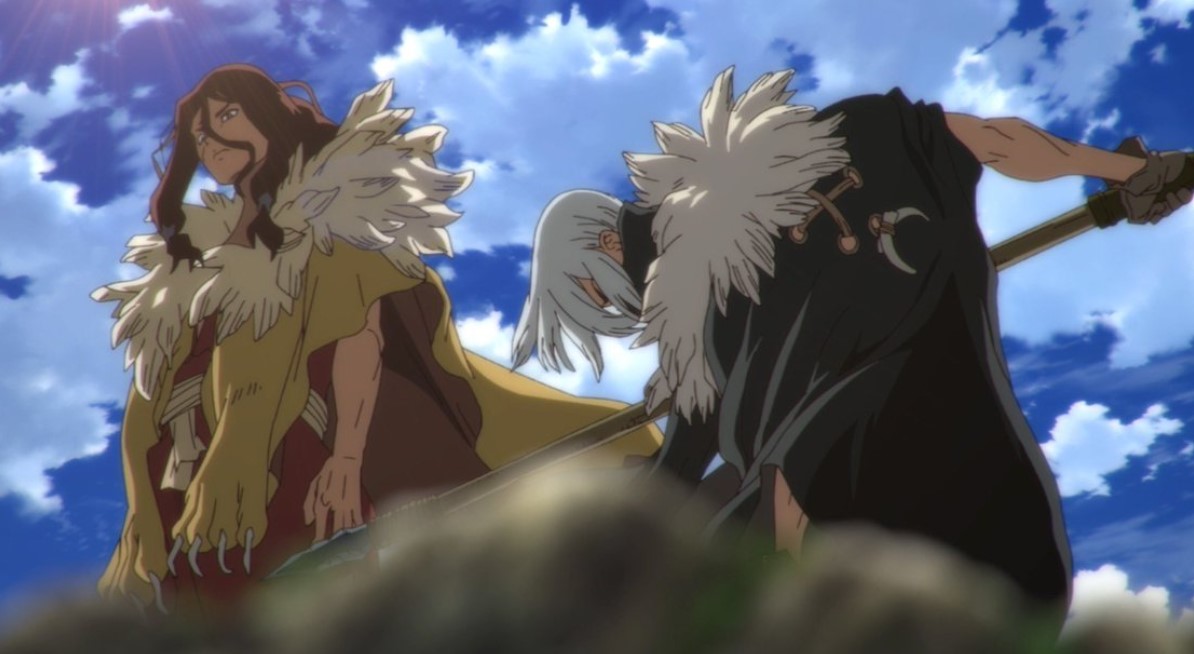 Senku’s crew is advancing at a full speed with their newly created motorcycle using their knowledge of science. Gen is on the same motorcycle with Senku and they are leading the whole crew to their next destination. Chrome is so excited that they are escaping from the Stanely crew and Senku asks if they break free from Stanley’s net. Kohaku mocks Stanley’s plan for trying to surround them in which they failed while the crew hit them with surprise.

Senku said that once they are free of these tactics they will finally be on their way to the Petri Beam’s ominous Origin. Stanely Henchman started chasing Senku’s crew while firing some shots. Hyoga uses Xeno as a shield so that the enemies will stop firing shots at them. Ryusui prases Carlos for his last time driving and challenges him to a race. Carlos agrees while speeding his motorcycle and Ryusi did the same fleeing from the pursuers. 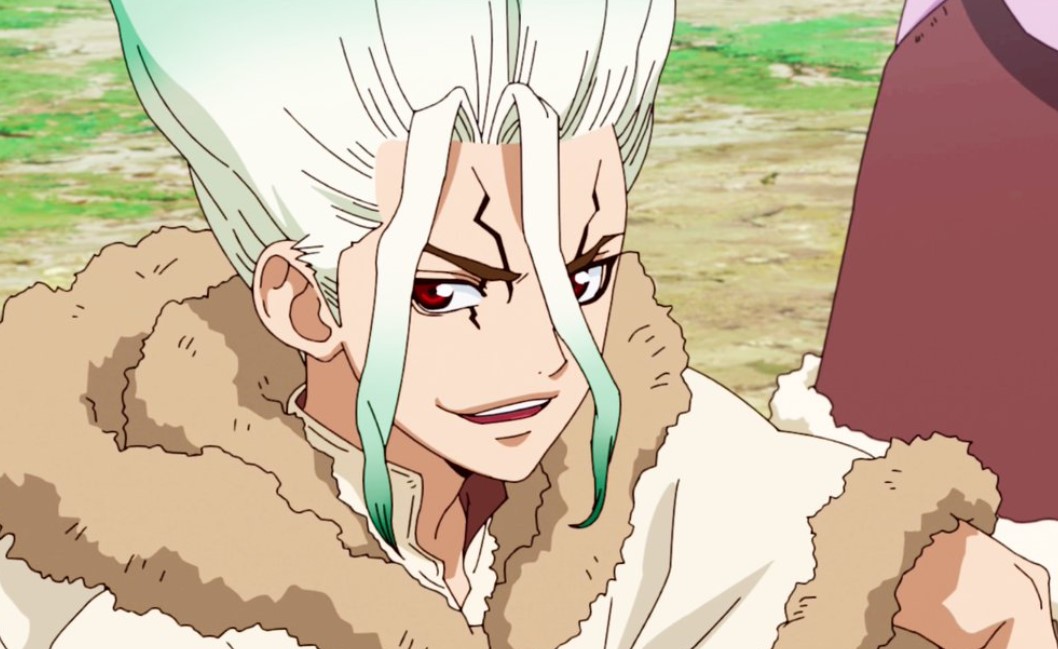 The lady from Stanley’s crew tells the Henchman to stop firing blindly or he will shoot Xeno. Tsukasa orders everyone to lower their head down since the enemies will be aiming for headshots. He then tells Hyoga to put Xeno as a shield in the rear. Stanley started jumping on top of rocks firing shots that nearly blast Senku’s crew heads. Xeno is not afraid since he has noticed that it is the best shooter Stan who will never miss his target. Stan aims perfectly and hit Hyoga and Tsukasa at the same time.

Hyoga has a hidden armor that Ukyo has noticed but Tsukasa just got some scratches. Hyoga’s hand is hurt and Kohaku notice that Stan is aiming to take down the best fighter. She then realized that if he hit their bikes it will also cost Xeno’s life. Stan lights his cigarette and he has noticed that he hit Hyoga and Tsukasa’s arm. He then gives the binoculars to the lady near him as he gets ready to aim for his next target.

Stan reveals that even if Xeno is in the trouble he will signal them for an opening. Stan tells the lady near him who is Charlotte to write down the morse code that Xeno is signaling them by blinking. Ukyo heard the sound of an engine plane and he then realizes that the enemies are sending a plane. The crew is worried about how are they going to escaping. Ryusui’s arm is covered with something and he is still driving.

He said that the enemies are in the third phase of their net and if they manage to fly their plane the chance for their survival drops to zero. Senku is not much concerned but he said to himself that ” that is assuming their plane can actually fly.”The engine plane stop running and the plane crashes. Senku reveals that he was 10 billion percent sure that the plane Charlotte crashed earlier in battle would be re-used by the enemy.

He also reveals that he has added sugar water to the gas tank that won’t be noticed by anyone. After that Senku’s crew celebrate that they broke through Stanley’s net. They will be advancing forward with their bike right across South America heading to Petrification’s Ground zero.

You can read Dr. Stone Manga on VIZ Media and Shueisha’s Manga plus official platforms. Raw scans for new chapters are released 2-3 days before their respective chapters are published. To support the Manga creators and publishers, we advise you to read the digital copies from their official websites and apps.