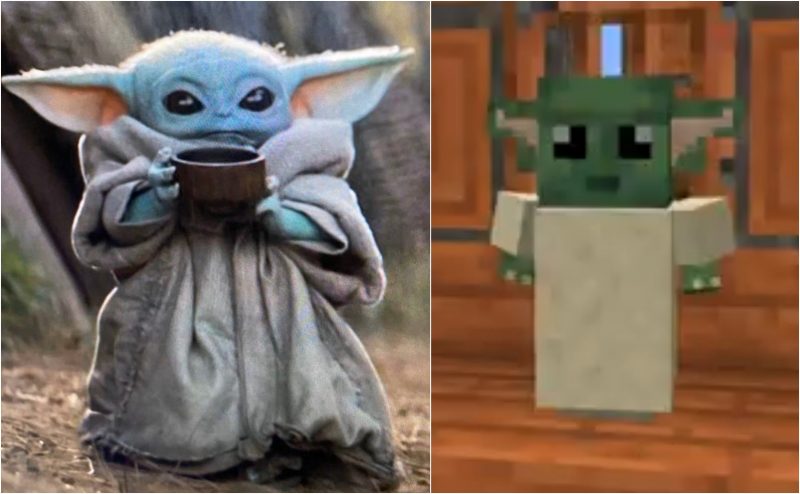 You’ve probably seen Baby Yoda somewhere on the internet in the past few weeks. He is just plain adorable and a lot of people will agree. With this in mind, there are a lot of players who want to see Baby Yoda in Minecraft. Good news for them: a fan is going to release a data pack that features a new mob inspired by the adorable The Mandalorian character.

A YouTuber named Miles Playz has been working on a data pack that makes putting Baby Yoda in Minecraft possible. Players don’t have to install mods or additional resource pack. One single data pack is all you need to put Baby Yoda inside your Minecraft world.  The trailer for the mod is out now, highlighting some of the cool abilities added in the game. You can watch the trailer below.

According to Miles Playz, Baby Yoda will be an ally and not an additional boss fight. If having a pet in a game is your thing, then you can enjoy using the force to zombies and skeletons with Baby Yoda in Minecraft. The trailer shows that one of Baby Yoda’s ability is to lift an enemy to the ground, immobilizing them and dealing damage. As of now, it seems like it only works on solo mobs. Hopefully, it also works with the Ender Dragon.

Baby Yoda will also have a very familiar idle animation in the game: drinking soup. It can be remembered that the meme broke the internet earlier this week by being adorable and cute. The Mandalorian character also spawned numerous memes such as “Baby Yoda Turns On the Music”, and the more controversial “Baby Yobama”. If you have a Star Wars-themed server, you might want to consider adding Baby Yoda in Minecraft.