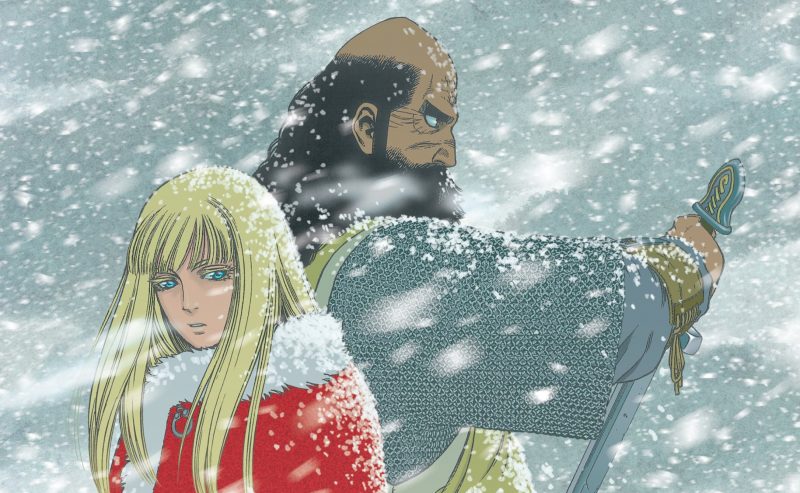 Vinland Saga continued its Manga released earlier this week with Chapter 167. Thorfin was having a nightmare just when Gudrid woke him up. In the morning, Leif was showing everyone his strategy for traveling to Vinland. He finally deduced that considering all stops they will have to make along the way, it might take them six weeks if all goes well. They plan on getting to Vinland at the right season to Sow Grain as they would have to get its productions started as soon as possible. For this, they would have to leave Iceland as soon as the currents clear.

Thorfin asked “Bug-Eyes” to go check their route as far as possible. However, Bug-Eyes pointed out that it wouldn’t be necessary as he wouldn’t be going to Vinland. Thorfin then figured that he would have to find someone else as they left him be. Later Bug-Eyes was thinking about what Thorfin requested of him. He seems to be worried that it didn’t sit well with everyone when he said that he would not be going to Vinland as he seemed like he wanted to reconsider his choice.

Vinland Saga follows the story of Thorfin, the son of one of the Vikngs’greatest warriors. He is among the finest fighters in the merry band of mercenaries run by the cunning Askeladd, which is an impressive feat for someone his age. Thorfin is not part of the plunder groups it entails. Instead, he vows to kill Askeladd in a fair duel in revenge for causing his family a great tragedy as he is not yet skilled enough to defeat Askeladd and unable to abandon his vengeance. Thorfinn spends his childhood with the mercenary crew honing his skills on the battlefield among the war-loving Danes who kill for pleasure.

When Askeladd receives word that Danish prince Canute has been taken, hostage. He comes up with a plot to decide the next king of England. Drastically altering the lives of Thorfin and Canute. Set in the 11th century Europe, Vinland Saga tells a story of a bloody epic era where violence, madness, and injustice are inescapable, providing a paradise for the battle-crazed and utter hell for all who live in it.

The upcoming chapter will reveal the result of “Bug-Eyes” time to himself as he wanted to reflect on what he should really do considering Thorfin’s request. Kodansha releases new chapters of Vinland Saga’s Manga on a monthly basis as it is serialized in Weekly Shonen Magazine. This means that Chapter 168 will be published by 1st January 2020 as it usually releases on Wednesdays according to Kodansha Comics’ usual schedule. The updates may be subject to change as this is affected by various factors, including holidays and websites, as they do not get scanlated Manga at the same time.

Vinland Saga Chapter 168 raw scans will come out about 2-3 days earlier; we will keep you posted when spoilers and updates are out. Stay tuned.