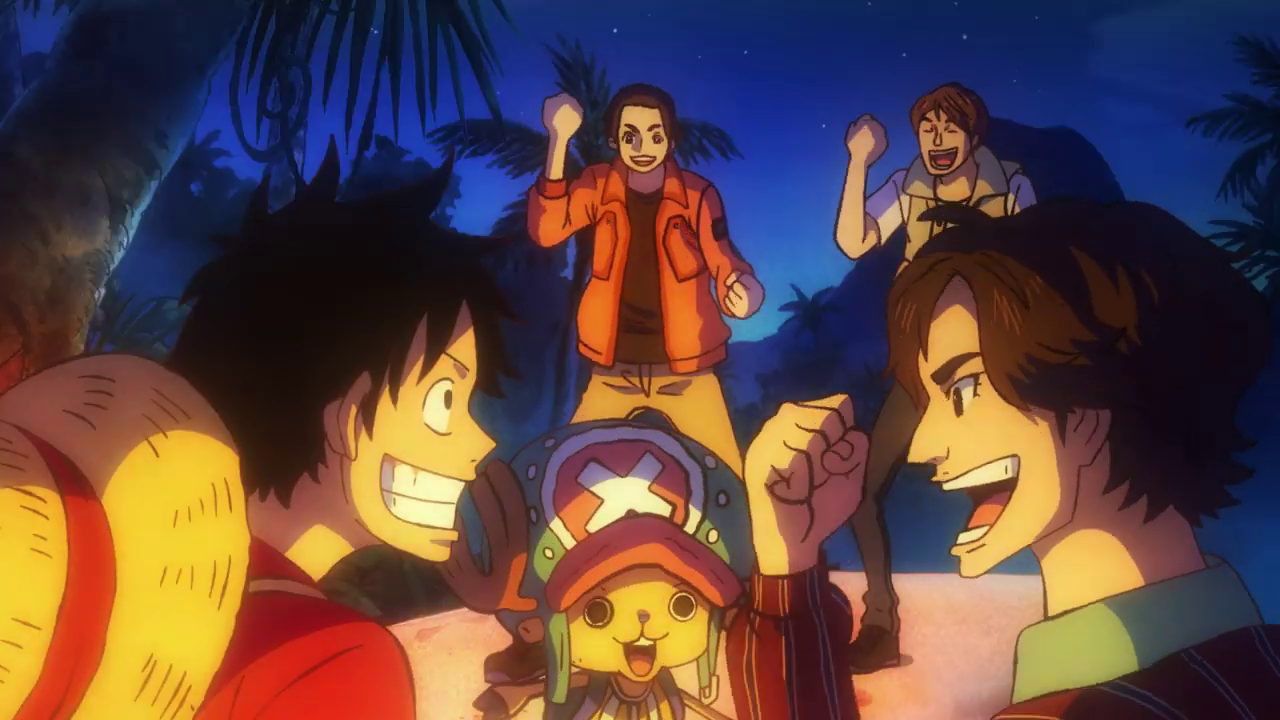 Who would’ve thought that Luffy and the other Strawhats will be sharing a moment with animated boyband superstars? Even Zoro had a great share of booze and had some adventure with the band members. In this collaboration, a Japanese boyband known as ARASHI will be performing with the Straw Hat Pirates in the world set on One Piece universe.

ARASHI is one of the most notable boybands in Japan. They have been in the music industry since the 1990s and is still popular today. To commemorate its 20th anniversary, the group made a collaboration with the anime One Piece, which also celebrated its 20th anniversary this year by releasing an animated movie, One Piece: Stampede. The song called “ARASHI: Reborn” is featured in the music video collaboration.

You can watch the teaser trailer of the music video below.

In this teaser, we saw the whole gang (even Zoro and Sanji) getting excited and fanboying as they meet the animated versions of the band members.  Luffy and the others are seen enjoying the company of their newly found friends in the anime. In some scenes, the band members are seen fighting alongside the group with ocean monsters. In the end, the teaser previewed a grand concert including the Straw Hats (who are willing to be on the stage anyway).

The whole video is expected to be released this January 4, 2020. Fans of both are very surprised and happy to see this collaboration taking place. It was even reported that some of the members of ARASHI are One Piece super fans themselves. One Piece is currently airing its Wano Arc with the anime’s 20th season overall. Episode 915 has been one of the greatest episodes of the series yet. Meanwhile, in the manga, Kozuki Oden’s story is still the focus. We will see what will happen to the Straw Hats in the releases of future chapters.