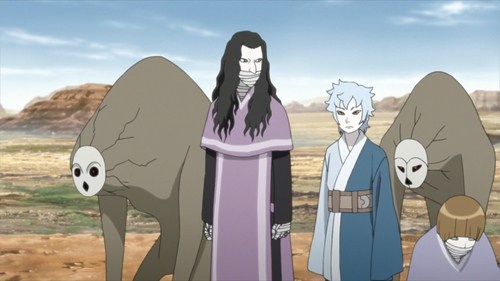 The Boruto anime has been phenomenal lately, and I think episode 87 highlighted where the series excels the most, and that is the emotional storyline, and explosive combat. With the combination of these two, you can’t go wrong. I have been one of the biggest critics of the Boruto anime lately, but binge watching this arc really made me change my thoughts on it.

Of course, Boruto Episode 87 had a lot to do with the change in my opinion, and I think that the series will get even better from here on out, now that we’re close to the end of this arc. Boruto Episode 87 saw Kakou’s death after fighting to his will’s content against Boruto Uzumaki, Sarada Uchiha, and Chocho. In the next episode, we will see Kirara, and Kokuyou in action.

According to the spoilers for Boruto Episode 88, we will see Ku completing his Take-over of Iwagakure. The village has been changed completely from the inside. Konohamaru is still there, and Konohagakure has finally intervened. Naruto should also be about to leave to settle this himself and end the coup. Here is the preview for Boruto Episode 88:

It hurts Onoki’s heart to see Kuu on a rampage! Seeing Kuu on a rampage, who’s taken to the form of tormenting anybody who has a plan that’s different from his, Oonoki feels disheartened. Even though he’s commanded Kuu to try and stop fighting immediately, that voice doesn’t seem to reach him…!?”

Boruto Episode 88 will air on January 6, 2019. You can stream the episode on Crunchyroll, or Funimation. Make sure you follow Otakukart for the latest news on Boruto anime and manga.