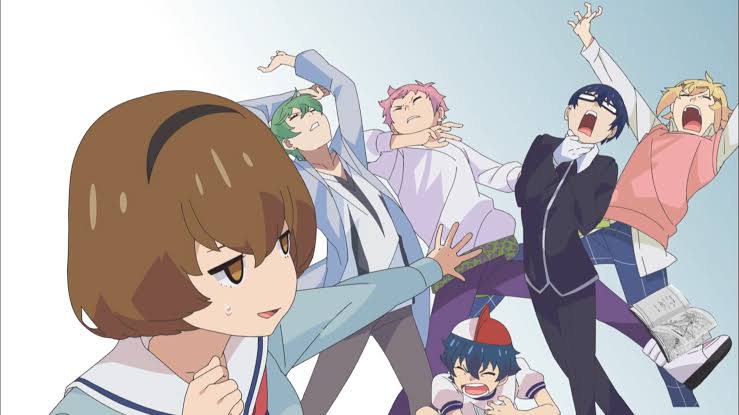 Nagoya-based indie motion graphic animator Isshin claimed in his deleted tweet that his an opening animation from Outburst Dreamer Boys copied their work without their permission. Animator Isshin’s video was uploaded to YouTube on April 9 with the name [Motion Graphics【Ae】モーショングラフィックス 「Reversed year」].

The 11th seconds from the anime’s opening have the same effects used in Ishin’s video.

Isshin Tweeted on Tuesday that they have removed the tweet because they are currently on talks with the anime staff. They thanked everyone for their support and said they would report back on the issue later.

Director of the anime, Kazuya Ichikawa, later apologized for the oversight. Ichikawa had provided some YouTube URLs to the staff to use as a reference for the planned motion graphics. He also took responsibility for not thoroughly checking the work with the reference he provided. Ichikawa accepted that Ishhin’s video was one of the videos that he provided for reference. He offered to let Ishhin supervise the production of an opening sequence on the next anime project as a form of an apology.