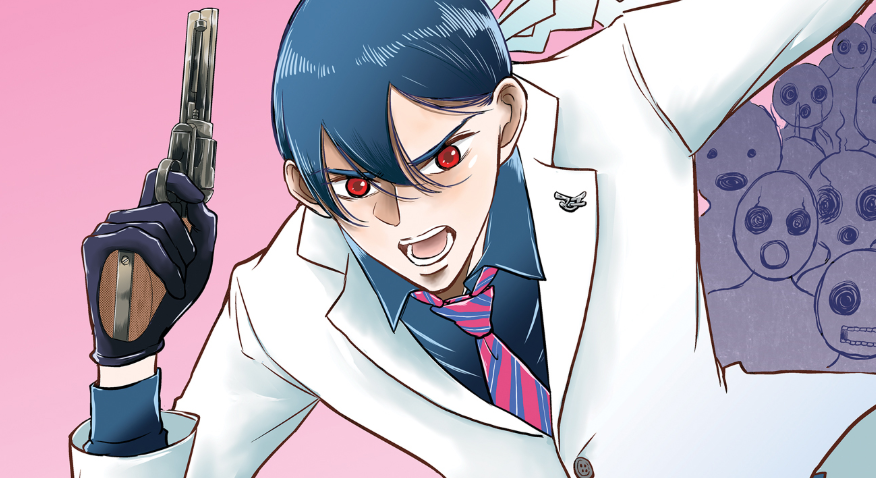 The baseball game to determine Haze’s future starts as Mitama wants to save her from the “security” agents. This manga released its latest chapter on the 19th of January 2020 with the release of chapter 20. So in this post, we are going to talk about ‘Mitama Security: Spirit Busters’ Chapter 21 raw scans, and spoilers. This post will contain spoilers, so if you don’t like them, you can just skip the spoilers section. So let’s start by looking at the spoilers of the upcoming chapter below.

As the game gets tough one of the agents of “Body” resorted to using a specialized ball that is said to house spirits so the game is about to get more serious. Their main strategy seems to be to exorcise all Haze’s spirits as they have been a great help to them. So they managed to capture all of the spirits in one fell swoop s they have already prepared enough balls for it. This left Mitama’s team in a tough place as they no longer have the spirit’s advantage they once had.

The updates for the upcoming chapter is usually released at the end of each Manga chapter. Viz Media also reveals when new chapters will be officially available on its websites. The manga had just ended with the release of chapter 20 on the 19th of January 220. So chapter 21 is scheduled for a release on the 27th of January 2020 on VIZ media’s official website.

What Is ‘Mitama Security: Spirit Busters’ Manga About?