Rihito tries to convince Sakai so that they can go home in the latest episode of Plunderer as Sakai did not want to leave the academy. So in this post, we are going to talk about Plunderer Episode 14 spoilers. Again, let me remind you that this post will contain spoilers for the upcoming Plunderer episodes. So if you don’t want your anime experience spoiled, then it is best to stop reading at this point.

When is Plunderer Episode 14 update?

Plunderer Episode 14 will be released on Thursday, 16 April 2020, at 1:05 AM JST. Note that the time is in Japanese standard time, so you might want to convert it to your local time if you want to get the episode immediately after its release. 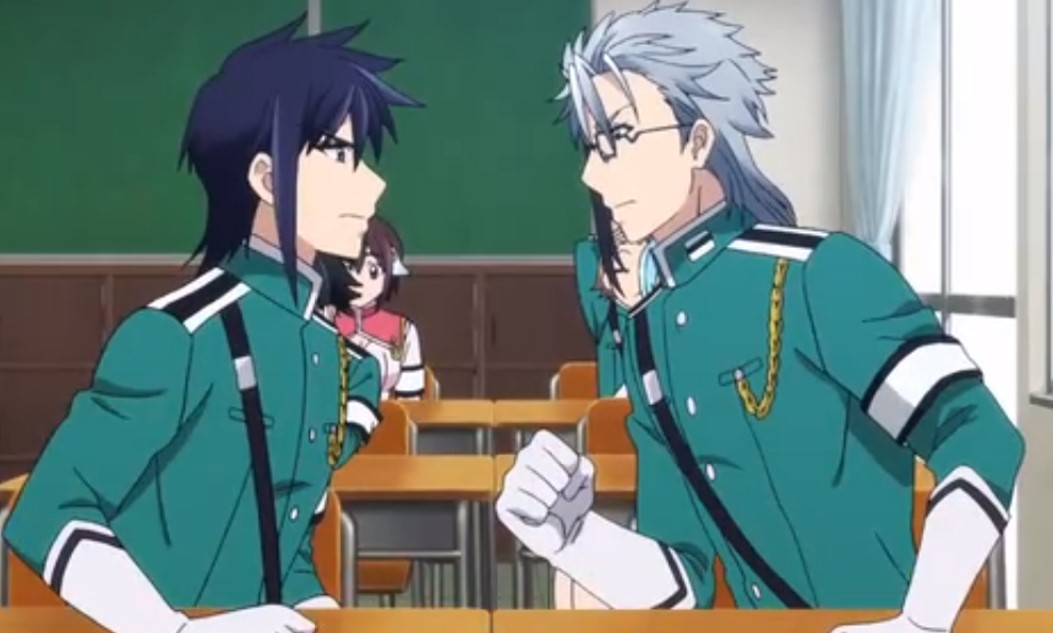 Schmelman had decided to instruct everyone personally. Alan spies on them and overhears them talk about the Abyss, ballots and the country of Alcia. Schmelman gives students 2 stars, explaining students who gather 10 join the military straight away, but anyone who loses them is expelled. Stars are earned by performing tasks or stealing from classmates.

Murdoch and Hina realize this is the origin of Star Stakes. Rihito is given no stars and told to steal one or be expelled. Licht claims not to care as he is only there to convince his adopted brother, Sakai Tokikaze, to return home. Doan, the delinquent, breaks into people’s lockers and steals their stars, including Sakai’s, threatening Sakai’s grandmother when he resists, as Doan’s parents are her landlords.

To prevent expulsion everyone shares their stars but none is left for Sakai. Sakai refuses to return home because soldier’s families get more food and their grandmother is already ill from malnutrition. Murdoch gives Sakai his remaining star then confronts Doan just outside the gate, warning him the moment Doan leaves academy property he will cripple him before his military career even begins.

Schmelman interrupts and it is revealed Rihito pickpocketed Doan’s stolen stars, leaving him with only two and unable to graduate yet. For his loyalty to his class-mates Schmelman gives Murdoch two stars. Rihito keeps two stars and decides to stay to convince Sakai to return home, reasoning that as long as they are at the academy they can send their own food rations to their grandmother. If you happen to be curious as to what Plunderer Episode 14 will be bringing us, we have the episode’s preview, and you can check it on the video below.

For now, that is what the preview for Plunderer Episode 14 has revealed. The next episode will be airing on Thursday, so it won’t be long before we see how things will go on from here. In the meantime, you can check other popular anime on our site as we always strive to bring you the latest news to date. As soon as the episode airs, we will also be bringing you updates so make sure to look for new content more frequently.

The Last Airbender 2 Trailer and All You Need To Know