One Piece is planning to celebrate its 20th anniversary in the biggest way possible with the launch of the most ambitious movie to date. Fans are very excited for the release of the upcoming movie, titled Stampede, and we have some very interesting stuff to share with you guys today.

We’re not too far away from One Piece: Stampede’s release now, so it is only natural that we are getting more information everyday. Today, we’ll be sharing some new character designs with you guys. So, let’s get started!

We’ve already seen a small teaser trailer for the movie some time ago, and it revealed some major characters in their new outfits. Now, we have the complete character designs for these characters, and as you can see, they’re very well dressed. 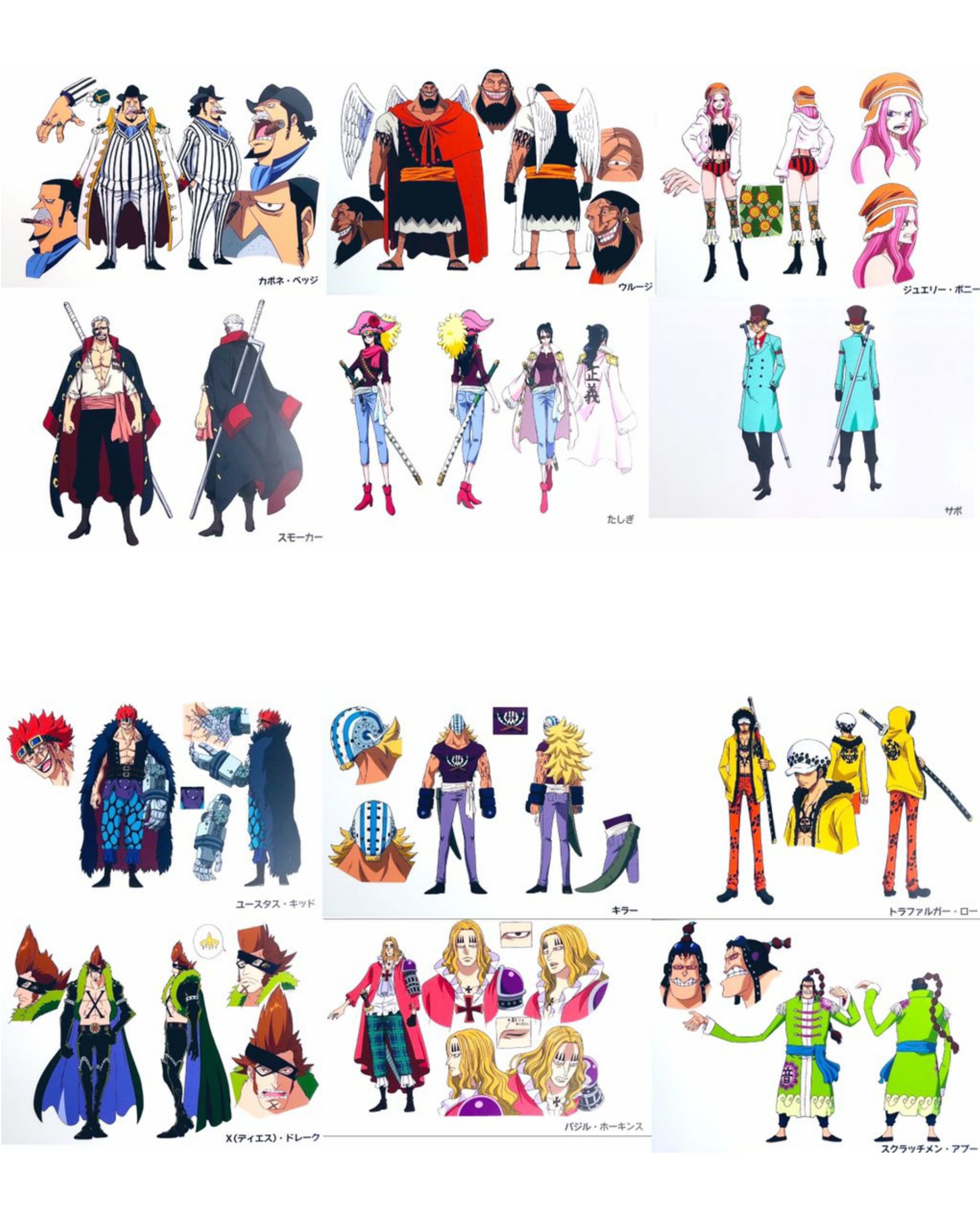 I really like how Oda has designed them, but more than that, I expect them all to play a big part in movie. It’ll be interesting to see what roles the Worst Generation, Revolutionary Army and the Marines play in the movie and I’m excited to see the new enemies too!

Here’s the synopsis for One Piece: Stampede from Otakukart:
Stampede is based on a Pirate festival that is held by the Pirates, for the Pirates. A number of big and small name pirates are going to be present. This year, it is all about finding the treasure of Gol D Roger himself. The Strawhat Pirates will be participating in this festival as well.

Some other characters in the movie include Smoker, Tashigi, Trafalgar D Water Law and Buggy and his crew. The main villains in this movie are Buena Festa, who has organized the festival, and Douglas Bullet. The magnitude of the fight between Bullet and Luffy is going to be so big that the Revolutionary Army members, Marines and the Warlords will get involved as well.”