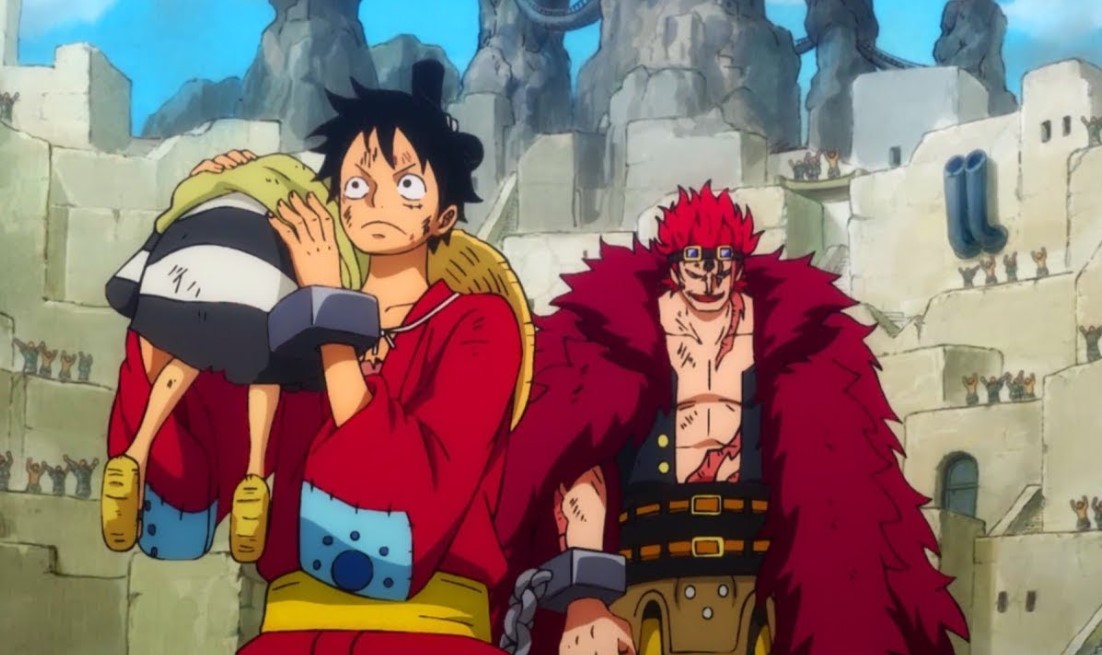 With the newly adapted One Piece manga schedule comes with a one week break between each chapter releases. This means that instead of One Piece 980 coming out last weekend, it will be coming out this weekend. The spoilers and the leaks of the chapter have already made their way all over the internet. And in this post, we will be looking at the latest developments that had just started a lot of controversies amongst One Piece fans.

Things took a twist of events in the Ongoing Onigashima raid as all of a sudden, something that no fan of One Piece imagined could happen at this time. Looking at the latest developments of events, the Strawhat’s plan to liberate Wano had been entirely revealed. According to how Law had put it. There will be four teams attacking Onigahima on all fronts. Luffy’s team was left for the front of the Island as he and Kidd just went straight for the island and it would be a little difficult to have them infiltrate on the other fronts.

So Law had already accounted for their actions and put them as a distraction on the front side. Two other teams led by the Minks and the Samurai will infiltrate on the sides of Onigashima. While Law and his team will take the submarine and sneak all the way to the back where they will sneak in and have the Beasts Pirates surrounded on all fronts. 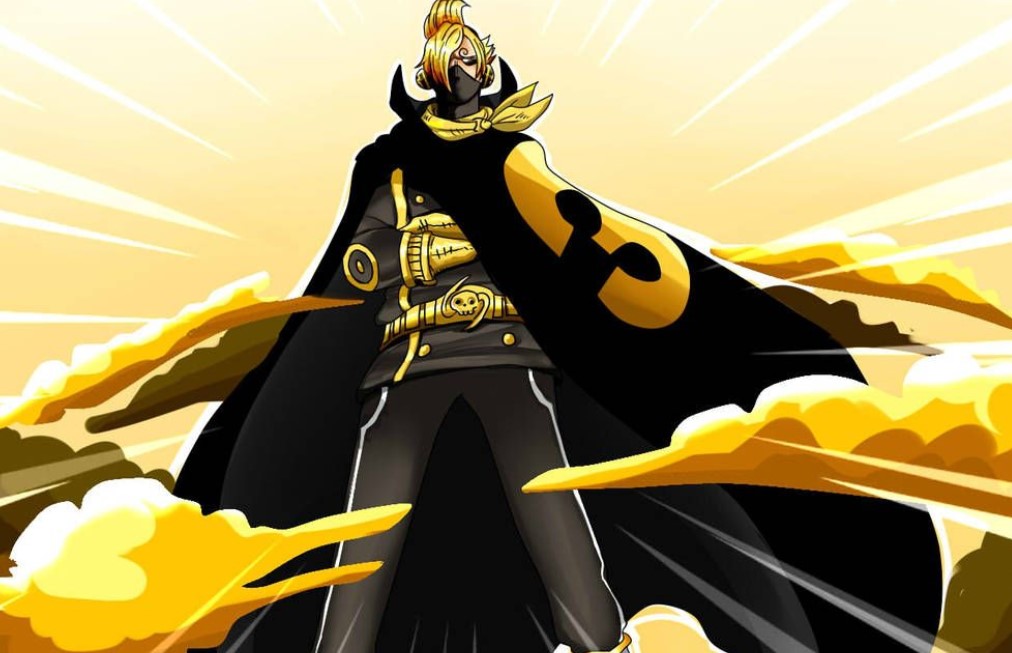 In the previous chapter we all saw where all this was going when other members of the Beast Pirates started wasting food in front of Luffy and berated the peasants back in Okobore town. With Luffy left enraged, we all know that a fight will break out that would likey blew Luffy’s cover. But Zoro went as insurance should Luffy lose himself and ended up blowing his cover. Things went well at first thanks to Kinemon’s disguise as he applied it to the team attacking the front so that they will look like fellow gifters.

Now the latest spoilers have revealed Luffy blowing his cover as he started a fight over the events that have been transpiring where he is. Although Zoro offered him some support at first this only attracted the attention of Apoo who was nearby and immediately recognized Luffy and Zoro. Without the waste of any time he attacked them with a similar attack he used to defend himself against Kizaru back in Sabaody Archipelago.

But the difference this time was that the attack seemed more advance than it was back then. As now not even Zoro or Luffy with his observation Haki could anticipate it. Well at least that’s how it seemed like. With this, Luffy and Zoro were instantly knocked out by Apoo that most One Piece fans assume that is a weakling and where expecting Luffy to show the results of his training on him.

And now Queen had put a nail to the coffin by commenting that he did not expect the straw hats to be already defeated by now and shows that he is disappointed. The chapter seemingly ended at this point and this has left so may One Piece followers, especially Luffy’s fans disappointed as nothing major except for his training has happened ever since his appearance in wane. And now it is more of humiliation for him after he was last knocked bu Kaido with ease. 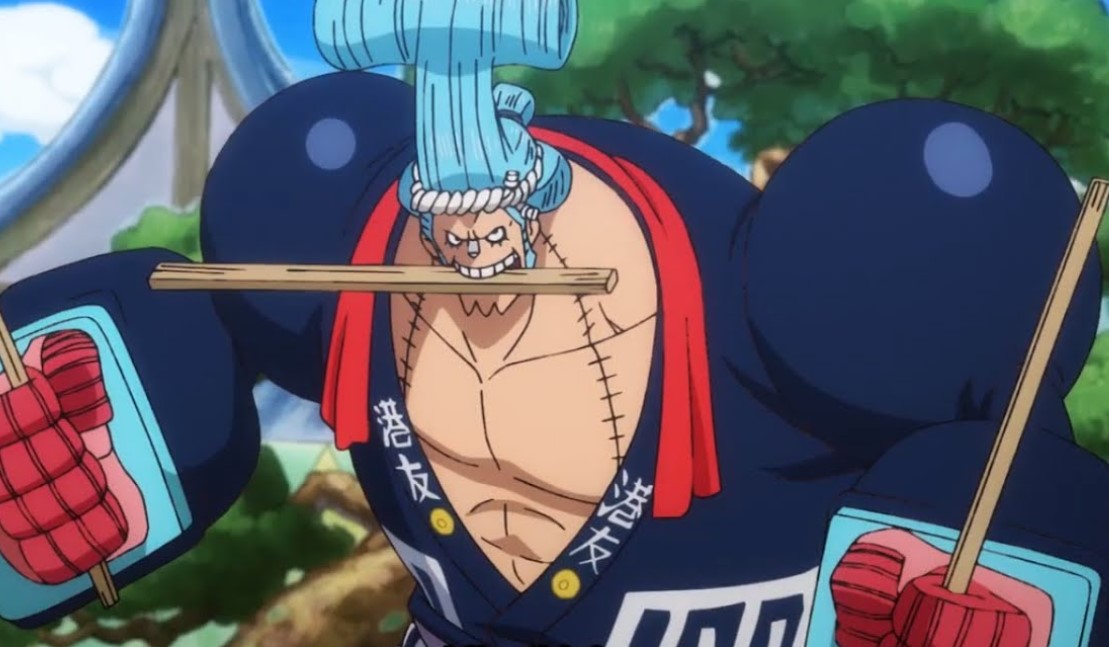 Now let us look at how things have ended up the way they have in the latest chapter. It is reasonable to expect that since this is just the beginning of the raid, everything else should be easy. I mean if everyone is defeated right at the beginning of the raid then we have no idea what kind of story this will be. But we should keep in mind that as soon as Luffy’s situation is involved, there might be a reason why he was knocked out instantly.

Otherwise he would have made his way straight to Kaido and their encounter at the early stages of the raid will just ruin things as we can not have the final fight begin yet. We should all consider that as far as Luffy’s advanced observation Haki is concerned, it only worked if he is focused and aware of his surroundings. And in his case he was enraged and pissed at the way the beast pirates where handling the food.

If we all recall what was it that gave Luffy an opening in Katakuri’s seemingly invincible observation Haki prowess. Then we would understand why Luffy was also caught off-guard as well. We would remember that when Katakuri was enraged at Luffy for disturbing his lunchtime. He couldn’t accurately use his observation Haki and this age Luffy an opening to turn around the fight.

But this was up until Katakuri could calm down again and then he could regain accurate use of his Haki. And the same thing is happening to Luffy, he couldn’t use his observation Haki properly as he was enraged and had no idea of the attack that was coming. On the other hand we do not know the full extent of Apoo’s powers and how they work. The same applies to Luffy and Zoro hence they had a very hard time against Apoo. 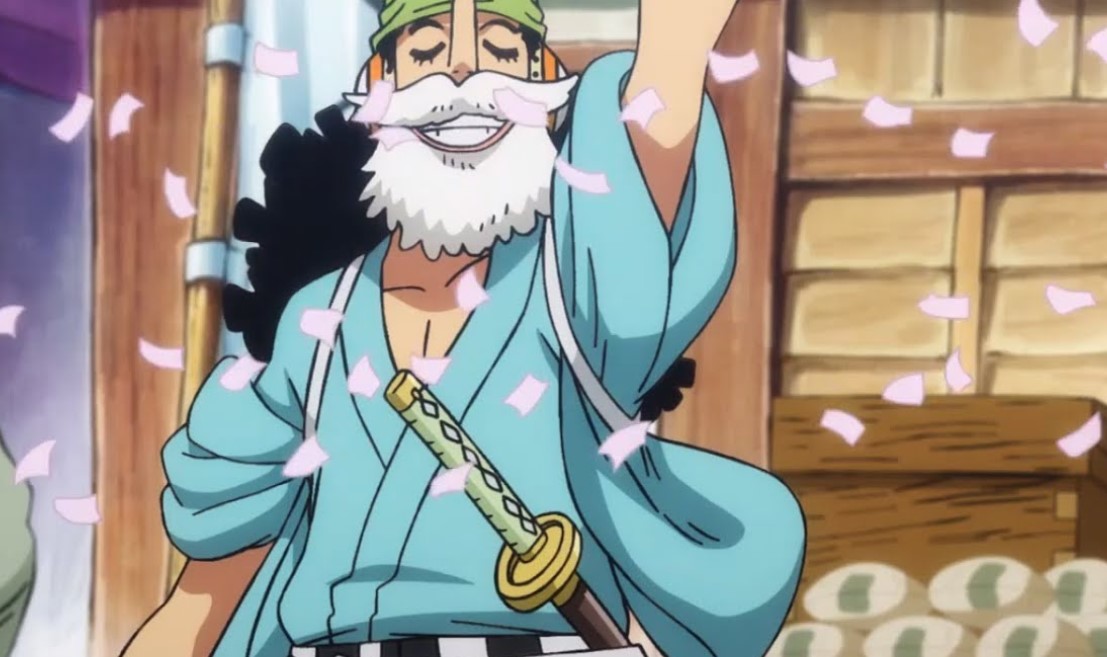 Well I’m sure the next chapter will reveal more to Apoo’s powers and how they work. It is likely that this is not the end of Luffy so far. Since Queen has come to know of the trouble that Luffy is causing. And now has revealed that he is going to kill one of the flying six and that whoever gets to catch Luffy and Zoro. Furthermore in One Piece chapter 980 Moving a little bit from that, with Luffy and Zoro knocked out for now. The kid saw Apoo as is enraged at the thought of him betraying them so he joins in as well.

With this Kid has become involved as well even though Killer is trying to stop him. And with the addition of Kid we couldn’t be sure how things will continue. But at the end of the chapter, Luffy and Zoro were revealed to be ok which means that they will likely b rejoining the fight. But with everyone going for them as Queen promised the open seat of the flying six. Then someone else is likely to show up. Especially amongst the gifters as we saw a lot of them with various SMILE powers.

Then we can now say the tried had officially started. The Beast Pirates have come to know of Luffy’s invasion but are still unaware of the other three teams or where the could be. So in ‘One Piece chapter 980’ things are still at the straw hat’s favor as it has been identified that they are using disguises. So the Beast Pirates cant is now sure which ones are allies of enemies amongst them.

We are yet to hear from the other three groups as Law’s plan and predictions that Luffy and Kid will make good diversions is going very well so far. Knowing the other three teams, especially Law’s. Things will likely get interesting as we cant wait to see new techniques that Law might have gained ever since the last time we saw him. For now let us wait to see how more events will develop in the upcoming chapters after One Piece manga 980. So it will be a while before we get another chapter due to the new schedule. So let us meet by then with more updates.