Diamond no Ace is back from its weekly break and the match between Seidou High and Sousei High is about to reach the final stage with Sediou leading. This game is set for the quarterfinal of the west Tokyo Tournament.

This post is about the Diamond no Ace Act II Chapter 218 and a recap of the last chapter of the manga. Since Nori says that Furuya’s pitch count is approaching 100 so they must get ready to face anything. Seidou High wants to finish this game in style, Allow me to take you at the final stage of the game below.

Diamond no Ace Act II Chapter 218 will be released on Friday, 10 July 2020. Note that every Thursday new chapters of Diamond no Ace Act II are released. But sometimes it shifts to Friday release due to a chapter delay. Make sure to proceed with caution you may come across the spoilers of the next chapter. 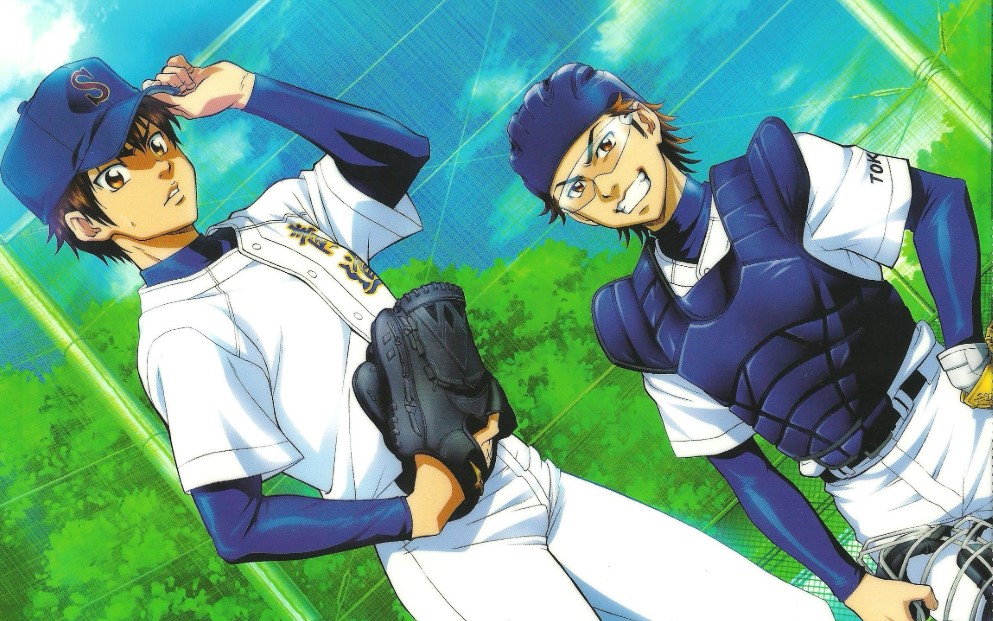 Sousei’s batter could not make a move on the outside pitch and it became a strikeout. The game is now over with Kawakami a third-year student who makes closing in the 9th. Seidou manages to beat Sousei high with a score of 7-1 that make Seidou high to make it to the semifinals. They will be facing Ichidai Sankou at Junguu stadium on the 26TH.

The players shake hands from both sides and Seidou’s players celebrate their victory and decide to do their best in the next game. Miyuki decided to get stronger and think that winning after Sankou there is still a final for them to become the champions. Narisa was aggressive during the game but he pitched his best in the opening of the game.

Zono and other players’ inside the dressing room praise third-year performance that makes the advance to the next stage. They also praise Zono that he managed to score double RBI. Ryo surprisingly appears in front of other players they were happy to see him.

Meanwhile, Sousei players thank their coach for spending 2 and a half years with them. The coach thinks that he is not worthy of that because he failed to take them to the semifinals. They bow the heads thanking him for his effort even though they have been beaten 7-1.

Rent A Girlfriend Anime Slated for an Early Release on Crunchyroll