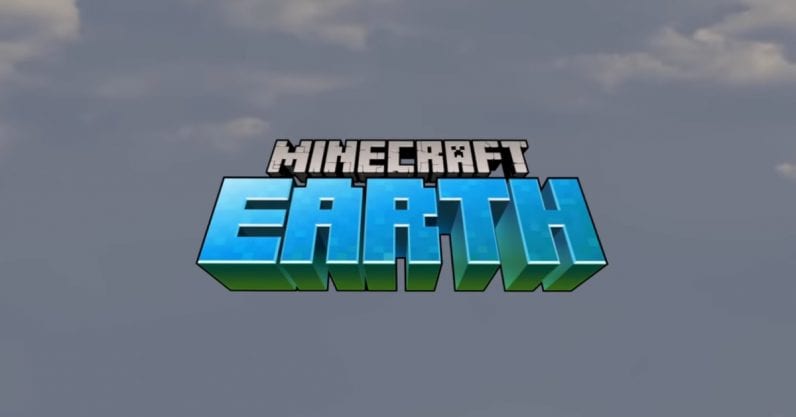 Microsoft’s Augmented Reality game Minecraft Earth is coming soon to your mobile devices, it has been teased. In the latest teaser trailer for the game, we are reminded of the similar kind of Augmented Reality by Pokemon Go. Here watch it below:

Just like the Pokémon Go that took the world by storm in 2016, Minecraft Earth returns this year with a brand new Augmented Reality based gameplay. The AR genre didn’t stop at Pokémon Go, but several AR-based mobile games came out since 2016. But the one that really stands out is Minecraft’s latest makeover.

Earlier this week, the tech-giant Microsoft introduced Minecraft Earth in a mobile AR version. Minecraft, the earlier version is a popular desktop game. In this version of the game, you are on your own exploring virtual characters, items and you build things as go move forward, all of this through your smartphone. The items collected, your virtual world, all can be projected into real-world, into actual life-sized objects.

Next up, Minecraft Earth will allow users to compete with other virtual characters, nearby. This move indeed makes the game all the more interesting and competitive. Players can work with their fellow Minecrafters to build on the game and make a world of their own, together.

Minecraft Earth will showcase mini adventures, that remain unknown. Microsoft hasn’t revealed any clear cut details on that yet. We don’t know how the company plans on monetizing the game. It, however, has been confirmed that Minecraft will be a free-to-play game.

Rumors are strife with things such as Microsoft isn’t going to include payment-based features (as with the previous ones) like the loot boxes and time-gating. Minecraft Earth may have some in-app purchases to improve users’ profile in the game.

As goes for the update, Minecraft Earth will come to iOS and Android later this year. More as we have it.

Minecraft fans are going crazy as the release is coming closer. As of now, 25 July 2019 is believed to be the beta update of Minecraft Earth. Hence, it will be interesting to see how well is it. It will be a closed beta program, and it will be coming to iOS on 25 July 2019, and no Android update is announced.

iOS users will have to make sure that they have at least iOS 10 installed on their phone, and the more latest version will not be a problem. For Android users, they will have to have Android 7 or more latest version. Additionally, the game will be available only for players having more than 18 years ago, and having Microsoft or Xbox account with the conforming age. So, get ready to see another Augmented Reality game, which might surely create a boom this year!