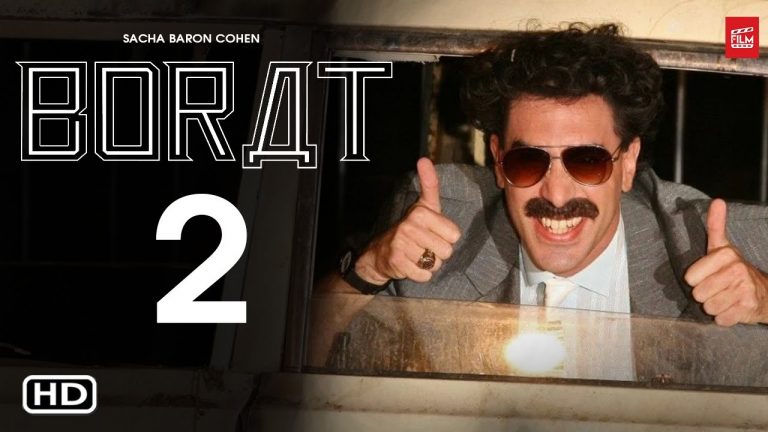 Borat is a political drama that was developed to be streamed before the most expected US presidential election. The first sequel of the drama made its debut entry into the entertainment industry in 2006. The story of the film has many political comedy sequences. The story of the film will have collections of real-life interactions that happened while traveling around the US by fictitious Kazakh journalist. Based on the positive response from the audience around the globe and the low-cost production in producing the film, crew members have planned to launch another sequel of the film. The story of the film is inspired by the popular British satirical television series, Da Ali G Show which was broadcasted between 2000 – 2004. The television series received a decent response which was then renewed for the second season and broadcasted in 2004. The first sequel of the Borat performed well in US theaters and earned a massive $262 million worldwide with a minimal production budget.

Many production companies located in the US came together in producing this political comedy-drama script. The film received many awards and credits from international film award functions. The lead actor of the Borat received a Golden Globe award for his best acting performance in the film. The film faced many controversial incidents before and after release which became a prime factor for many audiences to watch the film. The first sequel of the film was even banned in Arab countries due to the controversies it faced before release. Many governments from around the world discouraged the film. It was announced officially from the development that Borat 2 was filmed secretly during the COVID-19. Even though many production companies have started their development progress in recent days, few others took forward their progress with special permission from the authorities.

When Is Borat 2 Release Date?

Borat 2 will be released on October 23, 2020. The release date has been officially announced for the audience through blog posts and press releases. Though many theaters in the US and the rest of the world are under restriction for proper functioning, the production has decided to reach the audience through the online video streaming platform. It’s said that this film will be reaching 240 countries worldwide through Amazon Prime. The distribution right of the film is acquired by Amazon Studios. Fans are already excited to watch their favorite drama script after a decade. The announcement of the release date came after lead actor Baron Cohen was seen driving the pickup truck in Los Angeles during the COVID-19 lockdown. Though Cohen was seen after his debut entry in 2006 he made his appearance public in recent times.

Who Are The Cast Included In Borat  2?

As of now, we don’t have any official confirmation over the performance artist included in Borat 2. The only confirmation over the cast details that we have right now is that, similar to the first sequel of the film Baron Cohen will be featuring in the lead role. Based on the information from the latest reports it’s clear that the details of the cast of the upcoming will be revealed quite before the actual release date. The worldwide reach of the film has become much simple through digital platforms, which will provide huge exposure for the cast included in the film.