El Camino is a movie that all the Breaking Bad fans are waiting for and the fans were greeted with many old faces from the show. But that doesn’t end there as it was recently reported that the movie is meant to bring back at least 10 characters from the AMC show. Aaron Paul plays the role of Jesse Pinkman who is the main character. In the first promo, we were shown Skinny Pete (Charles Baker) refusing to rat out his buddy Jesse. After that, it was confirmed that their boy Badger (Matt L. Jones) would also return for the movie.

Moreover, Jonathan Banks pulled a classic Mike Ehrmantraut move by revealing his own appearance in the movie. That is a total of three supporting characters confirmed for the movie, and now we have a fourth which is Old Joe. His appearance was teased in the trailer of the movie which aired during the 2019 Emmy Awards. But we don’t see the junkyard, instead, we hear a phone conversation between Old Joe and, presumably, Jesse Pinkman. El Camino will “Go for Joe” in the upcoming Breaking Bad movie. Everyone knows that who Jesse is since it was shown that he was on TV as a wanted man after the Breaking Bad finale.

Old Joe owns a junkyard called as Rocker Salvage and he has helped out Rocker Salvage junkyard and he’s helped out Walter and Jesse a few times. He first made his debut in season 3 at that time he saved both of them (Walter and Jesse) from Hank and he also returned in Season 5. Breaking Bad maestro Vince Gilligan who wrote and directed El Camino revealed that he will be at least 10 Breaking Bad characters this means that El Camino isn’t going to play well for people who aren’t caught up on the TV show. 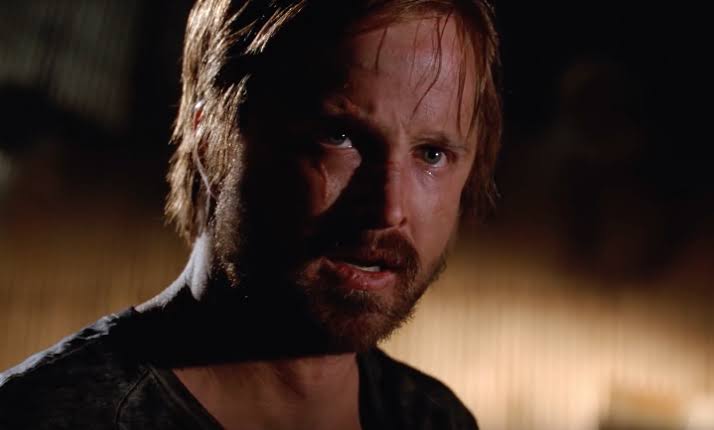 Vince Gilligan explained to THR the reason why decided to tell the rest of Jesse Pinkman’s story in a movie instead of just letting us imagine where he drove off to, he said “But I started thinking to myself, ‘What happened to Jesse?’ You see him driving away. And to my mind, he went off to a happy ending. But as the years progressed, I thought, ‘What did that ending — let’s just call it an ending, neither happy nor sad — what did it look like?”. It will be interesting to see how this movie does, El Camino: A Breaking Bad Movie will release on Netflix and in select theaters on Friday 11 October.