Strictly Come Dancing is a TV dance contest in which celebrities partner up with professional dancers to compete in the main ballroom and Latin dance. Moreover, because of its success, The Guinness World Records has named Strictly to be the world’s most successful reality television format. Right now, it is currently in its 17 seasons. The winner of this year’s Strictly Come Dancing get the coveted Glitterball trophy, and each star also gets £25,000 for signing up. 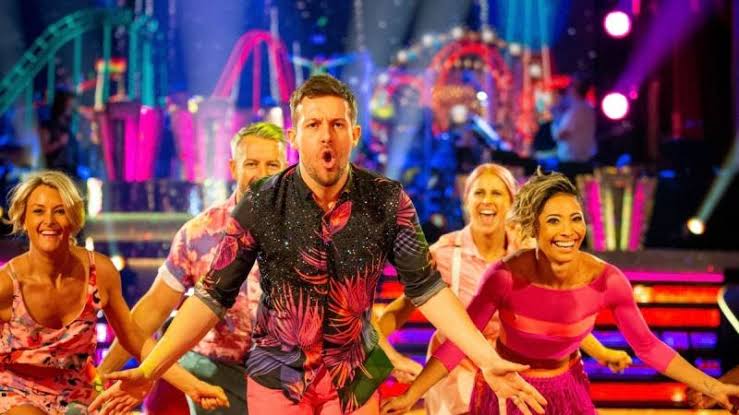 Moreover, If they manage to stay on the dancefloor until the end of October, this rises to £40,000. Those who make it to the quarter-finals see their fee jump to £60,000. Stars who make the semi-finals will see a climb to £75,000. While the winner will be paid £100,000. The judges of the show are Motsi Mabuse, an experienced dancer, and sister of Strictly professional Oti, who was announced as her replacement in July.

Mabuse has been a judge on the German version of the show, known there as Let’s Dance, since 2011, and declared herself “overjoyed” at joining the UK panel. She joins Bruno Tonioli and Craig Revel Horwood, who have both been on the show since it launched in 2004, and Shirley Ballas, who replaced Len Goodman (one of the panel’s other founding fathers) after he stood down in 2016.

As for the Stars that joined this year’s contest are as follows:

Here is the full professional line-up:

The show is currently airing and here are the update of the last remaining episodes of the show:-