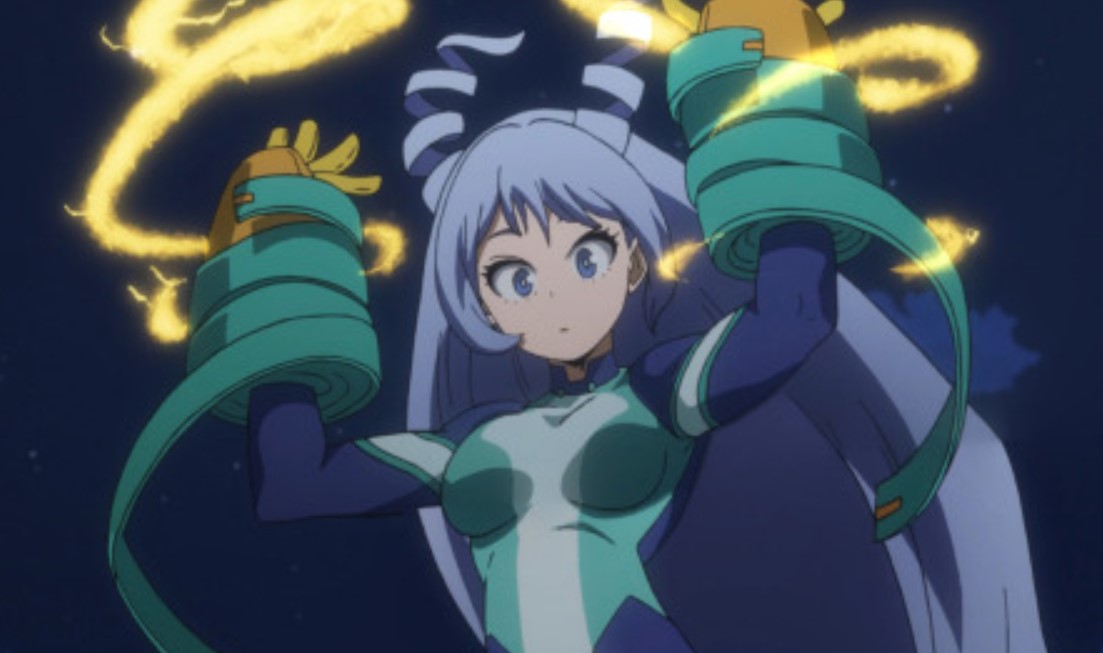 Deku asks Lemillion how he manages to get here and he reveals that he got the updates about the battle in Jaku City from the Villa team. After discovering that he decided to come here using his Permeation’s special mode of travel. Lemillion remembers the day before he gets to know about the battle when Bubble Girl informed him of the operation that he wanted to take part in it. At the U.A he asked Eri to restore his Quirk. When Eri touches his cheeks, her hands start shining and his Quirk is restored.

Back to the present, Lemillion thanks Eri, but he knows that his power is not enough to take down all the Nomu in a single hit. He yells for help while the Nomu gets near Best Jeanist. Katsuki realizes earlier when he save Deku the explosion was too powerful and faster more than the usual ones. Before the Nomu can grab Best Jeanist, Ingenium, Nejire Chan and Katsuki stops them and save the Hero. Ingenium warns Katsuki about pushing himself to the limit which can result in him getting injured.

My Hero Academia Chapter 294 will be released on Sunday, 13 December 2020. The new chapters of My Hero Academia is released every Sunday. Unfortunately, the spoilers of chapter 294 are not yet released. Note that this manga sometimes changes its weekly release schedule. Let’s take a look at what happens below 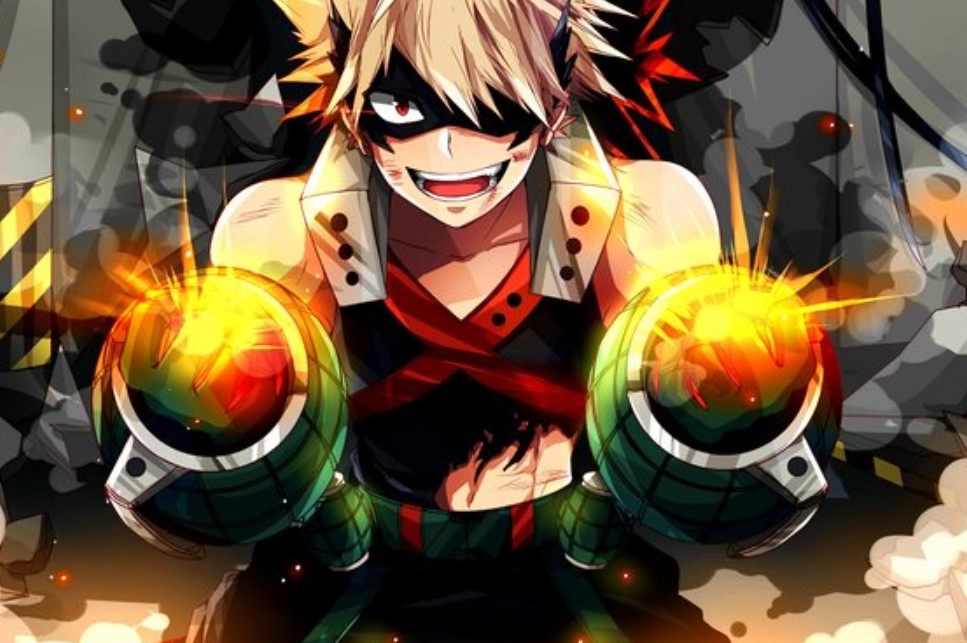 Previously on My Hero Academia Chapter 293

When Katsuki is falling Best Jeanist asks him if he has experienced the world, calling him ‘Bakugo’. Katsuki replies that the name ‘Bakugo’ was only temporary. He reveals that starting today, his real hero name is Great Explosion Murder, God Dynamite. Best Jeanist thinks that it’s a childish name and Lemillion thinks it’s funny. Katsuki said that there’s nothing funny about it. Meanwhile, Gigantomachia is trying to free himself from the trap and the Heroes continue fighting the Nomu.

Dabi is clashing with Shoto in mid-air he manages to grab him while increasing his heat hoping to kill him. Shoto is concerned that Dabi will die too. Shoto said that he is glad looking at the way his brother has been raised with so much love. He was just trying to provoke his father to see how he will react. When Dabi is trying to deal with Shoto the killing blow they got separated by Blackwhip that surprises Dabi. While Deku shot his Quirk from his mouth and Dabi yells that it is a family matter no one must interfere in it.

Deku replies that Shoto is his dear friend and has seen how Endeavor wants to become a better person. He tries to talk good of Endeavor. Dabi reveals that it doesn’t change anything about all the bad things that Endeavour has done. The bad doing of Endeavour result in Dabi to be a villain. As justice is losing and evil is thriving, Dabi simply points out who’s responsible for all that. He says that in the upcoming future, Heroes’ lies and lip-service will be driven extinct.

Suddenly Gigantomachia manages to get out from Best Jeanist’s wires. Endeavour uses his last strength and knocks the giant down before it can cause destruction. He also got himself knocked out and Gigantomachia starts losing strength. Lemillion reveals that the sedative takes and it was not showing effects until now. The Heroes thinks that the sedative must have worked.