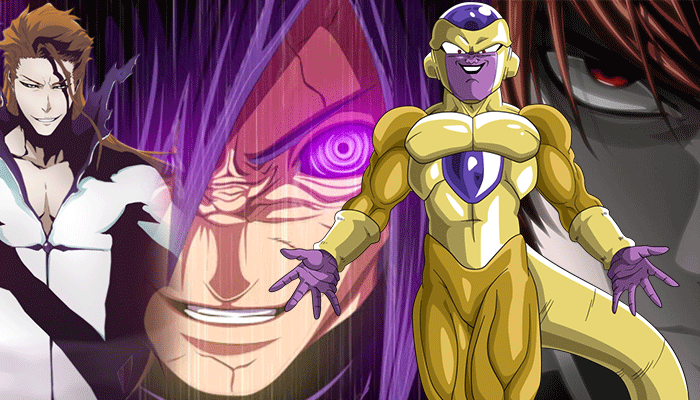 The evergrowing anime industry is more significant than ever. Alongside with more prominent and powerful protagonist, we get stronger villains. The evidence has moonshined out hundreds of super intelligent and cunning bad guys, but there are some villains that fans cannot help but fear more than others.

So, recently, a popular Japanese site hosted a poll reaching out to anime fans and asking them to vote for anime’s evilest guy, or one may say as Antagonist. Soon after the poll entries, the result was announced to a shocking surprise we had a very unexpected winner.

The most votes went to Light Yagami from Death Note, and he came as the evilest villain of all time. Although many fans may explain master-mind super intelligent high school student is more of an anti-hero, but one must agree he did make many wrong choices and killed many innocent and close people to him.

Now talking about the rest of the list, Dragon Ball Z iconic villain Freeza was ranked as the second evilest villain. Freeza has obliterated whole planets without any flinch, and he’s not afraid to kill even his associates. When it comes to it, Freeza is very pleased to be described as killing machine, and that made him the only villain suited to join this lengthy list. Although in recently aired Dragon Ball Super Universe Arc Freeza saved Universe 7 alongside Goku but has his selfish reason behind it.