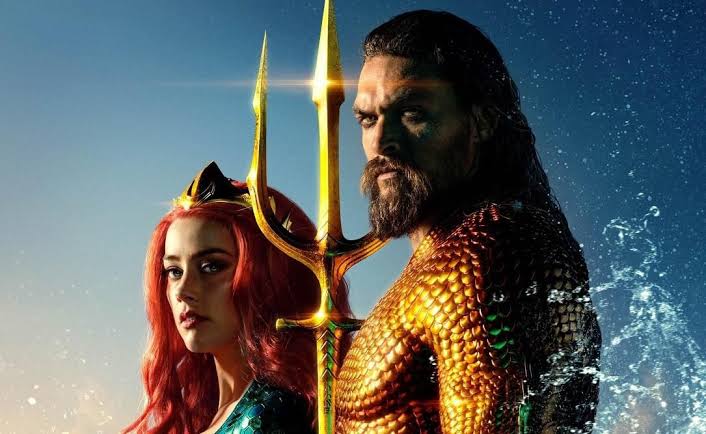 In this post, we are going to talk about Aquaman DVD update, and details. The film is one of the finest from DC Universe and fans have been showing immense love to the film. Aquaman was released on 21 December in the United States. The film is still in theatres and is still continually attracting viewers. Astonishingly, the film grossed 1 billion dollar mark for worldwide box-office collection.

$1 billion is a significant achievement for a movie, and we are still away from the revenue that will be generated by selling DVD and digital rights and broadcast rights! So, when will the film come to DVD and Blu-Ray handsets? Well, that is a tough question to answer for now. It is because the film is still in theatres.

It is not announced that when will the film release on the DVD platform, but we might get a date soon when it will complete its theatre run. Nonetheless, the DVD version is available to be pre-ordered on Amazon! For those who want to ensure the purchase better pre-order to receive whenever it is available! 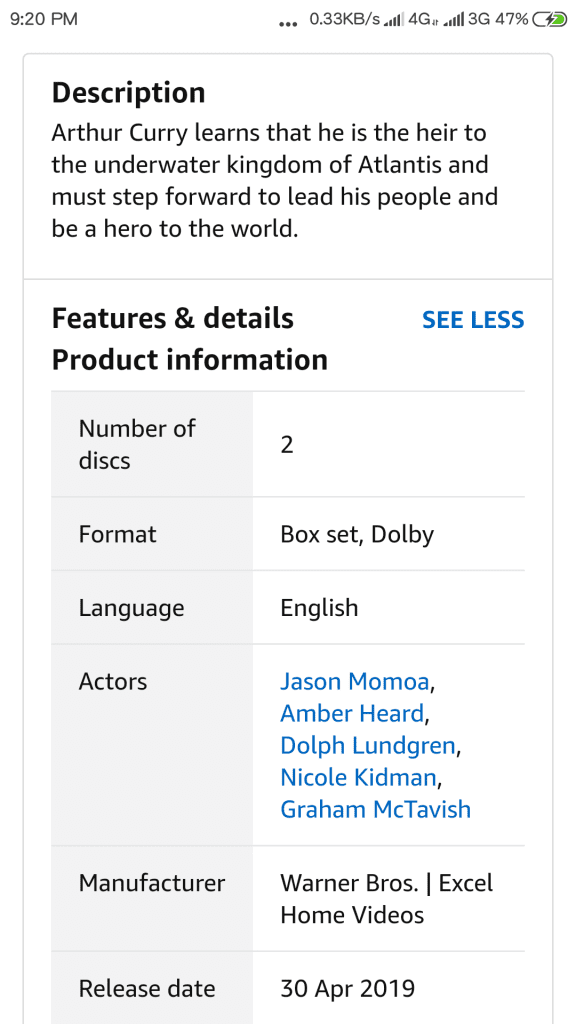 However, while casually checking the Indian Amazon site, I encountered a update in the detail section of Aquaman, check it in the screenshot. It says 30 April 2019! Could this be the actual DVD update worldwide? Or it could be Indian DVD update? And is it mistakenly shown? A lot of questions are popping up, and we have no answers to it!