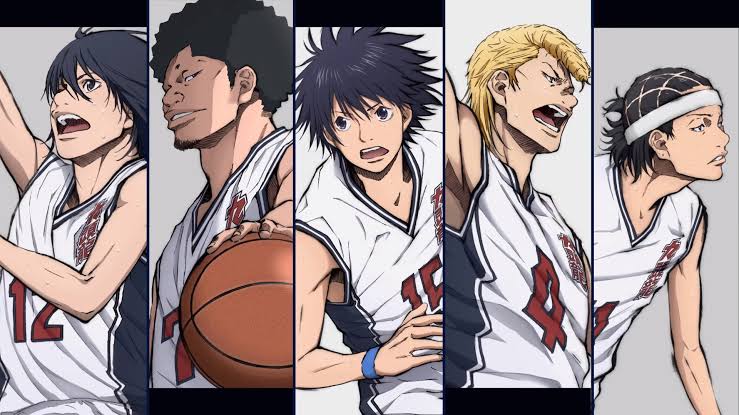 Ahiru no Sora update and time

Ahiru no Sora, a new sports-type anime. Which is slightly like ‘Kuroko no Basket’ and ‘Slam Dunk’ or might even better. Like them, it is also a Basketball sports anime with the tension of losing and winning. For sports lovers, especially for Basketball, this anime is fit for them.

In this post, we are going to talk about the upcoming episode 17 of Ahiru no Sora. Streaming details, date, and time all of it. The previous was Episode 16 titled ‘The Best Start and The Worst Start.’

When is Ahiru no Sora Episode 17 Will be Airing, Time And Channel?

Ahiru no Sora is going to release their new episode on Tuesday at 6:30 PM JST in Japan. If you are in Japan, you can watch it on Tv Asahi. If you are not in Japan fret not, we are also going to talk about the streaming details.

Ahiru no Sora is produced by studio diomedéa, which comes in the genres of Basketball, Shounen, School, Drama, Sports, and Comedy.

Where to stream Ahiru no Sora?

You can stream Ahiru no Sora officially only on Crunchyroll and Hidive. We recommend you to use the official platform. This may help the creators of the anime as well as the studio.

Is Ahiru no Sora, can be streamed on English Dub?

No, you can’t stream Ahiru no Sora on English dubbed, but it can be streamed with English subbed on Hidive and Crunchyroll.

You can check the promo of the Ahiru no Sora Episode 17- ‘Versus’:

About Diamond no Ace: Act II

If you are new this anime, let us explain the details to you. Ahiru no Sora is a Japanese basketball manga series, which was both written and illustrated with Takeshi Hinata. Its manga is the 23rd best-selling manga series in Japan with 1,739,105 copies. The story is about a boy named Sora Kuramatani, who made a promise to his mother that he will dominate his first high school tournament. But now that he entered High School, Kuzuruyuu High School, he finds out that this place is a stomping place for delinquents. But with Sora’s genuine zeal for Basketball, things are beginning to change.